La Vuelta's last stage is and individual time trial on undulating terrain. The course between Padrón and Santiago de Compostela is 33.8 kilometres long, 10km shorter, to the 1993 race-concluding test between the same two towns that was won by Switzerland’s Alex Zülle. From the start, the course heads north-west to Carrais and the climb, the second half heads in a more easterly direction to the finish at Santiago de Compostela. The test’s most significant section of climbing, starts at around 10kms, with the gradient rising steadily through some tight turns. The first intermediate checkpoint is located at the 13km mark, the road climbing a little more beyond it. After the descent, the second intermediate checkpoint lies just past this village of Bertamiráns. The elevation gain in the last 5 kilometres is 120 metres.

The final kilometres twisting upwards through the city to reach the Plaza de Obraidoro in the front of the magnificent cathedral that’s a magnet for pilgrims. The last man will head down the start ramp at 7:49 p.m. local time. 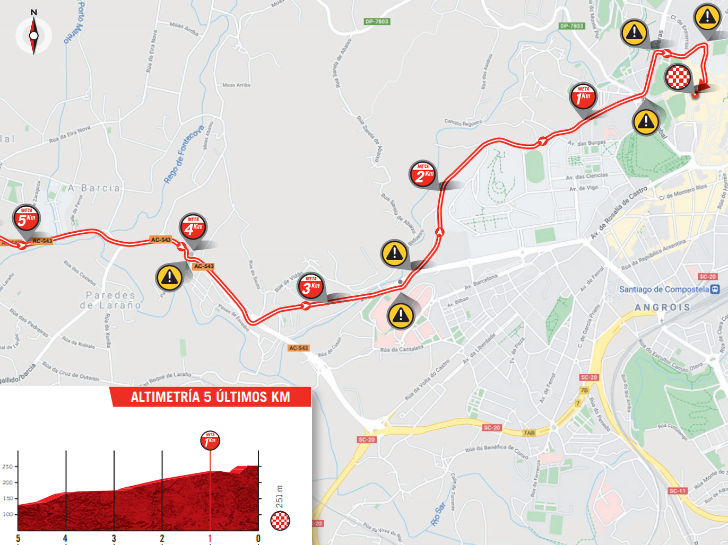 The best of the also rans

1 stage of La Vuelta have departed from Padrón
8.384 inhabitants
Province of La Coruña

Padrón has already hosted a La Vuelta stage departure. In fact, the La Coruña municipality knows what it is like to be a decisive stage in the Spanish grand tour. This route, departing from Padrón and finishing at Santiago de Compostela, was already completed in the final stage of La Vuelta 1993. Alex Zülle won that time trial, though his victory was only partial and did not allow him to beat his compatriot, Tony Rominger, in the overall classification.

The most famous produce of Padrón are its peppers (Galician pementos de Padrón), which are small green peppers from the Capsicum annuum family. They are served fried with olive oil and coarse salt. Most taste sweet and mild, though some are particularly hot and spicy, which gives its character to the dish. 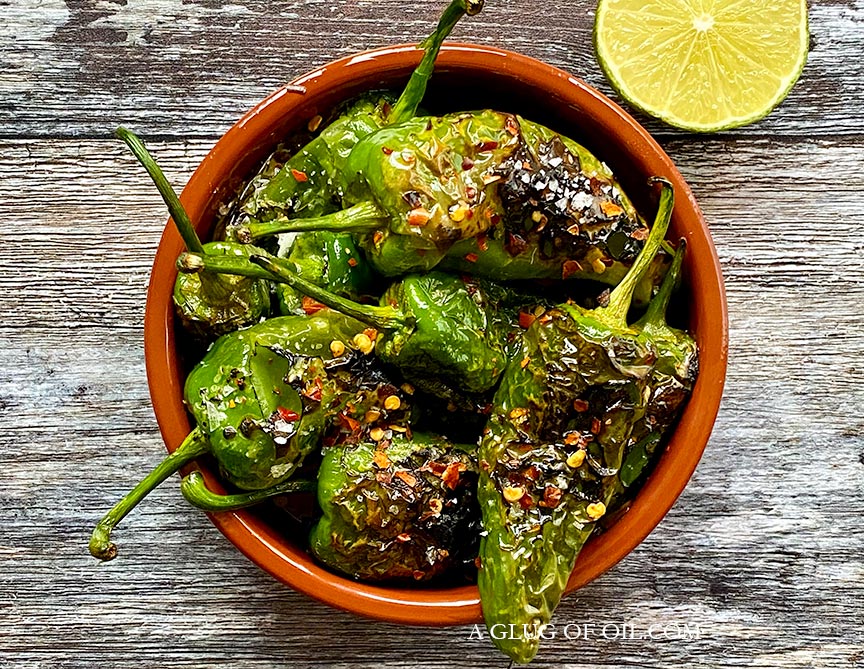 7 stages of La Vuelta have had finales in Santiago de Compostela
97.260 inhabitants
Province of La Coruña

In the last 30 years, whenever La Vuelta has left Madrid in order to finish the edition in a city other than the capital, the chosen one has always been Santiago de Compostela. The La Coruña municipality will again be a decisive one in La Vuelta 21, coinciding with the celebration of the Jacobean Year. Hence this edition of the Spanish grand tour that departed from the Burgos Cathedral finally crosses the finish-line where the pilgrimage comes to an end: at Santiago de Compostela.
Santiago de Compostela is the capital of the autonomous community of Galicia, in northwestern Spain. The city has its origin in the shrine of Saint James the Great, now the Cathedral of Santiago de Compostela, as the destination of the Way of St. James, a leading Catholic pilgrimage route since the 9th century. In 1985, the city's Old Town was designated a UNESCO World Heritage Site.

If you’re a potato omelet fan, Betanzos is your next stop. It is not a dish with many ingredients, as it only has four: egg, Galician potato, olive oil and salt. The success is probably due to the fact that they only use potatoes of autochthonous origin and, of course, eggs from free-range hens. 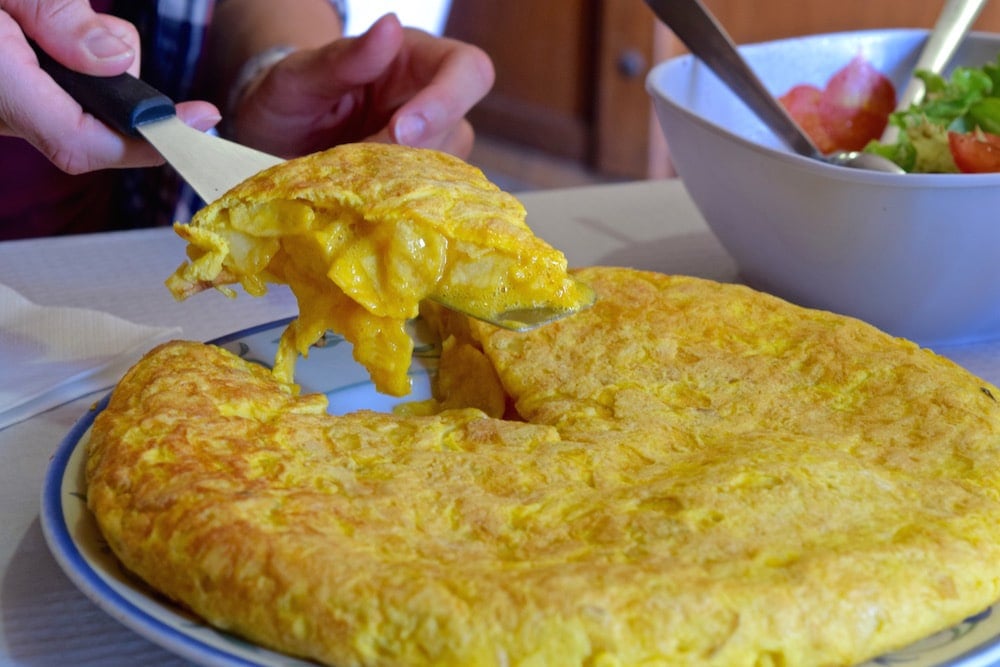 One of the few meat dishes in Spain that is combined with any type of sauce. The most common raxo-topping sauces are made from roquefort cheese or mushrooms.
The one below takes Galician marinated pork and smothers it with another regional delicacy: tetilla cheese. The smooth, creamy cheese melts over the cubes of meat and into the bed of freshly cut and fried potatoes creating a rich mess flavors 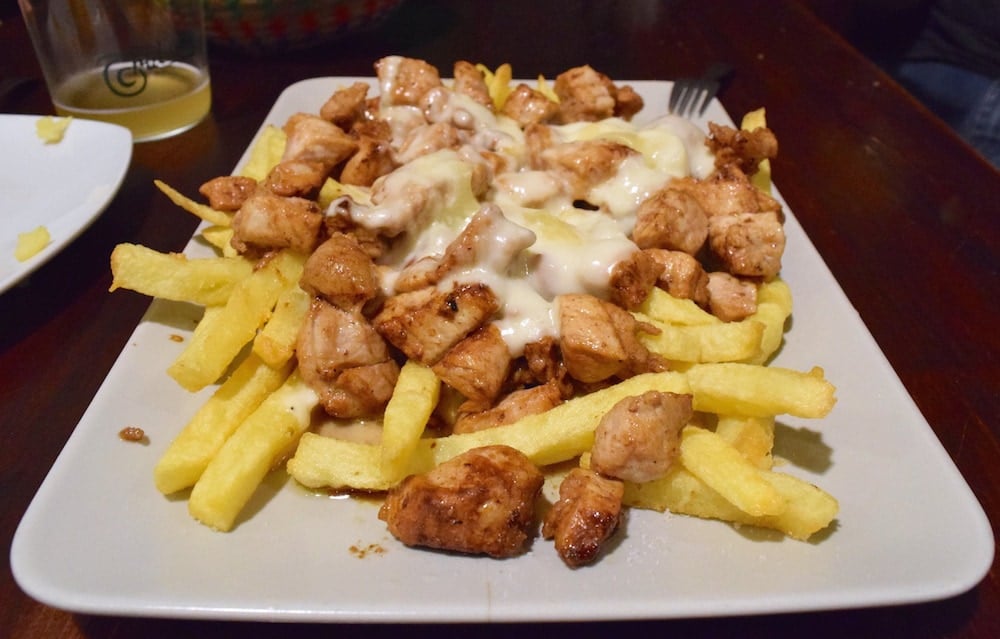 The structure of the day.
Has to be the Plaza de Obraidoro, where this Vuelta ends, in Santiago de Campostela.
The Praza do Obradoiro (Galician for "Square of the Workshop") is main square of the Santiago de Compostela old town, although not placed at the real centre. It lies to the West of the main façade of the Santiago de Compostela cathedral, and thus the Pórtico da Gloria must be crossed to get into the building from the square. It is surrounded by four important buildings, said to represent the four powers of the city: the aforementioned Santiago de Compostela cathedral to the East (the Church), Hostal dos Reis Católicos (the doctors and bourgeoisie) to the North, Pazo de Raxoi (the government; after the Spanish transition to democracy was seat for the President of the Xunta of Galicia, nowadays the city council) to the West and the Colexio de San Xerome (the university) to the South. 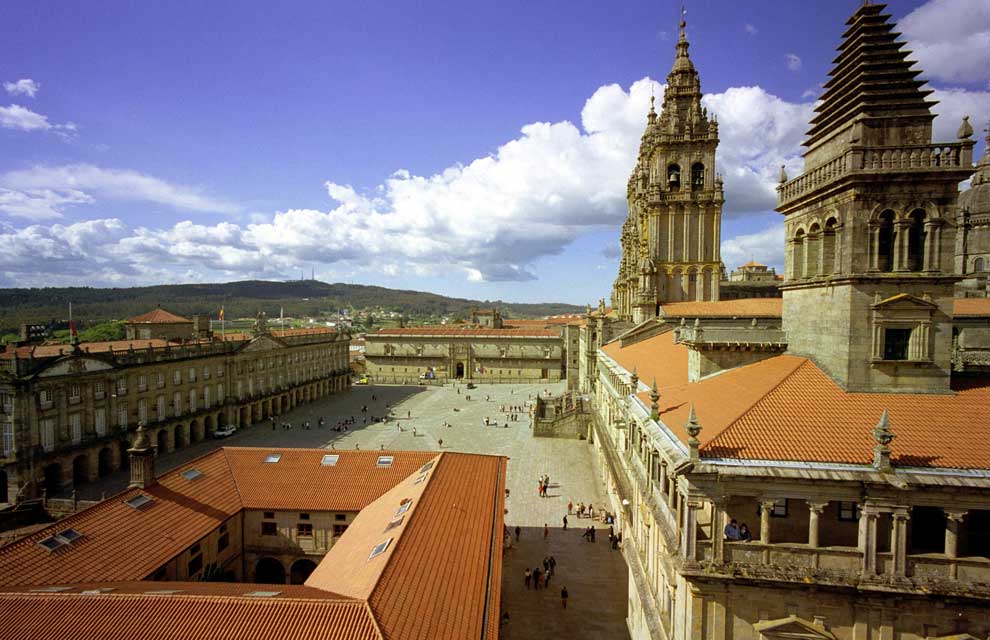 "Science is a tool for cheaters". An anonymous French PE teacher.
4