Stage 20 is untypical of the Vuelta, by not being a mountain stage. It's been promoted as a "mini Liège-Bastogne-Liège”, with around 3,000 metres of vertical gain in its second half, which is based on Mos, the hometown of 2006 Tour de France champion Oscar Pereiro, who’s the Vuelta’s ambassador and has designed this stage. The 202.2 kilometres race features roughly ten climbs with the toughest ones in the second half of the route and a short summit finish. The climbs in the first 100 kilometres are not trying enough to receive a KOM classification, but, they will add to the fatigue. Pereiro describes his first ever stage design as being “rompe pernas” – which is Galician for leg-breaking. Also "perfect for ambushes".
From the start in Sanxenxo, the route undulates from the start. The route relentlessly rolls on and on, to its final test, above Mos.

Certainly, stage 20 at La Vuelta bears resemblance to Liège-Bastogne-Liège, although a comparison to the Tour of Lombardy is also in order. 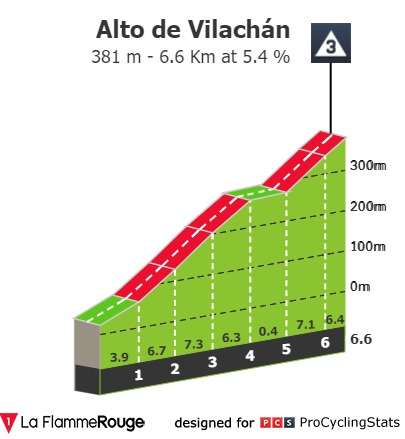 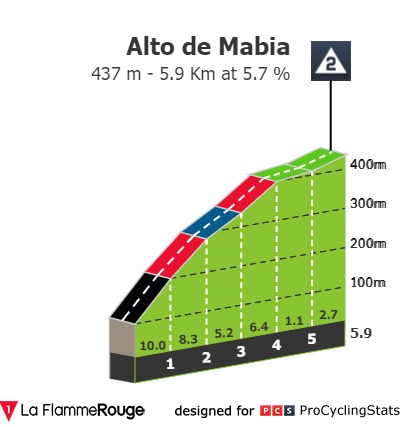 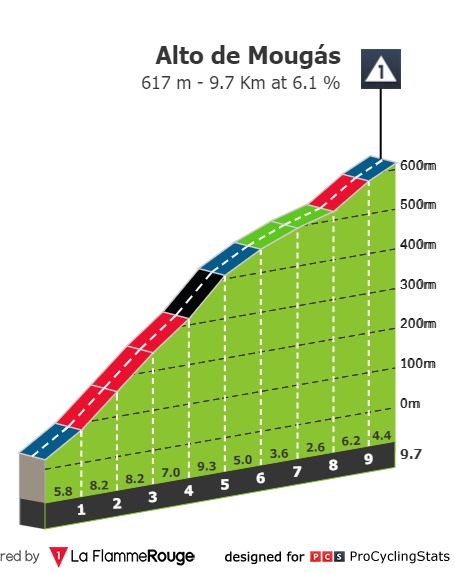 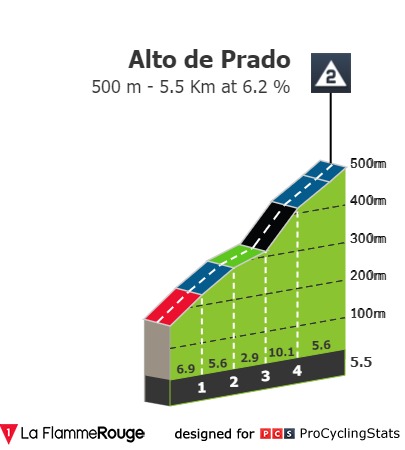 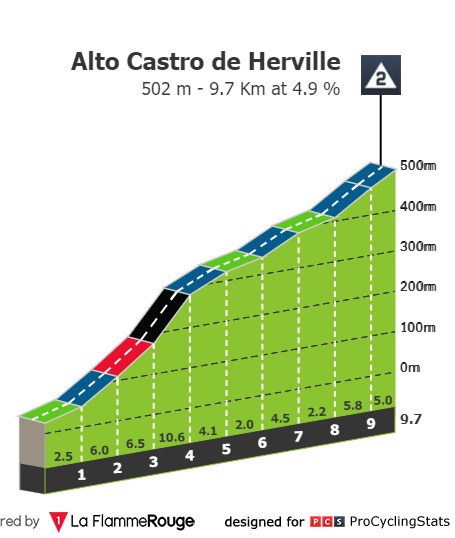 The finish climb adds up to 9.7 kilometres. Kilometre 4, for instance, climbs at double digits and moments later the route goes down again. And the last few hundred meters rise at almost 10% to the line. 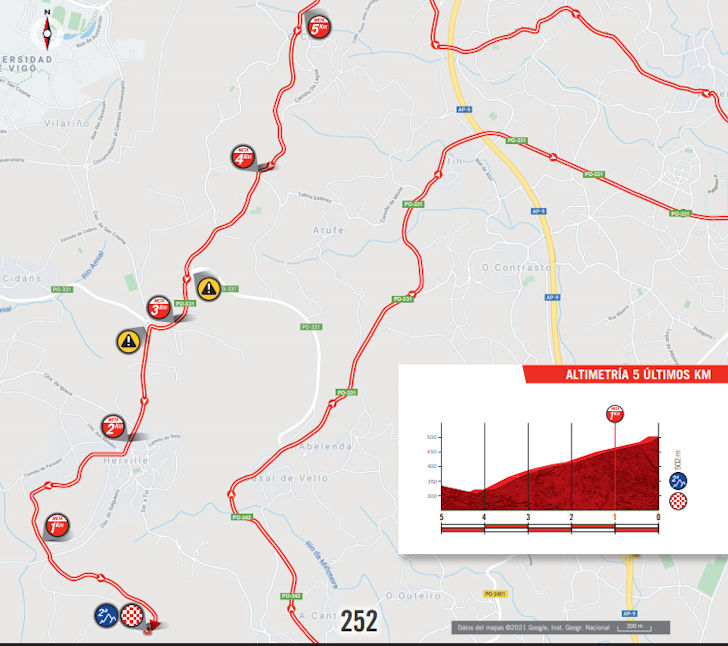 No long ascents, but the type of climbs we'll see in the hilly classics. The second part of the race is particularly brutal, so expect the hilly specialists to fight for the stage honours and simultaneously a battle for the red jersey.

Unprecedented departure
17.414 inhabitants
Province of Pontevedra.
The Pontevedra municipality, one of Galicia’s most popular holiday destinations, has an enviable climate and an average temperature of 15ºC all year round. It also has over 30 km of coastline that will surround the peloton’s route in what is to be Sanxenxo’s first stage departure in the history of La Vuelta. 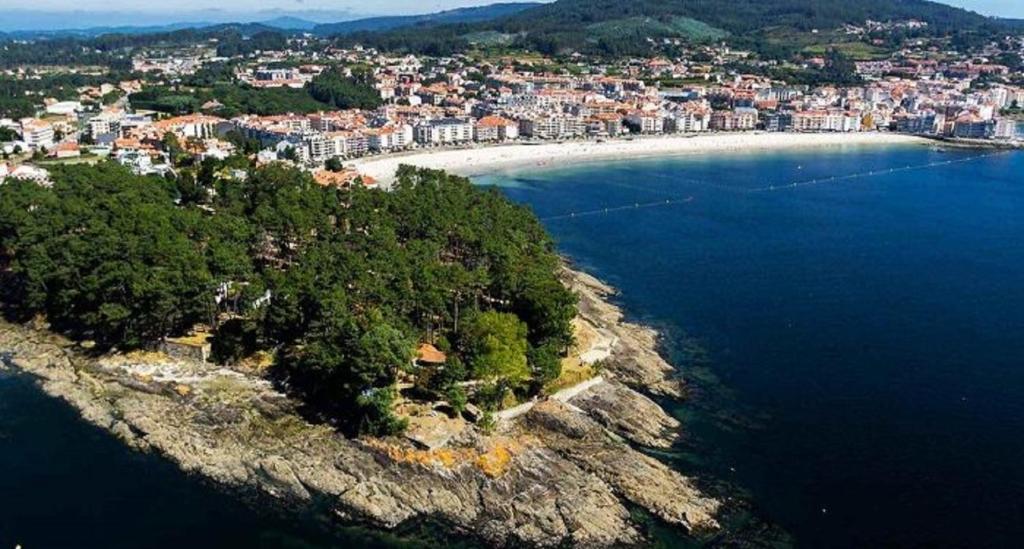 Polbo á feira
Polbo á feira (a.k.a. pulpo a la gallega) is a traditional Galician dish made by cooking octopus, potatoes, and sweet paprika powder in copper cauldrons. The cauldrons impart a unique flavor to the dish, and it is said that it is impossible to obtain that kind of flavor with any other material.

Mariscada gallega
Seafood dishes are one of the most typical dishes of traditional Galician cuisine . It is a dish made up of varied seafood: clams, oysters, crabs, crayfish, lobsters, prawns, barnacles and even crabs.
Due to the above, it is considered that the Galician seafood is a very complete, healthy and relatively simple dish to prepare.

Unprecedented Vuelta finale
15.063 inhabitants
Province of Pontevedra
In 2020, Mos made its La Vuelta debut by hosting the start of an extremely tough stage headed to the Zamora locality of Puebla de Sanabria. This year, it will host the finish-line of a stage held entirely within the Province of Pontevedra. Despite never having hosted a La Vuelta stage arrival before, the locality is no stranger to being a finish-line: the municipality is one of the regular stops along the Portuguese Way of St. James. Óscar Pereiro, winner of the Tour de France in 2006 and a global Ambassador for La Vuelta and Mos, his birthplace, is one of the seven Spanish riders to have won a ‘Grande Boucle’. 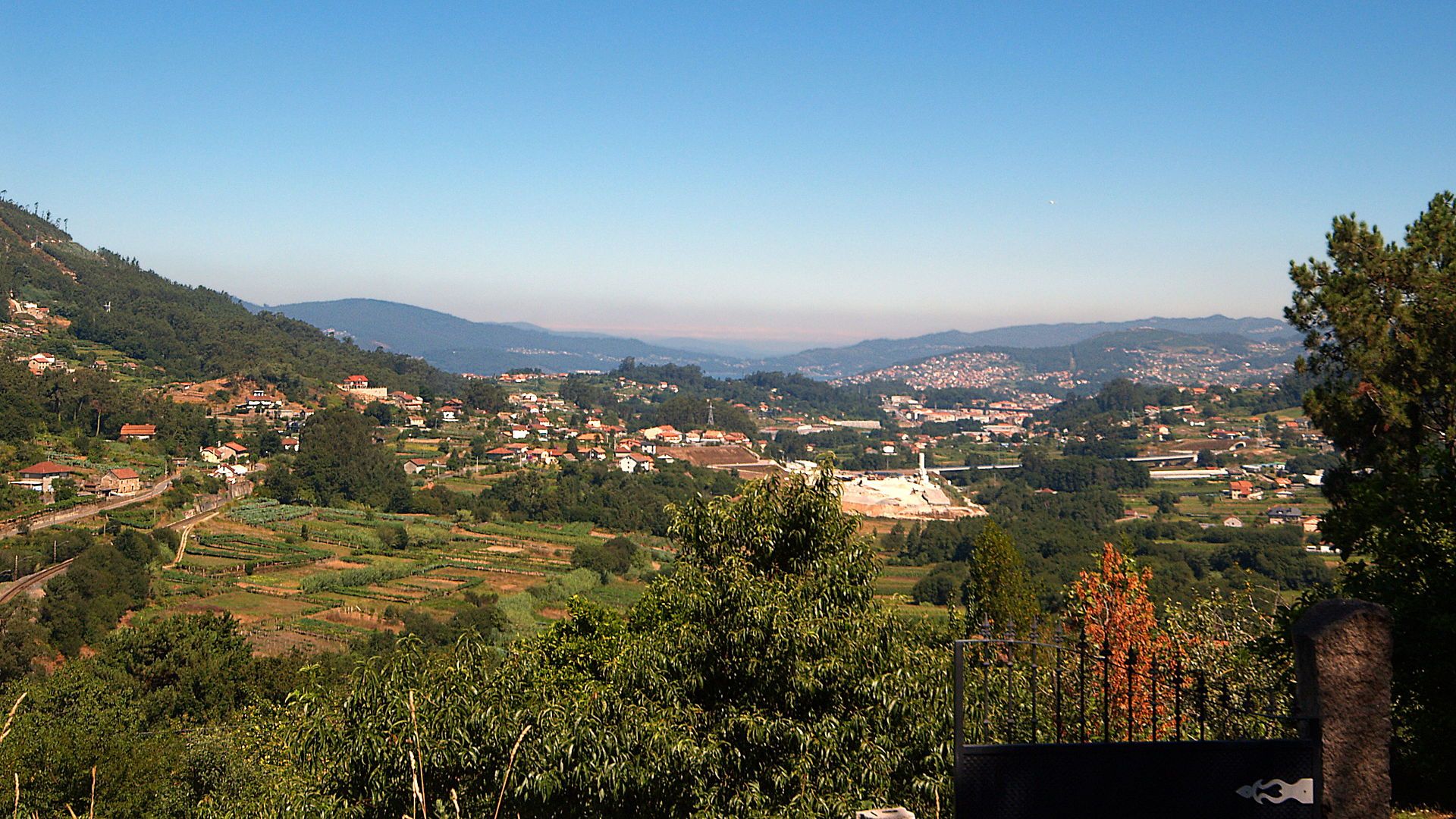 The Louro River floods through Mos from north to south, making the municipality a valley region.
Mos is a transit point along the Portuguese version of The Way of St. James, the stop just before Pontevedra. After Mos, you head North, towards the Santiago Cathedral, where the pilgrimage comes to an end, as does this year's Vuelta. 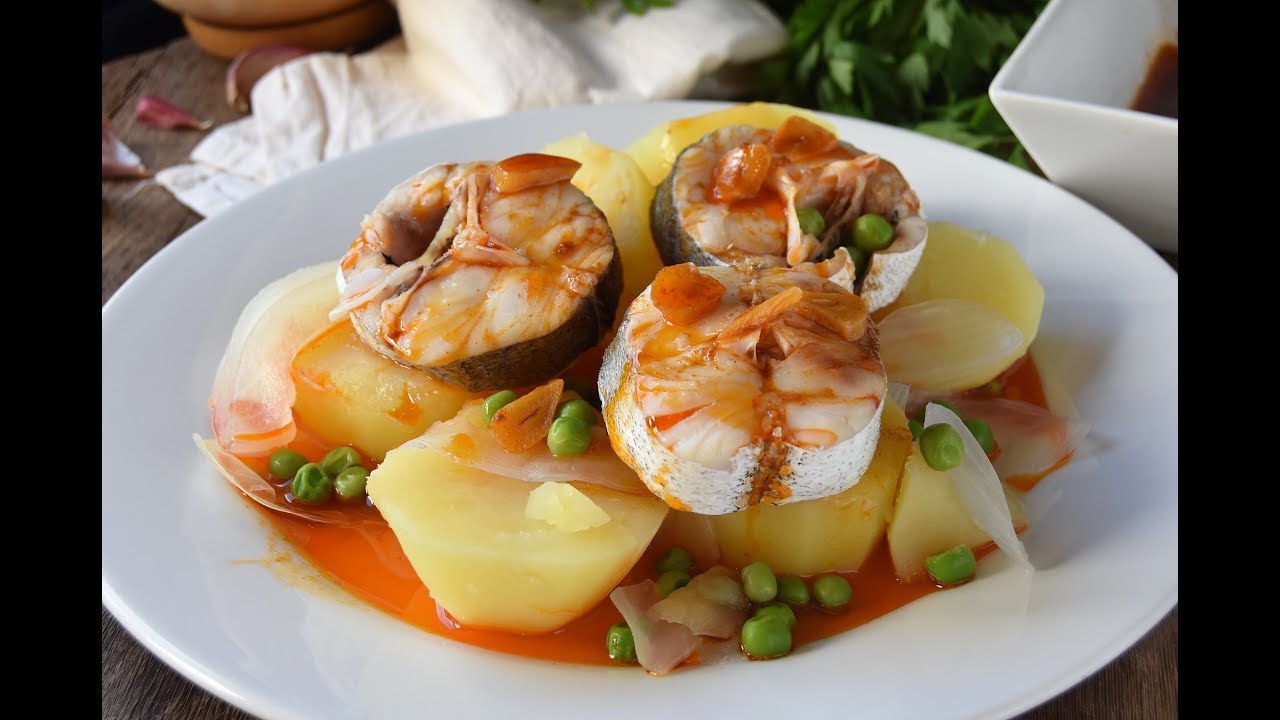 Hórreos
In the North of the Iberian Peninsula, a type of building typical for that region is the hórreos. A hórreo is granary built on pillars which lift it above the ground to protect the stored grain and produce from water seepage. The pillars are topped by the so-called ‘staddle stones’ which prevent the access of rats and vermin. The oldest hórreos still in existence date from the 15th century. There are about 18,000 hórreos and paneras (hórreos with more than four pillars) in Asturias. There are several different types of hórreo, which vary according to the materials used for the pillars and decoration and the characteristics of the roof (thatched, tiled, slate, pitched or double pitched). Hórreos can be built in stone or made from wood and slits in the side walls allow ventilation.