ducknumber1 Posts: 1,129
August 2021 in Pro race
The 76th Vuelta is upon us, starting this Saturday in Burgos with an ITT before travelling to the South coast of Spain, back up to the North and culminating with another ITT for the finale in Santiago de Compostela on Sunday 5th September. 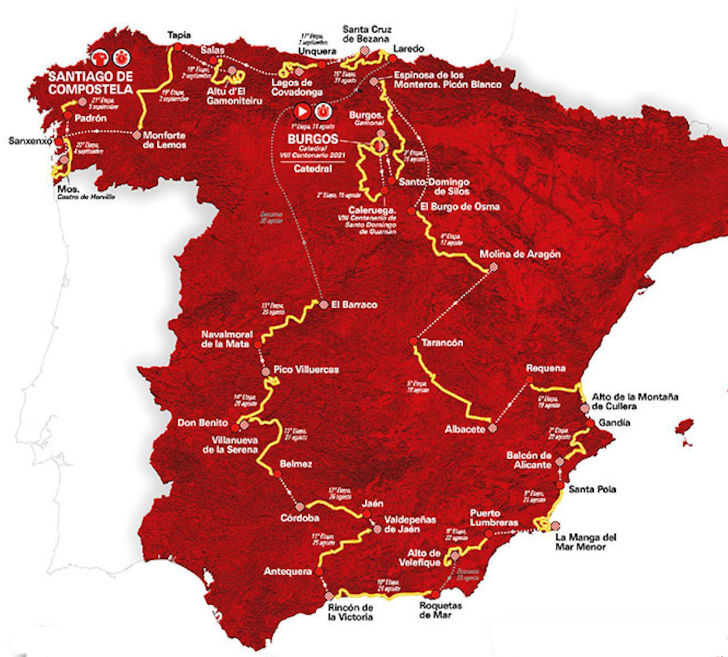 This Saturday, the 76th Vuelta a España kicks into gear with an ITT in Burgos to finish in Santiago de Compostela on Sunday 5 September, also with an ITT. The route features a lot of climbing with summit finishes at Picón Blanco, Alto de Velefique, Pico Villuercas, Lagos de Covandonga and Alto de Gamoniteiro - to name a few.

Score spreadsheet will be updated here.