Defblade Posts: 110
June 2021 in Your road bikes
I've had this bike just a week and a half now, and it's already become obvious I'm never going to get around to taking the OCP pic, so I might as well crack on with what I have taken 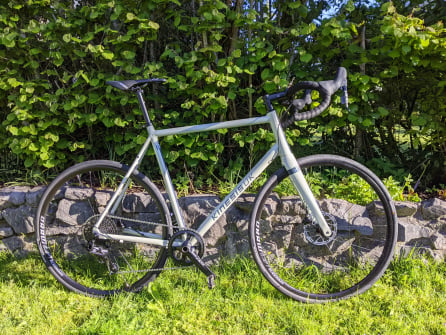 The bike is, as per the title, a Kinesis R1, in XL as I'm 6'4". An ally frame with full carbon fork, and a bottom-of-the-range (but still ok) SRAM 1x groupset, including hydraulic discs. Standard gearing is 44t on the front and 10-42 on the back, 11 speed.
https://kinesisbikes.co.uk/Catalogue/Models/Racelight/R1-Bike

That's the starting pic above, I immediately added some of the basic necessities - computer (Bolt (now "V1"!), bell (Knog Oi! as fashion victim), bottle holders (Cube, on offer), pump, lights (Knog Blinder grids and a Merak bar end), seat pack (Ortlieb - I have a small and large one of these that use the same clip - tools etc in the small one, room to add a waterproof and grub in the larger): 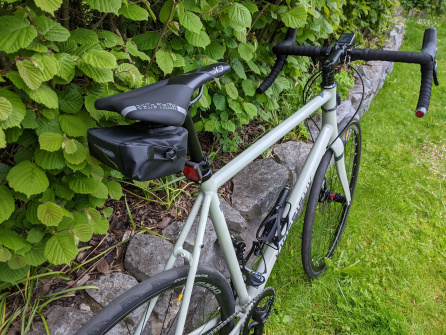 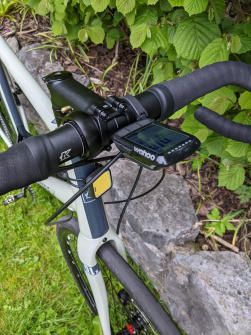 My first spin around my local 10k loop told me that my bum and the saddle were not going to get on, so I tried the Selle San Marco Aspide I have on my old bike (bought for £35 to see if I got on with a cut-out and suddenly 2 hour Zwift sessions were possible) , and that was fine, so I ordered up "supercomfort" version at double the price 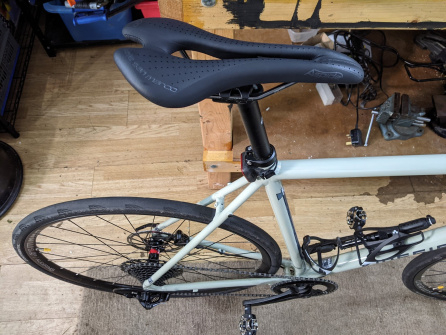 Wales goes up and down a lot, so I tracked down a small front ring before I got the bike. There are supposed to be several sizes available from SRAM, but only the 44t it came with seems to actually
exist. Wolftooth make a 42 tooth though, which gives a 1:1 for the nasty hills 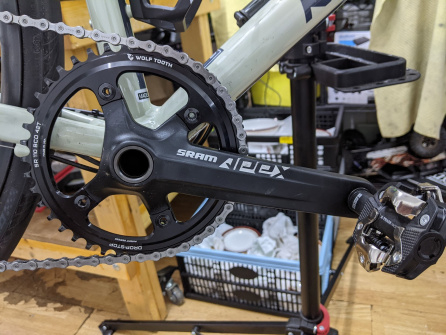 On the subject of gearing, I'm coming from an old audax bike with a triple on the front, so quite a change. However, the range is very similar (especially as I couldn't really use top gear after changing that from 7 to 8 speed, it didn't like it) and I miss the front triple... not at all!
The SRAM shifting does take a bit of getting used to - not least because my hands keep moving towards my old bar-end shifters - I do tend to under-shift a little finding myself going up one instead of down... and then sometimes I just grin and push the harder gear

I'd like a lot less free movement in the brake levers before they bite, which googling suggests is possible with slightly pressurised bleeding, but it's not important enough to worry about yet.

The bars I find a little thin for my big hands and will double wrap them or maybe bulk out the volume underneath the wrap with some old bartape on the tops and the drops. I want to move the hoods to angle up a little, so I will be re-wrapping soon anyway. In the last pic below, you may see I've rotated the bars a little for now to test the hood angle.

I think that's enough for the 12 days I've had it - I've done comfortably over 100 miles on it now and already had some pretty pictures... 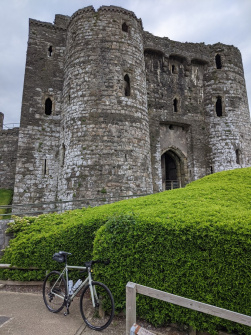 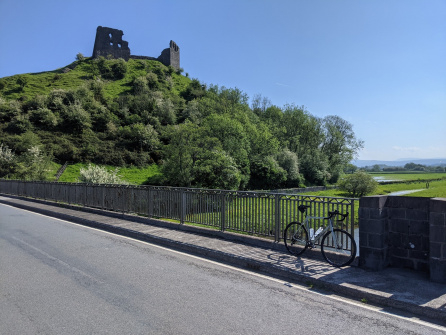 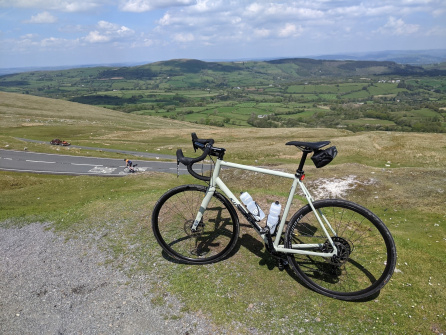 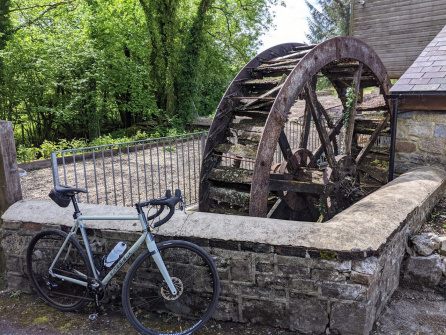