Stage 14 of La Vuelta takes a fairly demanding route through the heart of the Galician interior. At 204.7 kilometres, it is one of the longer stages in the race. With Roglic in the lead, Jumbo will probably want the breakaway to take the win today and most likely for the rest of the week.
The route travels from Lugo to Orense. La Vuelta last visited Lugo in 2016, when then the town hosted a finish. The race ended in a bunch sprint with Gianni Meersman taking the win for Etixx - Quick Step.

The route traverses the rugged interior of Galicia on heavy roads. It is a route that should suit attackers aim to get into a strong breakaway that should be able to contest the win.
The route is going either up or down in the first half of the race. The uphill sections are not too hard, but the endless succession will add to the accumulative fatigue. This stage and the next two on paper may provide opportunities for attacking Roglic and Jumbo, which probably means Movistar to the fore. The main problem is how do you break the strongest team in the race. Again, Movistar have plenty of experience in trying, but with the limited success of Formigal in 2016.

The second half of the race is more gradual, but even then there are three categorised climbs. Again, the slopes are of modest gradient .
Alto de Escairón (8.7 kilometres at 3.3%) 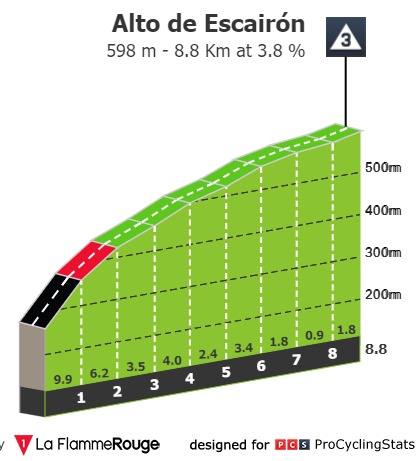 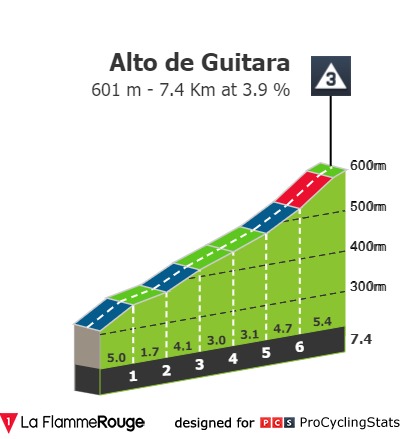 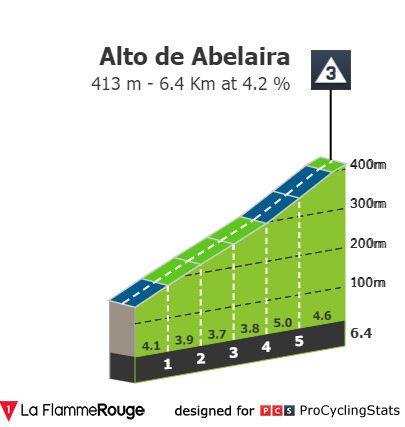 Given the length of the stage and the lumpy first part, the sprinters are expected to have a hard time surviving these ascents. I have also read that there is an uncategorized 1600m lump of between 4-6% which they take twice in the last five kms. Also I believe the last km is uphill at a smidgen under 7% average.

While it was only four years ago that the Vuelta last visited Lugo, it has been sixty years for Orense. In 1960, Frans de Mulder won three out of four stages in the town. The Belgian also took the GC that year.
The intermediate sprint – at kilometre 126.

3 stages of La Vuelta have departed from Lugo
98.025 inhabitants.

Lugo is a city in northwestern Spain in the autonomous community of Galicia. It is the capital of the province of Lugo.
The Roman walls of Lugo were constructed in the 3rd century and are still largely intact, stretching over 2 kilometers around the historic centre. The fortifications were added to UNESCO's World Heritage List in late 2000 and are a popular tourist attraction. It is the only one in the world to remain intact 17 centuries after its construction.

35 years have passed since the last time a La Vuelta stage departed from the city of Lugo. 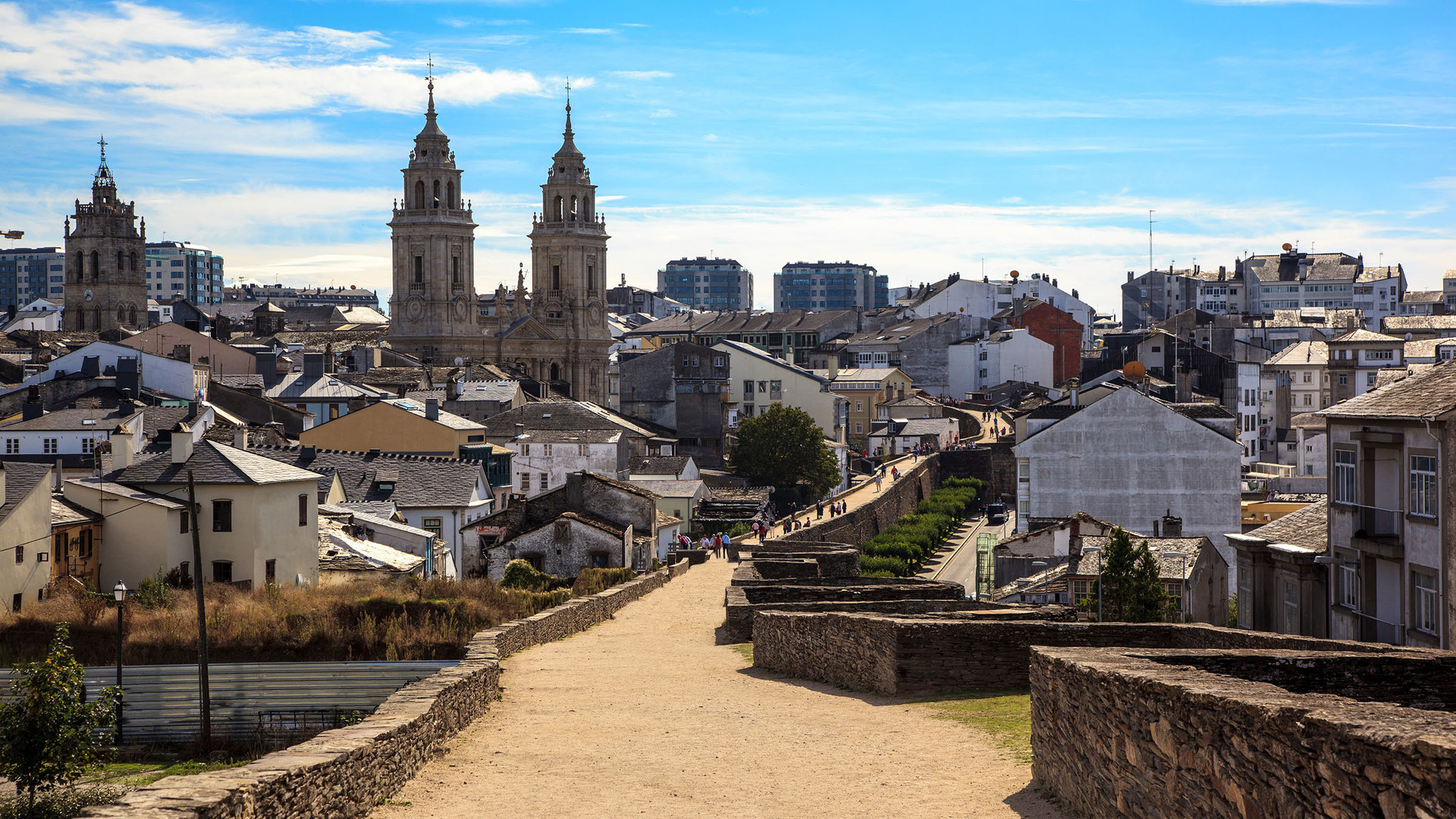 9 stages of La Vuelta have had finales in Ourense.
105.505 inhabitants

Ourense is a city in northwestern Spain. It is on the Portuguese Way path of the Road of St James (Camino de Santiago)
It is and is crossed by 4 rivers and is known for its hot springs, such as the Burga de Abajo, a neoclassical fountain with thermal waters.
The last time a La Vuelta stage ended in the city of Ourense was in 1995. Laurent Jalabert is double winner in Ourense. 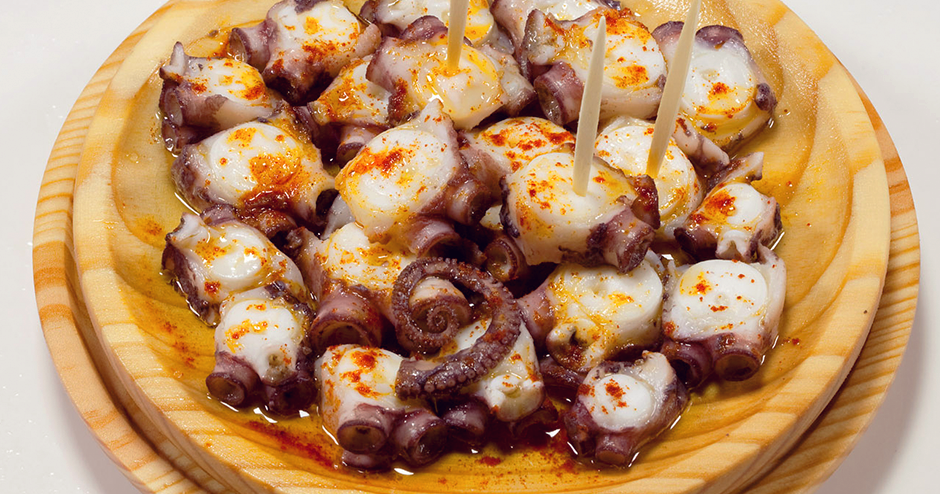 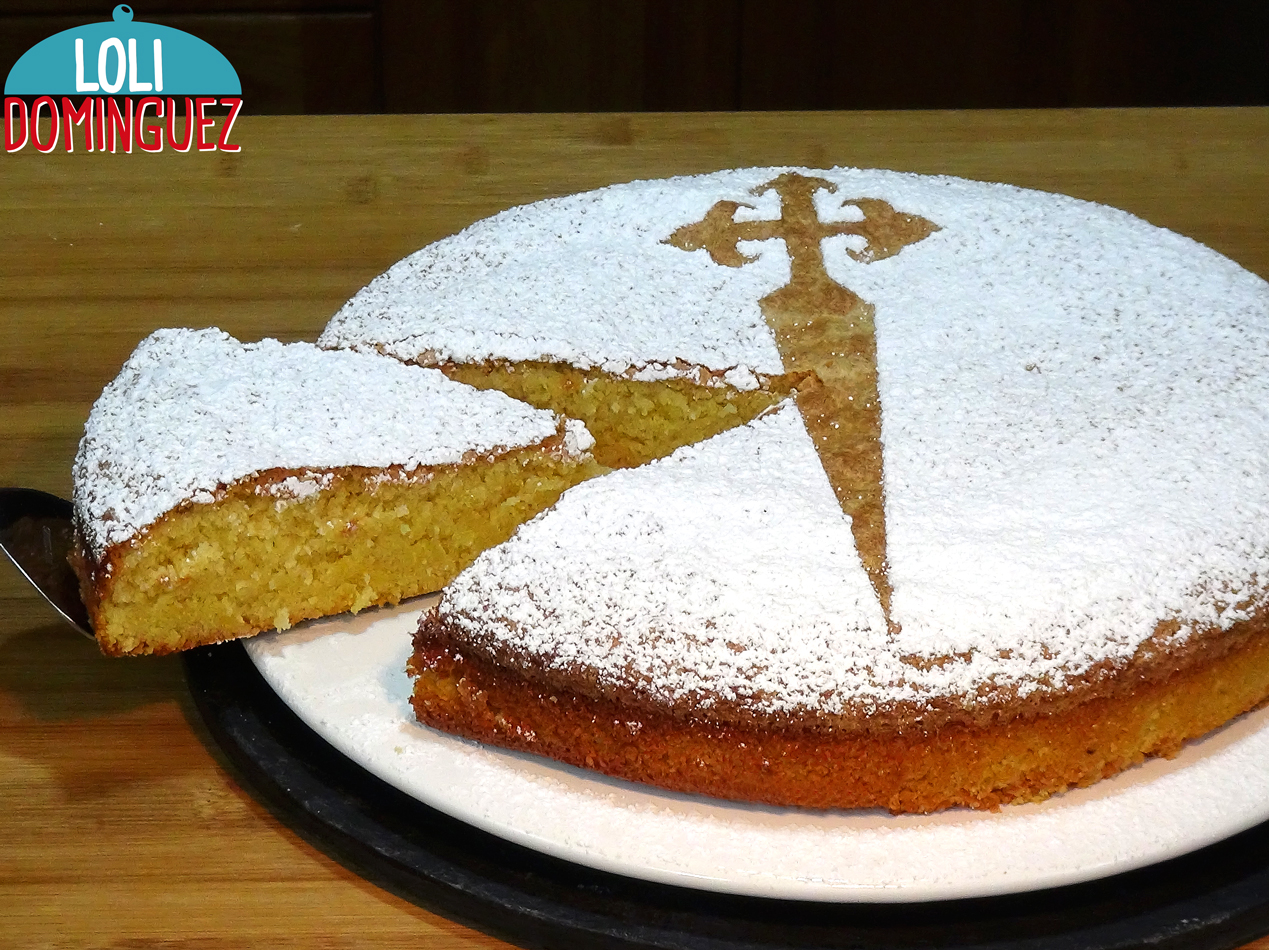 Ribeira Sacra
The Ribeira Sacra was granted DO status in 1996 and for most of the late 20th century and early 2000s the majority of the wine produced here was made from the Mencía grape with limited white wine production coming from the Godello and Albariño grape. However, by the late 2000s, Palomino was the most widely planted grape in the region though Mencía still has a significant presence producing what wine expert Tom Stevenson calls "promising reds".