At 159.7 kilometres, the 7th stage of La Vuelta is a challenging race, traversing the hilly region between Vitoria-Gasteiz and Villanueva de Valdegovía. Featuring a tough climb with 19 kilometres out and a flat finale, the course is tailored for a successful breakaway. 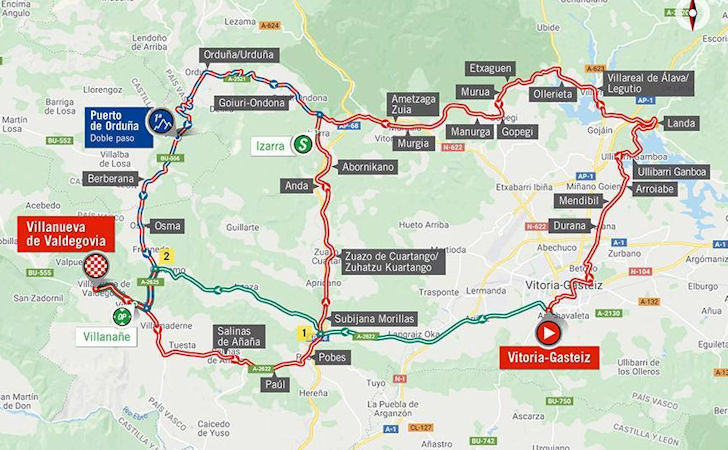 While the route is lumpy for most of the race there is one climb that stands out. Therefore, the route being not challenging enough for GC riders to open up time gaps, the chances are that the breakaway will last until the end. A battle to be part of it is to be expected.

The race kicks into gear in Vitoria Gasteiz and the first 50 kilometres take place on undulating terrain before the riders drop down to the foot of the first climb. The Puerto Orduña is 7.8 kilometres long and the average gradient sits at 7.7%, while the ascent kicks up to 14% just before it flattens out inside the last 2 kilometres. 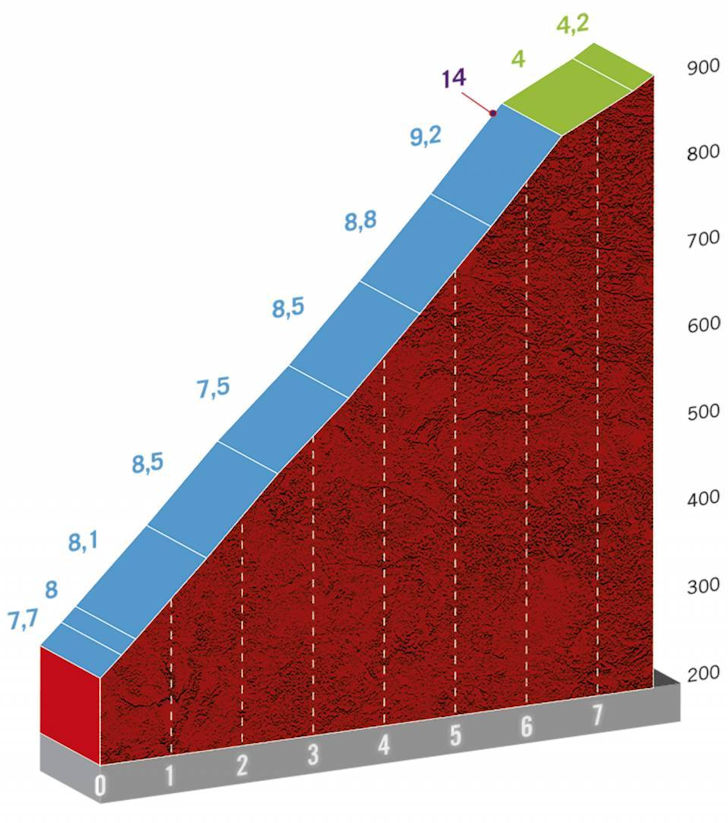 The descent leads onto a more lumpy phase in the race until the flattest part of the route navigates the riders back to familiar terrain. Once again, they drop down to the foot of the Puerto Orduña to tackle the same climb as before on the same side.
Still 18 kilometers to go at the top, 6 of which are on descent. A short kick up leads onto the flat finale.

In the 2018 Tour of the Basque Country Jay McCarthy sprinted to victory in Valdegovia.
The intermediate sprint at kilometre 117.3 comes with time bonuses of 3, 2 and 1 seconds.

18 stages of La Vuelta have departed from Vitoria-Gasteiz
249.176 inhabitants.

Vitoria-Gasteiz is the seat of government and the capital city of the Basque Country and of the province of Araba/Álava in northern Spain.

It has been over 60 years since a La Vuelta stage first departed from Vitoria-Gasteiz. These avenues, though modernised, have remained almost intact over the decades. The excellent preservation work that has been carried out in its iconic medieval city centre has made Vitoria-Gasteiz a must-see destination for history lovers. Its history is also linked to cycling, as its cobblestone streets are the birthplace of Igor González de Galeano, La Vuelta podium (1999), who also wore the yellow jersey i the Tour de France for an entire week, in 2002. Villanueva de Valdegovía is a small rural Basque town with a very particular feature that attracts the attention of all who visit it: the Varona Tower. This historical complex, made up of a palace and a defensive tower, is considered the best-preserved medieval fortress in the Álava territory. Following the passing through of the World Tour peloton in 2018, during the Tour of the Basque Country, its tower is now getting ready to leap to the grand stage with La Vuelta.

Baked, stuffed spider crab is a classic dish which hails from San Sebastián. The crab is stuffed with ingredients such as onions, tomatoes, leeks, brandy and parsley, and is topped with bread crumbs before being baked in the oven. 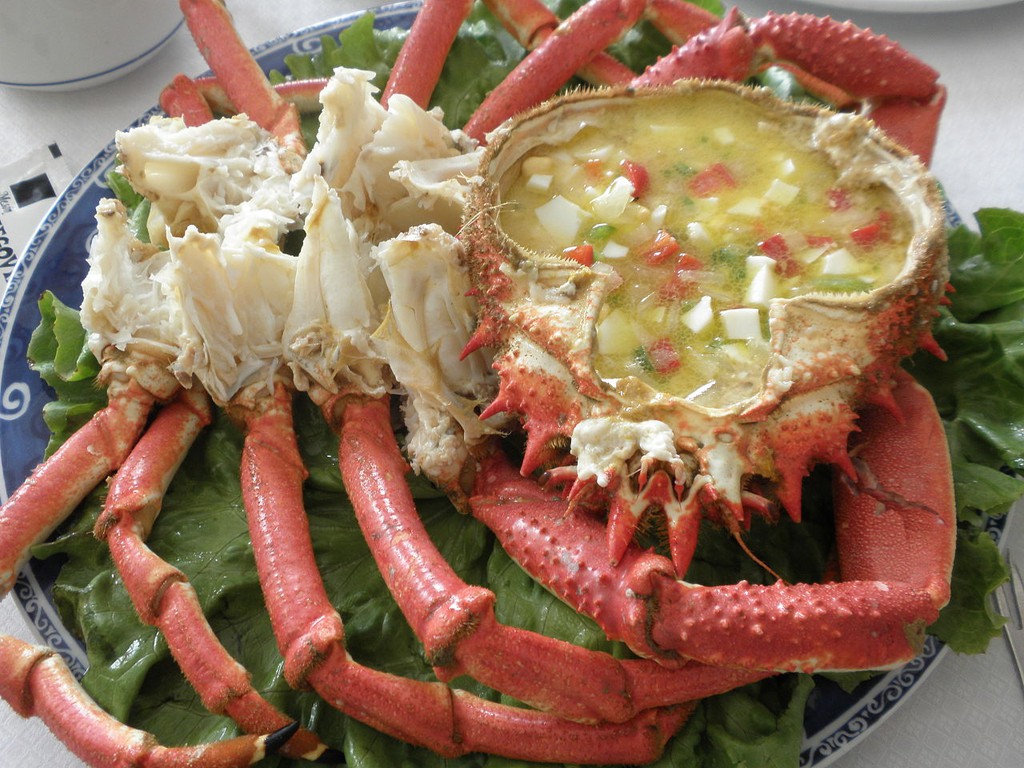 This version of French toast is one of the most indulgent Basque desserts – and one of the most delicious too. Made from brioche-type bread, they’re soaked in milk and egg, before being fried. To finish, the torrijas are smothered in a sweet, sticky syrup flavoured with cinnamon and orange. 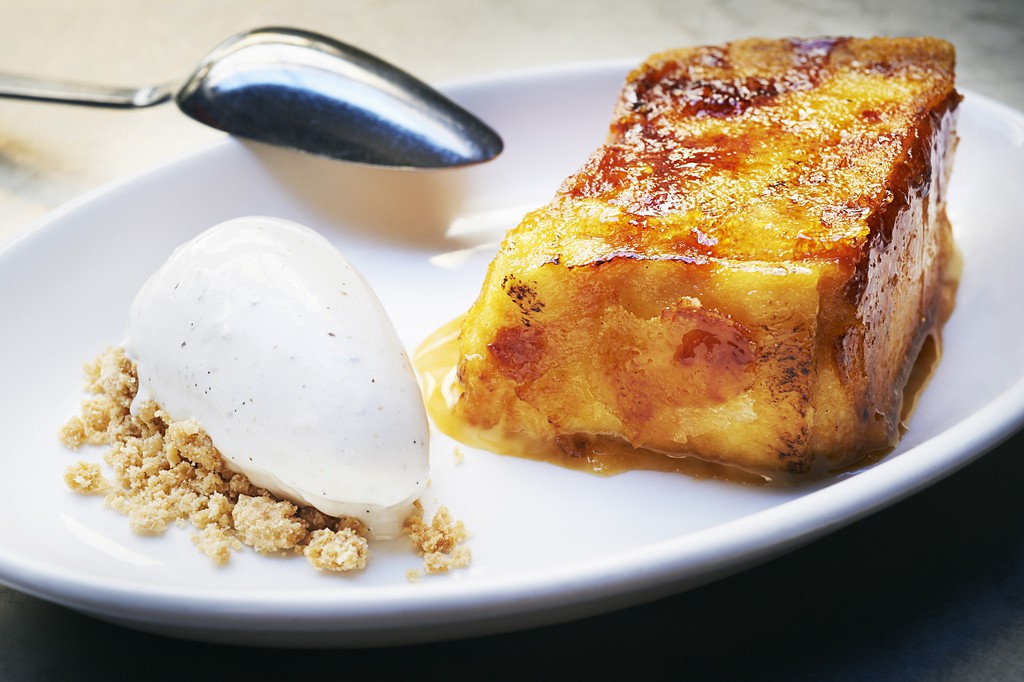