The 2nd stage of La Vuelta is a hilly race with a interesting, downhill finale. Firstly, the riders will travel along the Ribera del Ebro. The climb of the bumpy concrete road to the Sanctuary of San Miguel de Aralar is designated as 1st category. It is followed by 17 kilometres of smooth asphalt into Lekunberri. 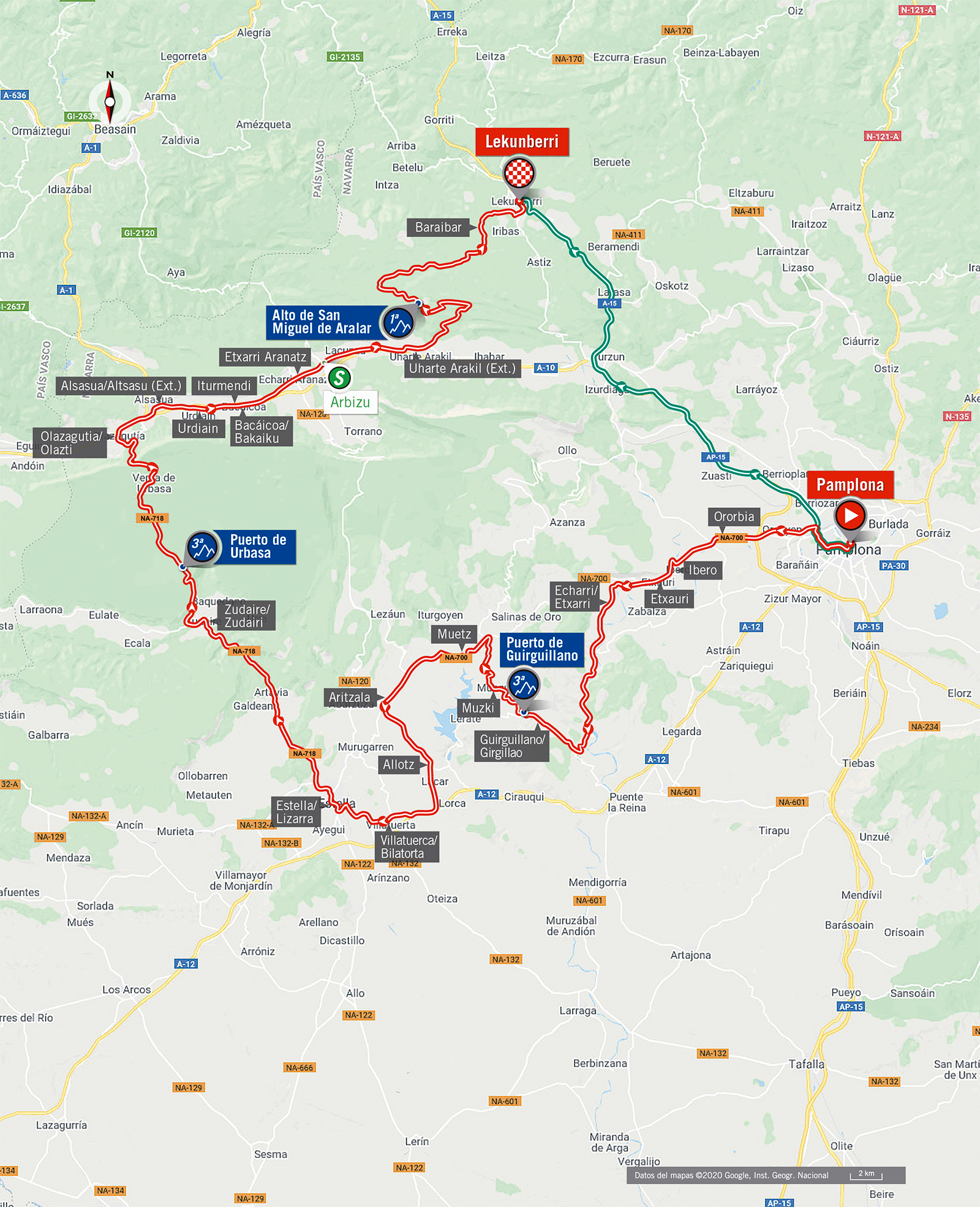 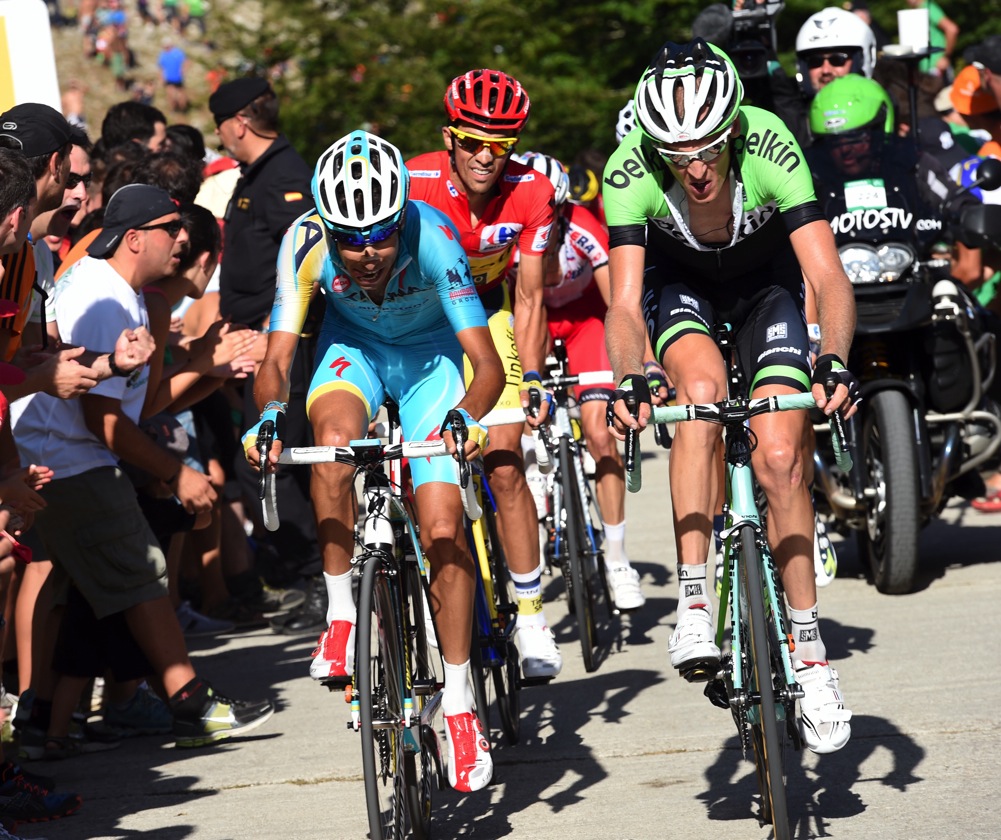 The first part of the route is perfect to establish a breakaway. Undulating terrain and two uphills standing out – Puerto de Guirguillamo (8.2 kilometres at 4.3%) 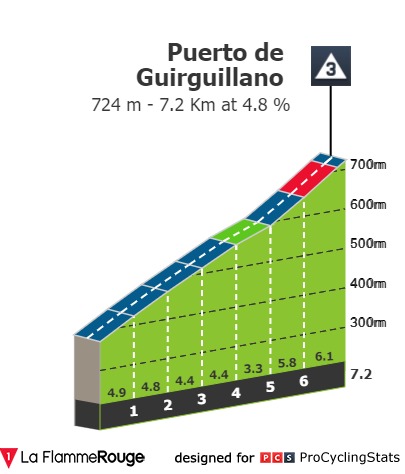 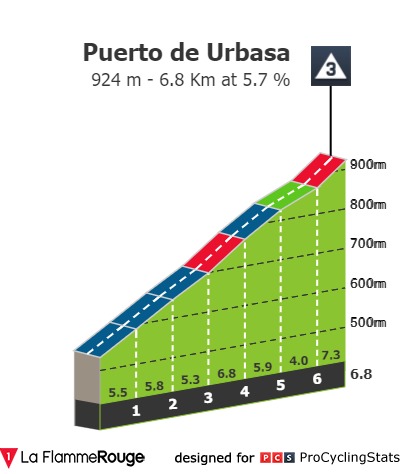 Finally the riders reach Uharte-Arakil, which lies at the foot of the Artxueta, the mountain with the sanctuary situated just below its peak. The climb is hard and bumpy – 9.4 kilometres long and with an average gradient of 7.9%, while the steepest ramp at 15% appears in the last part. There are several double digit stretches on the lower flanks. 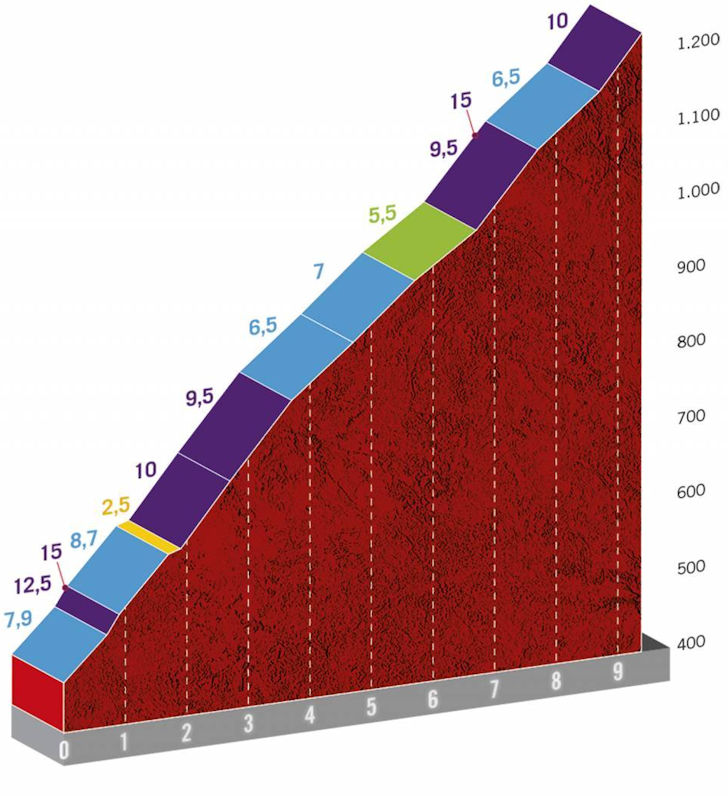 The intermediate sprint – located at the base of that last climb – comes with time bonuses of 3, 2 and 1 seconds.
The 17kms descent is uneven and includes and uphill section, so is rather rollercoaster in nature. 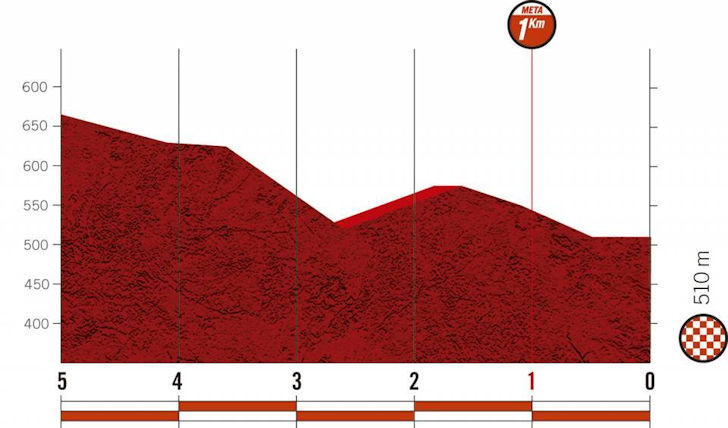 23 stages of La Vuelta have departed from Pamplona
199.066 inhabitants

Pamplona is the political, economic and touristic centre of the Chartered Community of Navarre.
Pamplona is also the second-largest city in the greater Basque cultural region, composed of two Spanish autonomous communities, Navarre and Basque Country, and the French Basque Country.
The city is famous worldwide for the running of the bulls during the San Fermín festival, which is held annually from July 6 to July 14.

La Vuelta '12 already took advantage of this wide range of possibilities, with one of the most spectacular Official Departures in recent years: the inaugural T.T.T ended in the heart of the Pamplona Bullring. 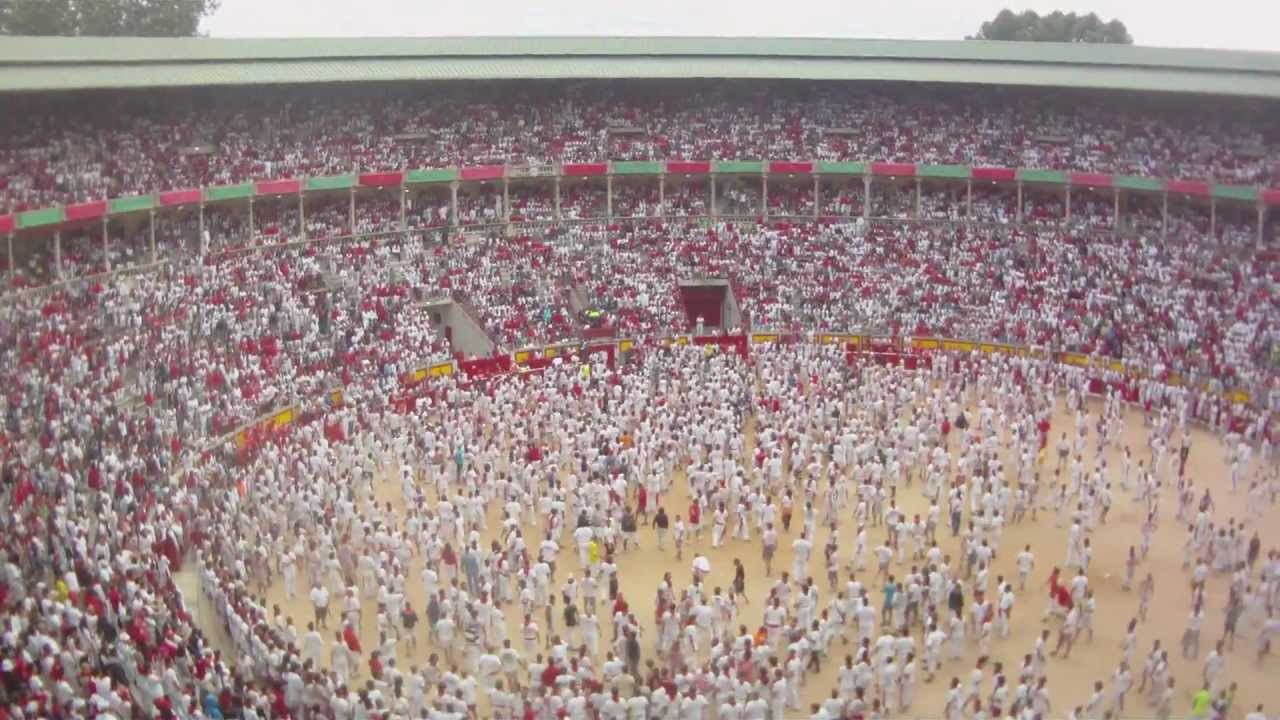 Pamplona's favourite son may well be Miguel Indurain, five time Tour de France winner.
The Movistar Team, the direct descendant of Indurain's Banesto team, is based in Egüés, a municipality in the metropolitan area of Pamplona.

Food
Cordero al chilindrón, is a dish which originated in Pamplona. 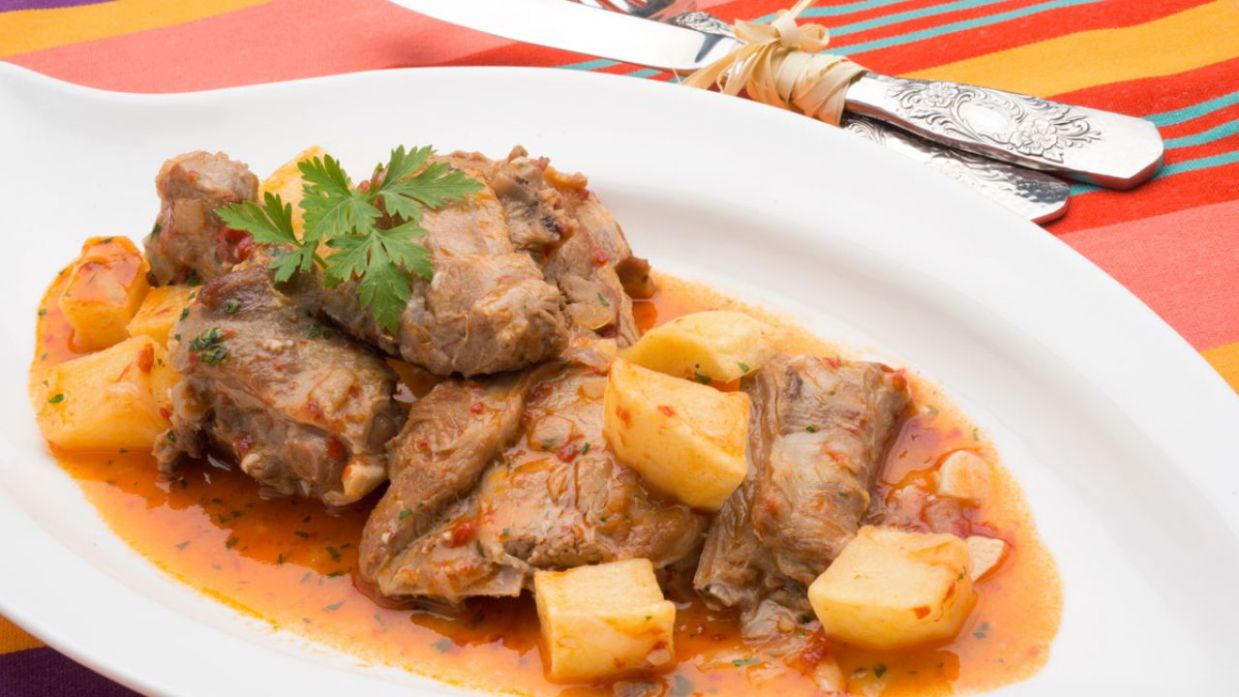 Lekunberri is nestled in the heart of Navarre. This small, traditional municipality contains such marvellous treasures as the Mendukilo Cave. Located in the Aralar Mountain Range, near the San Miguel Sanctuary, already visited by La Vuelta in 2014, this magical enclave allows visitors to enter the ancient mountains and discover their secrets. Rooms with impressive geological formations and ancient lakes can be enjoyed thanks to the enigmatic lighting and the fact they have been adapted for every kind of visitor.

The Basques love cod fish, and many of their most iconic dishes feature it as the main ingredient. Bacalao pil-pil is cod fried with garlic, olive oil and chilli, until the oils form a creamy sauce-like emulsion. It is called pil-pil because of the noise that the skin makes when it fries in the pan. 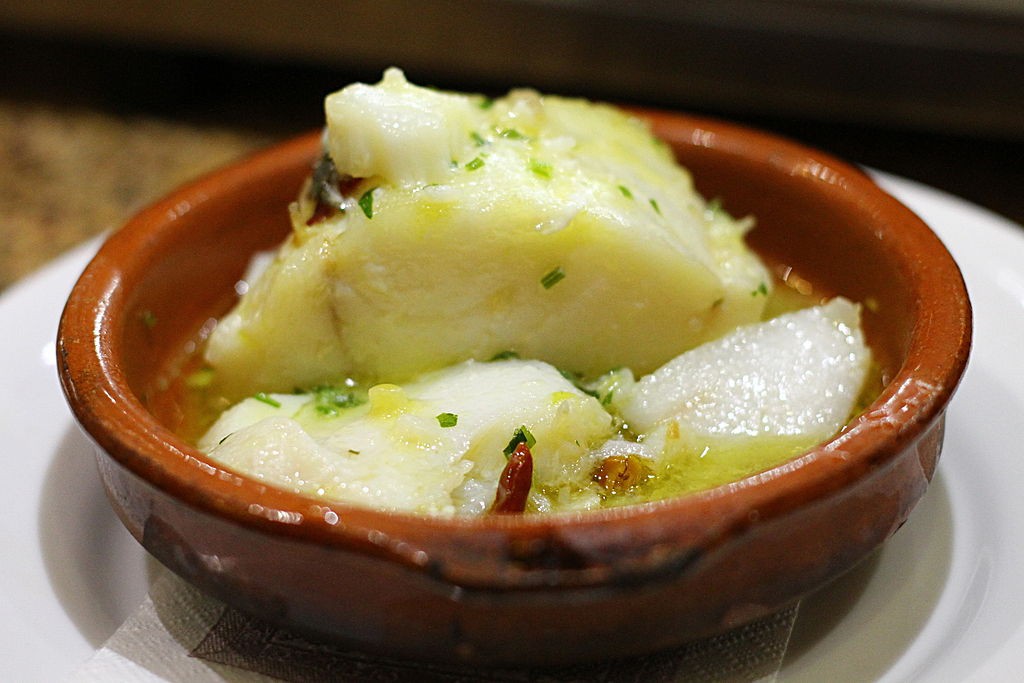