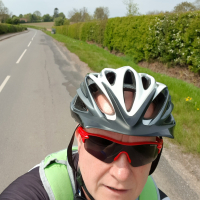 I’m looking for some advice from the community here. Long story short, I bought my dream bike from Trek this year and despite it taking 75 days to arrive instead of the quoted 40 before I handed my deposit over, it finally arrived about a month ago. I love the bike and it’s fantastic to ride and had rekindled my love for road cycling. However, there are 2 gripes I have, both concerning the Bontrager Aeolus XXX 4 wheels. The first is a relatively minor one, in that I order red decals for the rims as they match the colour of the bike, and the bike came with the plain white/cream which you can barely see. I didn’t mention this until a few days after collecting the bike as I didn’t want anything to jeopardise me getting the bike after waiting so long, and I was going back for a bike fit anyway in the coming weeks and was hoping they would simply swap them for the ones I had ordered and wanted. The Trek store manager then offered to get them painted and 3 weeks after the initial suggestion (down to him not checking with their paint bloke), has now said it would invalidate the warranty so he advises against it. He also answered my next question about getting them swapped by saying, they are made to order with the bike and do not come as a separate item, so they cannot be swapped. Not sure how they operate when a warranty replacement is needed, but anyway, that’s where I am with them now. Part of me is thinking let it lie and the other is saying email Trek’s CEO and see if they will swap the wheels.

The second issue is related and I really need to understand if I’m having the wool pulled over my eyes here as I’ve never had a set of expensive, full carbon wheels before. There is a pronounced weight imbalance on the back wheel that is very noticeable when the rear is lifted and the wheel spun around. I can’t notice it when riding though. The Trek store manager and his mechanic have assured me it’s perfectly normal for full carbon wheels to have this slight imbalance and is just part of the manufacturing process. The wheel is perfectly concentric and has no side to side alignment issue, but it almost needs a counter weight to correct the wobble. If it were a motorbike wheel, that’s exactly what it would have.
So I’m wondering whether I should push my claim on either/both counts or just live with it. I’d really like to know what others would do in my situation, and whether a £1,000 rear fully carbon wheel is normal to have a weight imbalance. All advice gratefully received, thanks in advance.