At 188 kilometres, the 6th stage of the Giro d'Italia is a lumpy race from Castrovillari to Matera. It's a medium mountain stage that has an an interesting finale. 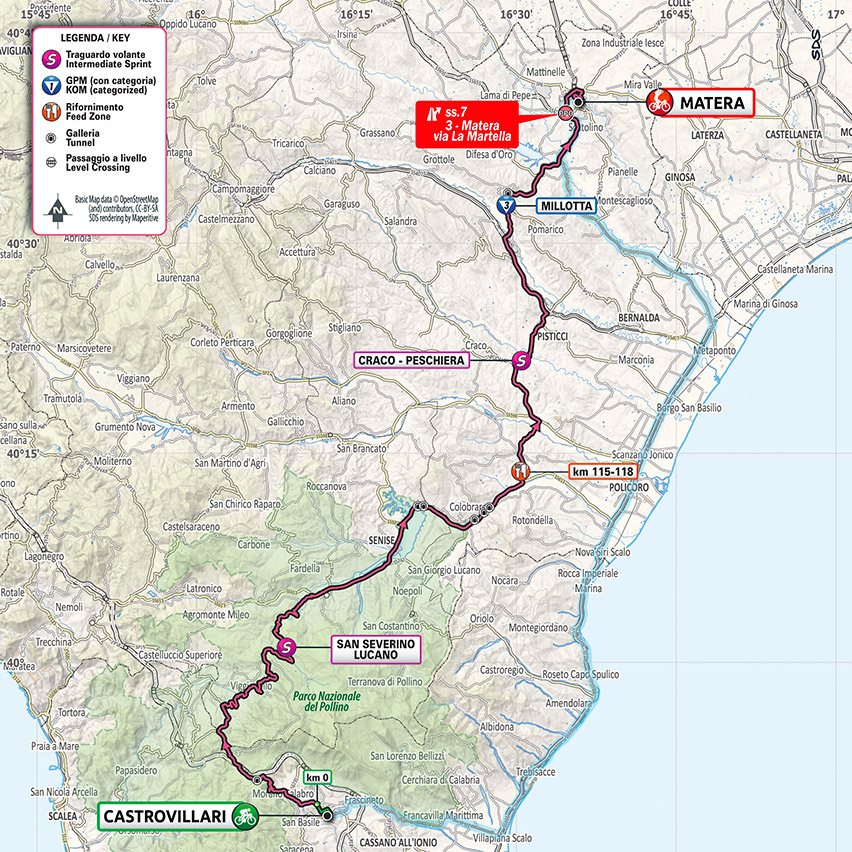 Most climbing is clustered in the first half of the race. Almost from the gun in Castrovillari the route goes uphill, climbing towards the first (uncategorized) climb of the day, measuring around 11 km at 4.5%, which is likely to serve as a launch pad for the breakaway. As the gradients are relatively shallow, all types of riders could be in the mix. 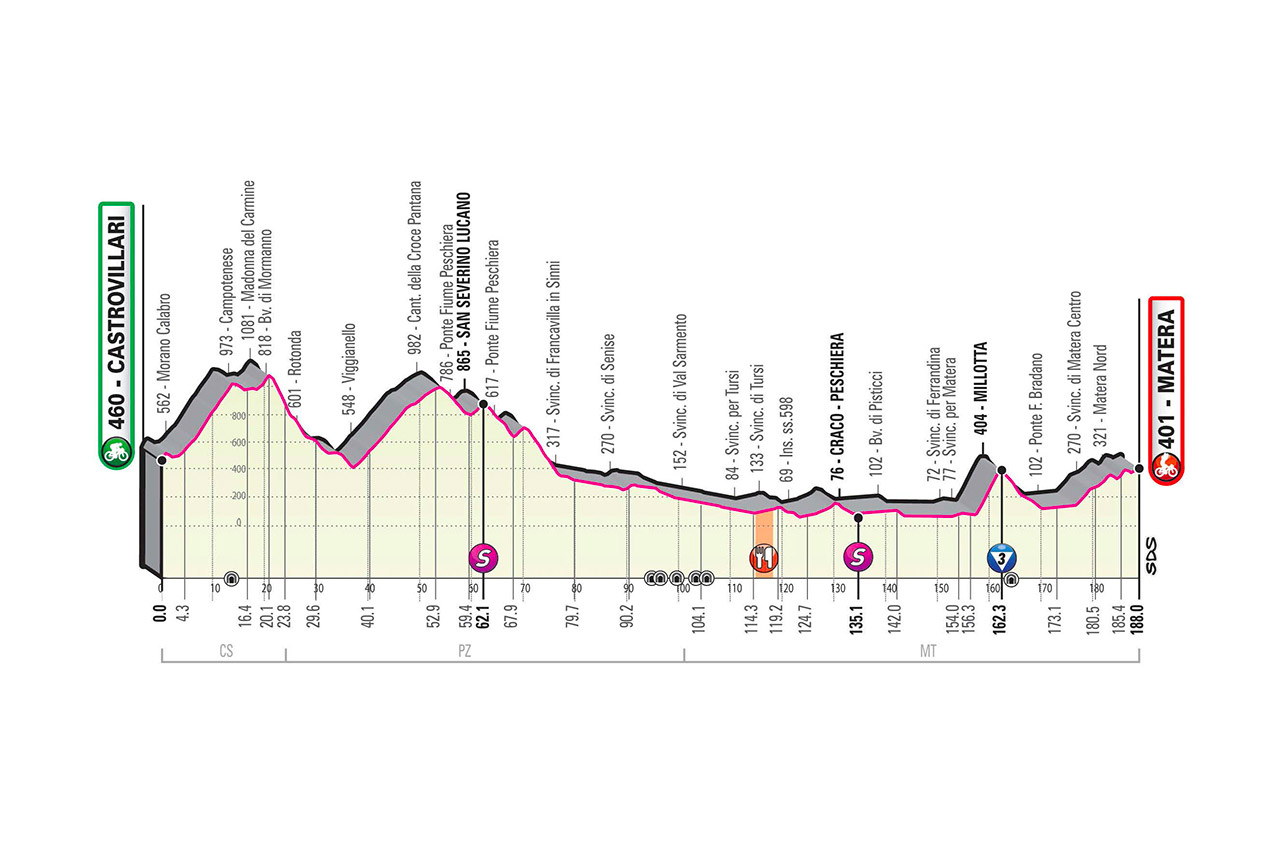 After 20 kilometres the riders reach the highest point before a long descent leads onto the next climb. The length is approximately 13 kilometres and the gradients are – again – doable at around 4%. Another descent leads onto a flat intermediate phase.
The steepest climb of the day appears with roughly 30 kilometres remaining. The Millotta is categorised GPM3, 4.7km at 6.8%. 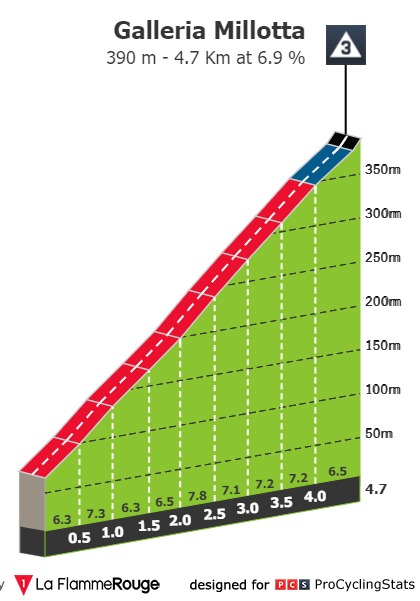 It tops at 26 km to go, 8 km of which are a descent. At the bottom there are only 7 km of flat before the road starts ascending again towards the finishing town of Matera. The 2013 Giro d’Italia serves a finish in Matera after a flat stages. John Degenkolb took the spoils in a crash marked sprint finale. 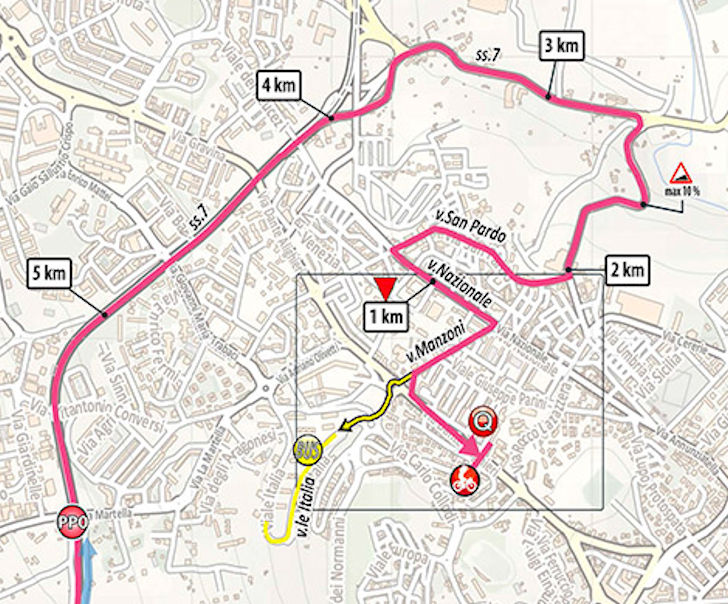 Until 4 km to go the slopes will be very gentle. Then, after a short descending false flat there will be a 750m ramp at 6.3%, which ends at 2 km to go. From there on it’s only false flat. 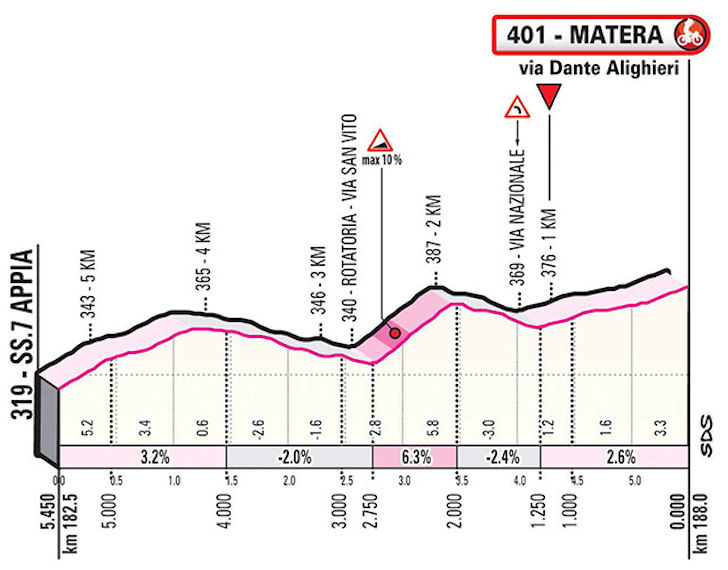 A charming town located on a hollow at 360 meters above sea level, Castrovillari, with its approximately 22 thousand inhabitants, is the most important Center of the Pollino National Geopark. The name “Castrovillari” probably derives from the late medieval Latin “castrum villarum” (literally “fortress of the villas”).

The grape variety of Pollino is, without a doubt, Magliocco.

Matera is a fascinating place. It has been inhabited from Paleolithic times to this day and it is extremely photogenic. Dozens of movies have been shot here, including the new James Bond: No Time to Die. 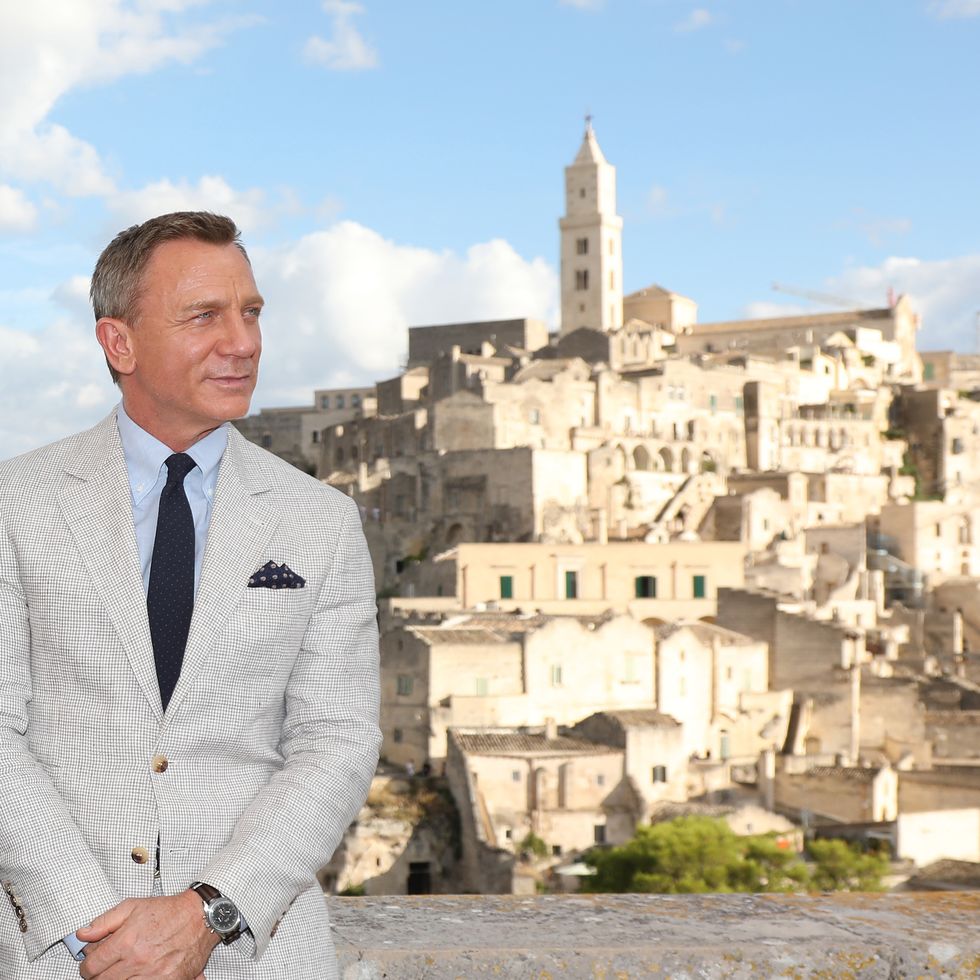 Soft rock has given birth to the Sassi, revealing both its cave districts: they are divided by a spectacular canyon. A unique location nominated a UNESCO World Heritage Site for its historical, archaeological and landscape value. Pure and authentic scenery with no signs of modernity, the Murgia Materana and the Sassi have seen traces of man since prehistoric times and bear witness to the history of humanity, having been continuously inhabited. 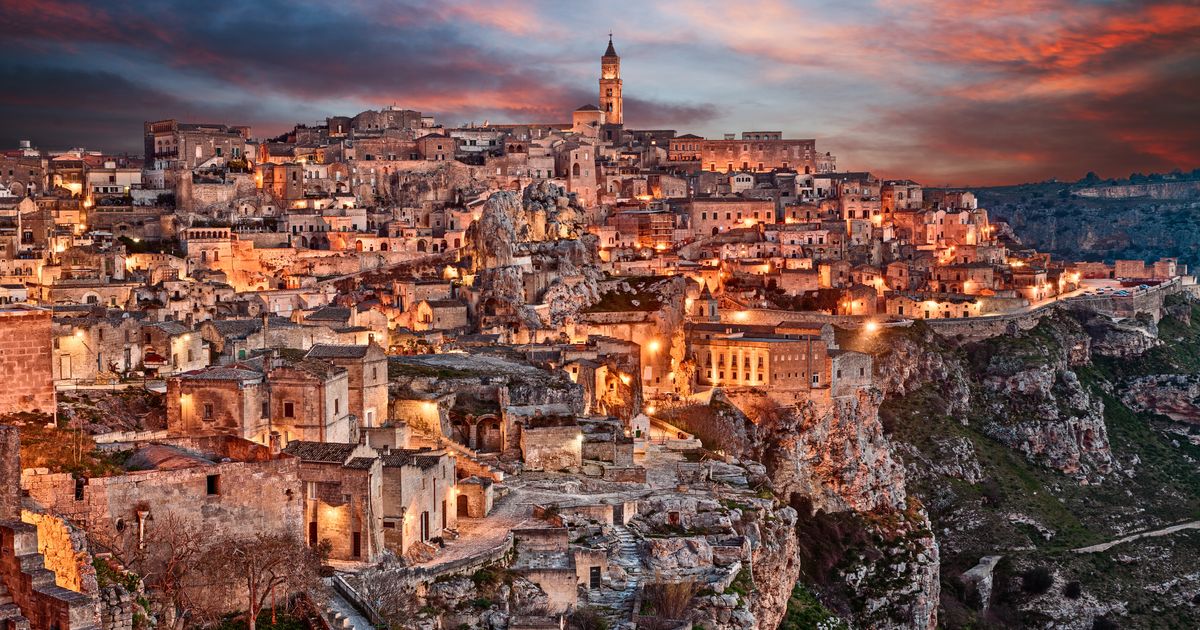 Matera is the ideal location to taste the delicious regional cuisine and wines, bearing the DOP and IGP quality marks. Among the local specialities, there is Matera bread, with its fragrant flavour and characteristic shape that reminds of the Murgia landscapes. The bread is baked in wood-fired ovens and made using durum wheat and natural yeast. Cheeses are also exceptional, as they are produced using Podolica cattle, which can be easily spotted grazing freely in the pastures of the Murgia. Mouth-watering specialities include the ‘Fave e Cicorie’ recipe, a fava bean puree with chicory, and the ‘Crapiata’, which is the traditional mixed legume soup of Matera. ‘Matera DOC’ wines, both white and red, are also exceptional. 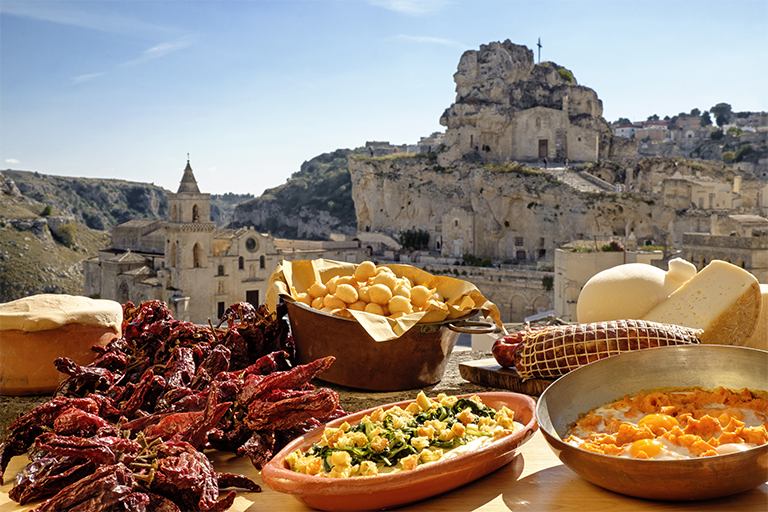