The 5th stage on the Tour de France runs from Gap to Privas. At 183 kilometres, along an undulating route, the race is likely to see a bunch sprint on an uphill false flat.

The journey through Provence will take the riders on the lands of olive trees as they go past Nyons and then to the kingdom of “nougat” in the city of Montélimar. But once in the Rhone Valley, the cycling speciality really is the bunched sprint. The race moves through the beautiful Ardèche to finish in Privas, capital of the region. At the end of an uphill false-flat road on several kilometres, the one in Privas will concern the finest of specialists. 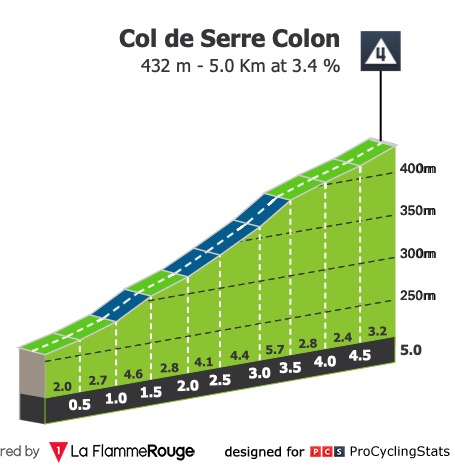 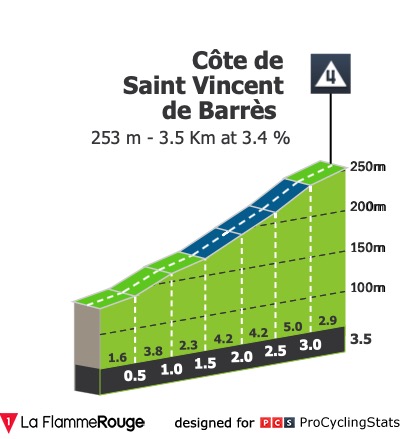 A painful category 4 climb comes just 10 kilometers from the finish, and the uphill drag into Privas caters to the versatile fast men. 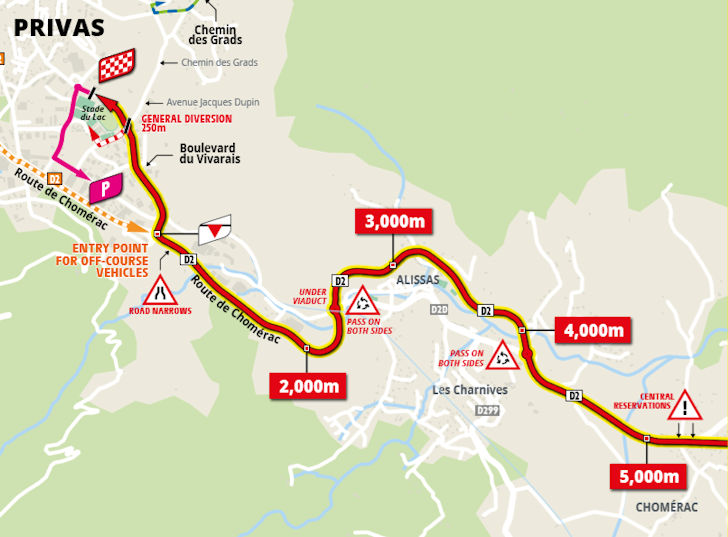 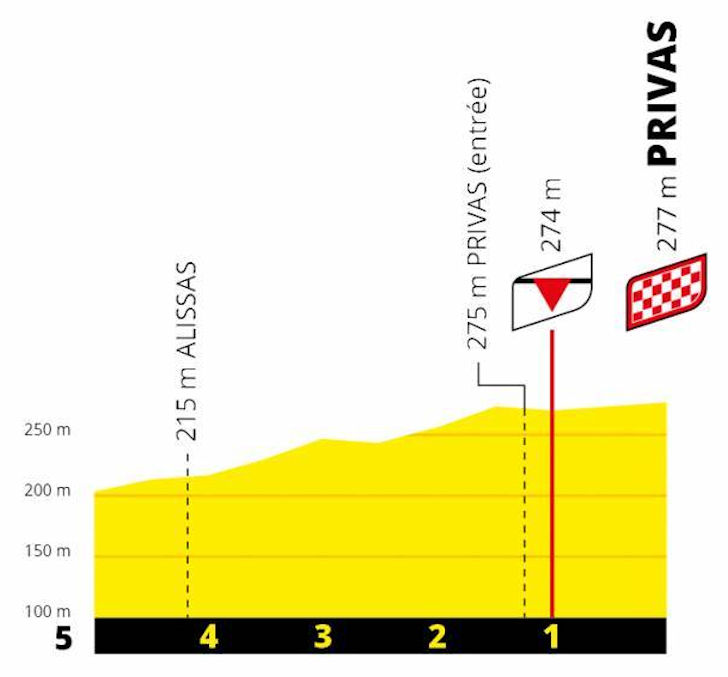 Arguably, Peter Sagan is the man to beat, but Wout van Aert might view the penultimate km as a launch pad.

Since the first victory of the “Belgian locomotive” Jef Demuysere in 1931, Gap frequently hosted the Tour. Solo attackers have often done well here, like Jean-François Bernard, who revealed himself in 1986, or Pierrick Fedrigo 20 years later. In 2011 and 2013, Gap celebrated world champions when Thor Hushovd and Rui Costa won stages with the rainbow jersey on their backs. In 2015, it was another solitary escapee, Ruben Plaza, who took the laurels with a 30-seconds lead over Peter Sagan, who collected second places that year.
Last year, it was the turn of European champion Matteo Trentin to snatch his third Tour stage on his own, the fourth for team Mitchelton-Scott. 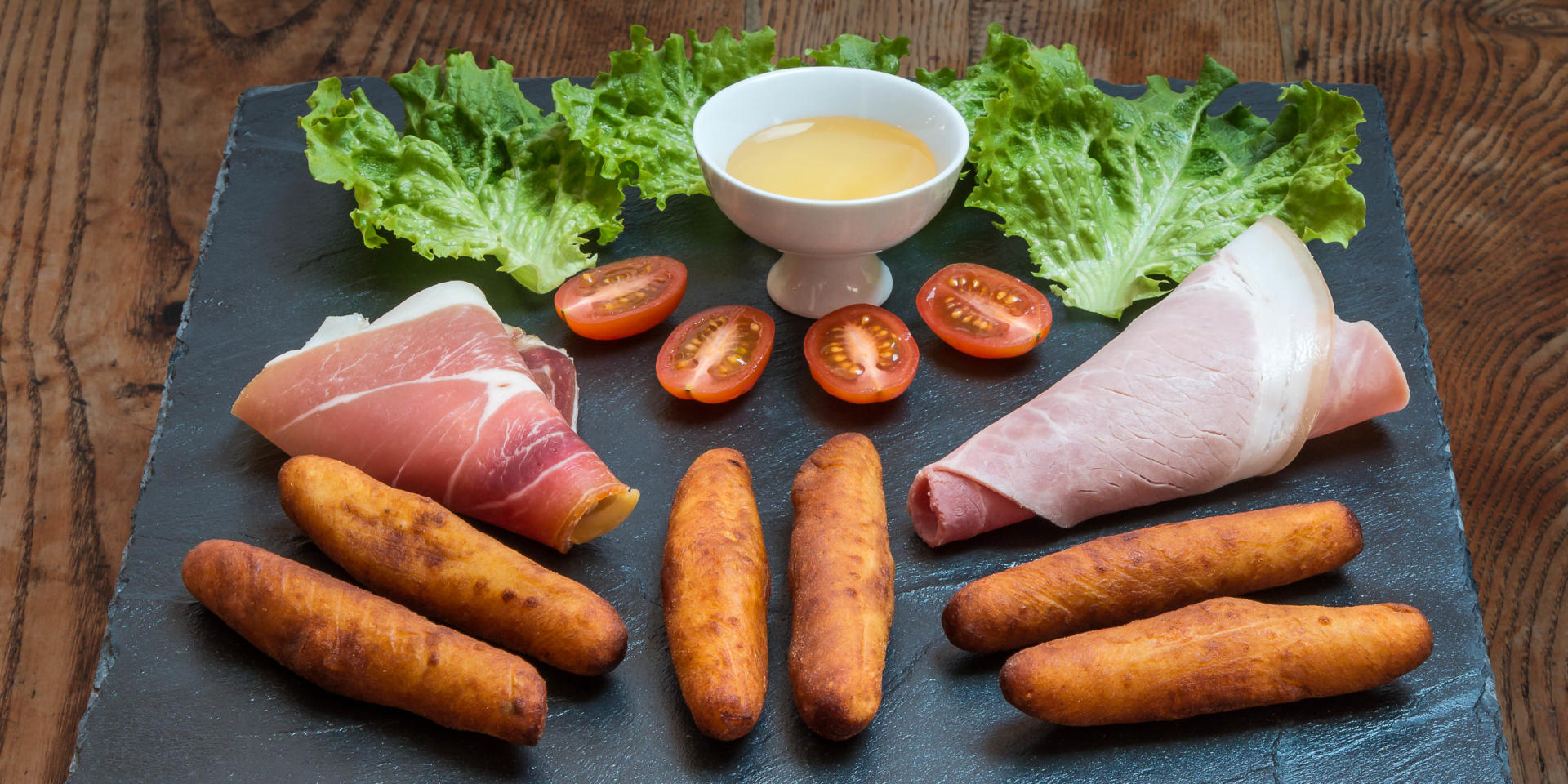 Privas, the only French prefecture without a railway station, could still see the sprinters trains take shape on this stage, which is not completely a first. The Tour visited the prefecture of Ardèche for the start of a stage to Bourg d’Oisans in 1966. Privas also hosted the Critérium du Dauphiné several times, the last in 2009, when Alejandro Valverde raised his arms. 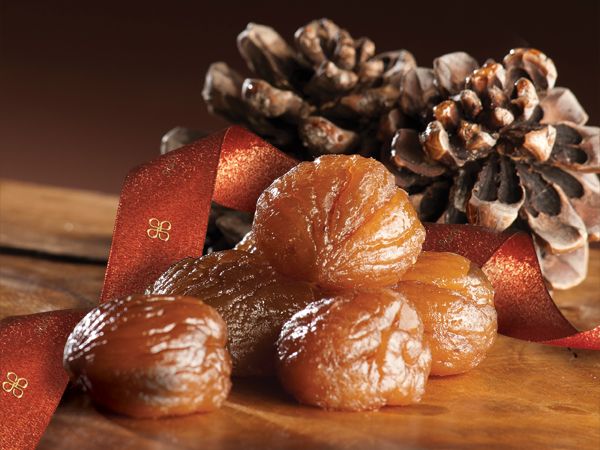