I'm getting on in years looking for some expertise 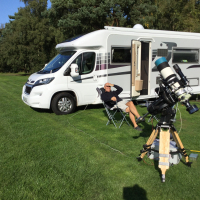 Rayleeson Posts: 12
May 2020 in Road buying advice
Hi all I’m new to the forum, I haven’t been riding for a while..I tend to change my exercise routines..but like everyone I get bored...
So now I’m looking for another bike...berittet than my last one which was heavy...had knobbly tyres..flat bars but a triple set.......I found it very hard work up the hills around here ...

I don’t understand the gearing but my question is I suppose...will it get me up hills better that that heavy beast I had.......can it be improved???