How long can you hold hour record pace...

bobmcstuff Posts: 9,134
January 2020 edited January 2020 in Pro race
I don't normally watch a lot of GCN and I certainly wouldn't usually post one of their videos - but I thought this was really interesting. Basically seeing how long various people could hold Wiggins' hour record wattage (440 watts). 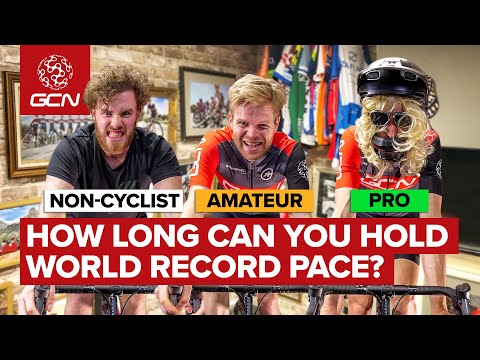 I liked how clearly it shows how hard it is... Might have a go myself...

Also think the "pro" is Connor Dunne but maybe that's just misdirection on their part (he held it for 46 minutes as well...). Edit: It definitely is.
0