Zwift is more acceptable than strava 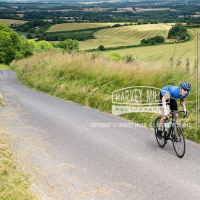 Strava is a saturated mess of noobs and peacocks.