Is my frame cracked?

mtblad Posts: 14
November 2019 edited November 2019 in MTB general
Today I started on stripping my orange five down ready for a respray and in doing so I have noticed either a scratch or a crack on the down tube. My suspicions of it being a crack are basically because of where it is, the line runs from the seat clamp gap to an inch or so down the down tube. Also I imagine it would be fairly unlikely to scratch a frame like that on that part of the frame. 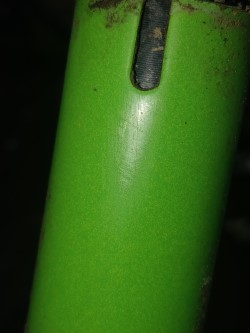 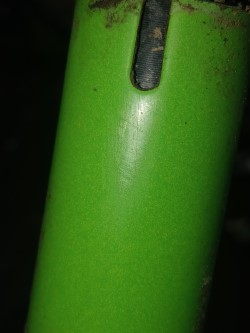