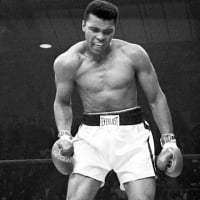 shortfall Posts: 2,946
November 2019 edited November 2019 in The cake stop
Having ditched Facebook about 10 years ago I decided to dip my toe back into the world of social media. I had no desire to return to FB so I opened a Twitter account to see what I was missing. And the answer it seems is a load of s.h.i.t. Is it just me or does it consist largely of angry people retweeting articles that appeal to their own prejudices and adding their own banal comments in support?
1