The last mountain stage of the Vuelta a España amounts to merely 97.3 kilometres, yet takes in more than 3,000 vertical metres. The 20th stage travels over Andorra’s hardest climbs and should provide a dramatic conclusion to the mountains of 2018's last Grand Tour.

The Vuelta’s penultimate stage begins with its only flat section before the riders tackle the Coll de la Comella at kilometre 1. It’s not the hardest climb of the day, but – at 4.7 kilometres at 6.8% – perfect to stretch the legs. Or to move into the breakaway… 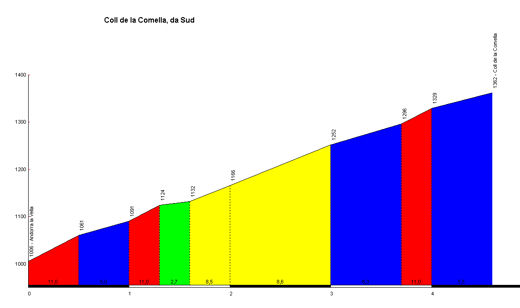 The Coll de Beixalis is next on the list of six climbs in today’s road book. The Beixalis amounts to 9.7 kilometres and the average gradient is 6.8%, while its steepest stretch is 14%. 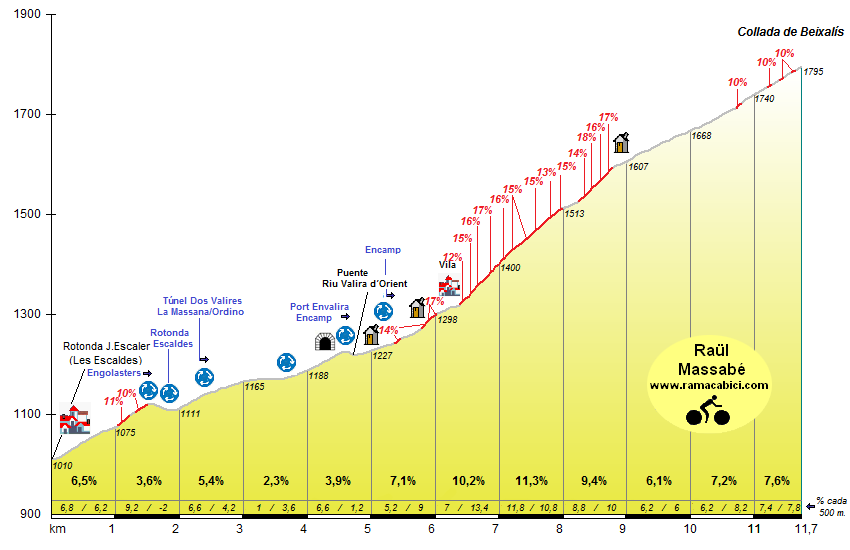 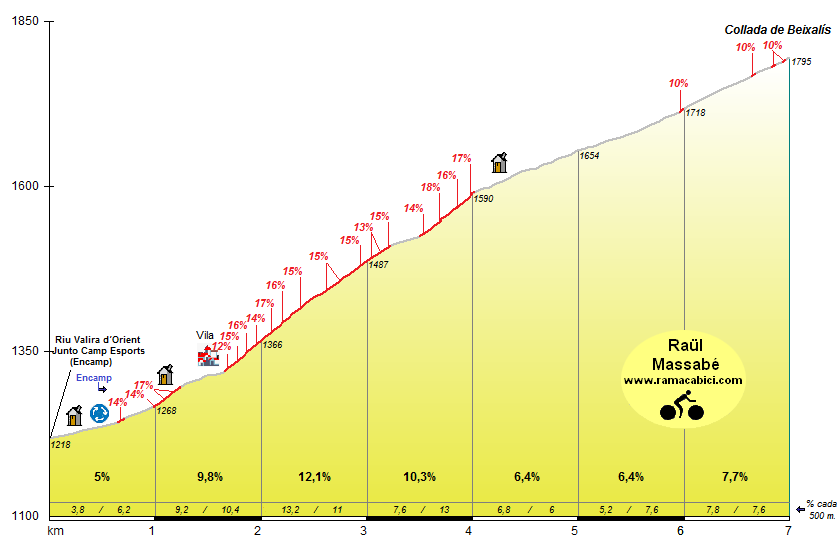 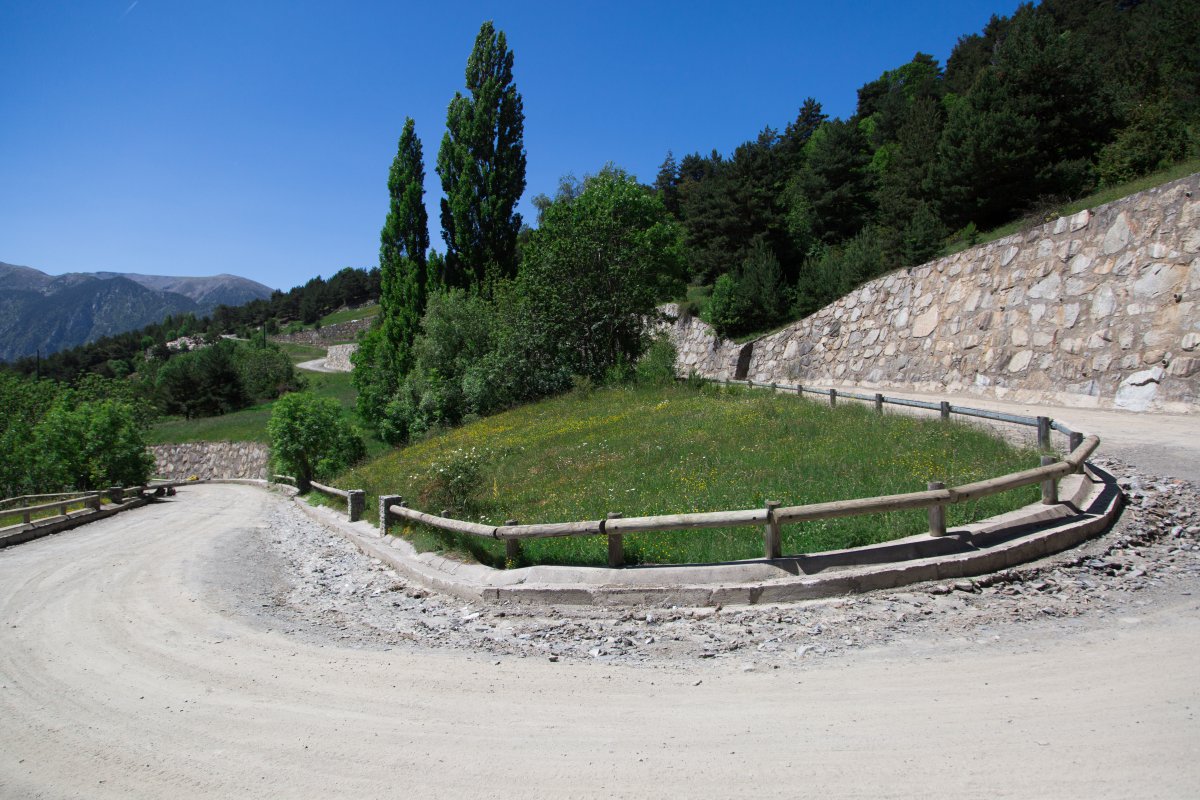 And on it goes. The penultimate ascent does ring a bell, too. The route goes back up on the Coll de La Comella, but the second drag up to the top is on the other side. For 4 kilometres the route climbs at 4.9% before the top is crested with 16.5 kilometres to go.
The final climb, Coll de La Gallina, is widely rated as Andorra’s hardest climb. The final haul up to the line amounts to 7.7 kilometres with an average gradient of 7.8%. The Gallina is known for its double digit switchbacks not too far from the summit. 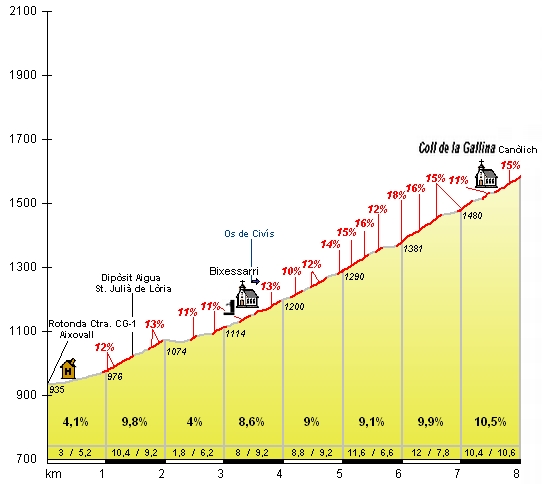 Details of the finish and the many switchbacks. 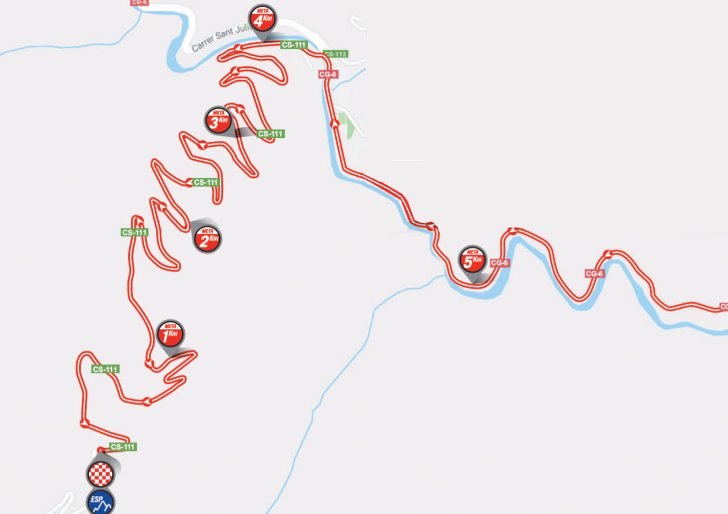 Not sure they have the team hotels correct, so I won't post for this stage.

Principality of Andorra
La Vuelta would not be what it is without Andorra and its importance becomes increasingly pronounced in the itineraries of the grand tours. It is a territory that is committed to sports, skiing, nature and shopping tourism, where some of the greatest moments in cycling's recent history have taken place. The thermal city of Escaldes-Engordany will host a La Vuelta departure for the fifth time in its history.
Located in the heart of the Principality of Andorra, the parish of Escaldes-Engordany has always looked to tourism due to the exploitation of its thermal waters and of its commerce.

In Escaldes-Engordany, the Madriu Valley stands out particularly, measuring 4247 hectares, where water is also a central element. This valley is of great interest, not just due to its natural heritage, but also due to its cultural heritage, a reflection of mountain life since Medieval times. The Madriu Valley has been declared a UNESCO World Heritage Site.
Escaldes-Engordany also stands out due to the great affluence of tourists it receives, as it is one of Andorra’s main commercial axes. Since 2013, the area is exclusively pedestrian and brings together around 200 shops, restaurants and hotels.

Art also has a place in Escaldes-Engordany; the Escaldes-Engordany Art Centre, the Art al Rock Government Exhibition Hall and the Carmen Thyssen Museum, finalist of the best European Museum, form a very interesting cultural triangle in the high part of the city.

Principality of Andorra
More than 7 kilometres, with an average incline of 8% and slopes of up to 15%. This is how three demanding weeks of competition will come to an end for the peloton. The Coll de la Gallina, an Andorran mountain pass that has been climbed three times before in the history of the Spanish tour, will be the deciding stage that will determine who will win the right to wear La Roja in the final celebration in Madrid.
Steep slopes covered with vegetation, with trees on both sides of the road in a brutal climb. The Col de la Gallina is a typical Andorran climb, whose summit is part of the parish of Sant Julià de Lòria, near the southern border of the Principality of Andorra with Spain.
The summit of the pass shelters the sanctuary of Canòlich. It dates from the twelfth century and, according to available data, people would have settled there from 1176, even if the building as we know it today dates from the twentieth century.

The ancient sanctuary of Canòlich, Romanesque style, has disappeared for centuries, but the new one was built on the same site. The sculpture of the Virgin of Canòlich - which is preserved in original wood - dates from this period. The performance was crowned by the Vatican in 1999.
The summit and the sanctuary are perfect examples of nature tourism that Andorra relies on more and more. With an access road suitable for all types of hikers and cyclists, the Col de la Gallina is an excellent example of how one can enjoy Andorra in different ways and at any time of the year. 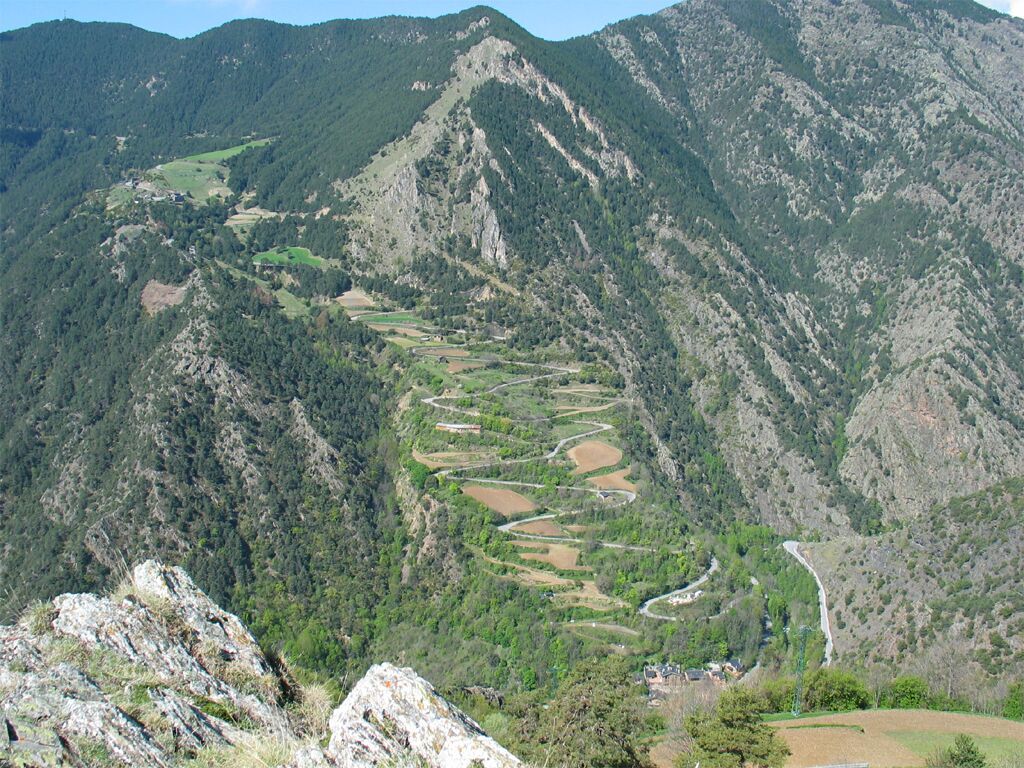