manxshred Posts: 287
July 2018 edited November 2018 in Sportives/audaxes/training rides
I signed up to this in November 2017, so had plenty of time to train. I did as much training as I could and spent a lot of time getting ready, so felt I was as ready as I could be. Two weeks before the event I did a 200km ride, which included the Isle of Man Lighthouses challenge where I had a very good ride and felt strong throughout.
The trip
I travelled via Liverpool to Geneva where I rented a car and made my way via the Mont Blanc tunnel to Italy. I rode the Colle del Nivolet on the Wednesday before to stretch my legs and to get some practice descending big mountains. This was a very hot ride, a very big mountain, but a beautiful ride in a beautiful area. After this, I spent some time sightseeing.

Friday 20th
I made my way to Les Saisies where the start is. I got into my accommodation, prepared all my equipment and went to the briefing. I dropped off 2 bags of food for some of the rest stops, and grabbed a pizza and then bed.

Saturay 21st
A 4am alarm got the day going, with breakfast, getting dressed and pump up tyres. I was running a bit late and made it to the start 5 minutes before 5am, where I luckily found a gap about half way in the pack. The day was a lot cooler than the previous week with rain overnight and much lower max temperatures. 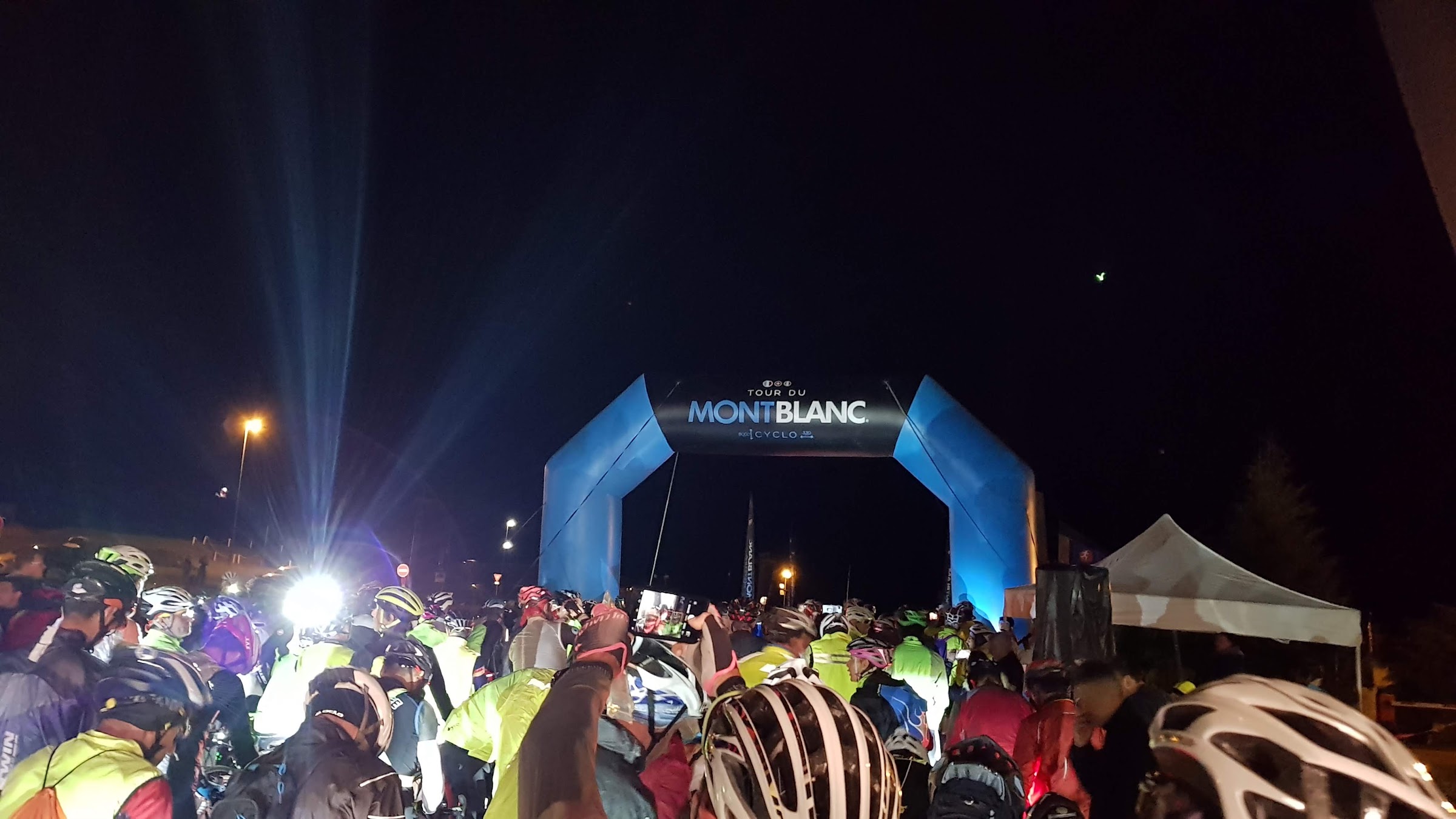 At 5am we rolled out for the neutralized descent towards Chamonix. The road was wet, and it was dark so it was an interesting experience. Some people had no lights, some had massive ones. There were all sorts of speeds, the some people bombing down, others on the brakes the whole way. There were dropped bottles and lights and it was all a bit chaotic. I’m not sure how fast the lead car was going but we were not bunched up in the mid-pack. I saw one crash down here were one person slid out on a corner, but thankfully no major damage.
We climbed up out of Servoz, which was a bit packed with lots of the support cars vying for the same space on a small road, and then I got into a good group along the valley to the next climb, which was the Col des Montets, then a short descent into Switzerland and another climb to Col de la Forclaz. The descent off the Forclaz was a lot of fun, wide open and very fast.
The next climb was then from Valettes – Champex, and this was a pretty difficult climb, one of the more consistent steep climbs we did, with another good descent.

Col de Grand Saint Bernard
Up next was the Saint Bernard. The first part of the climb was on the very busy main road up to the tunnel through the mountain, so this section was not that much fun. Just before the tunnel we turned off to head on up over the Col. The sun came out for a while causing the temperature to jump by 10 degrees, before it dropped again. The upper sections of the climb were quite difficult and slow going, and this was the highest point of the climb at 2,473m. At the top, I put on all the cold weather kit and headed over. Unfortunately it was raining on the way down meaning I got pretty cold and uncomfortable on the way down the 34km descent to Aosta, Italy. 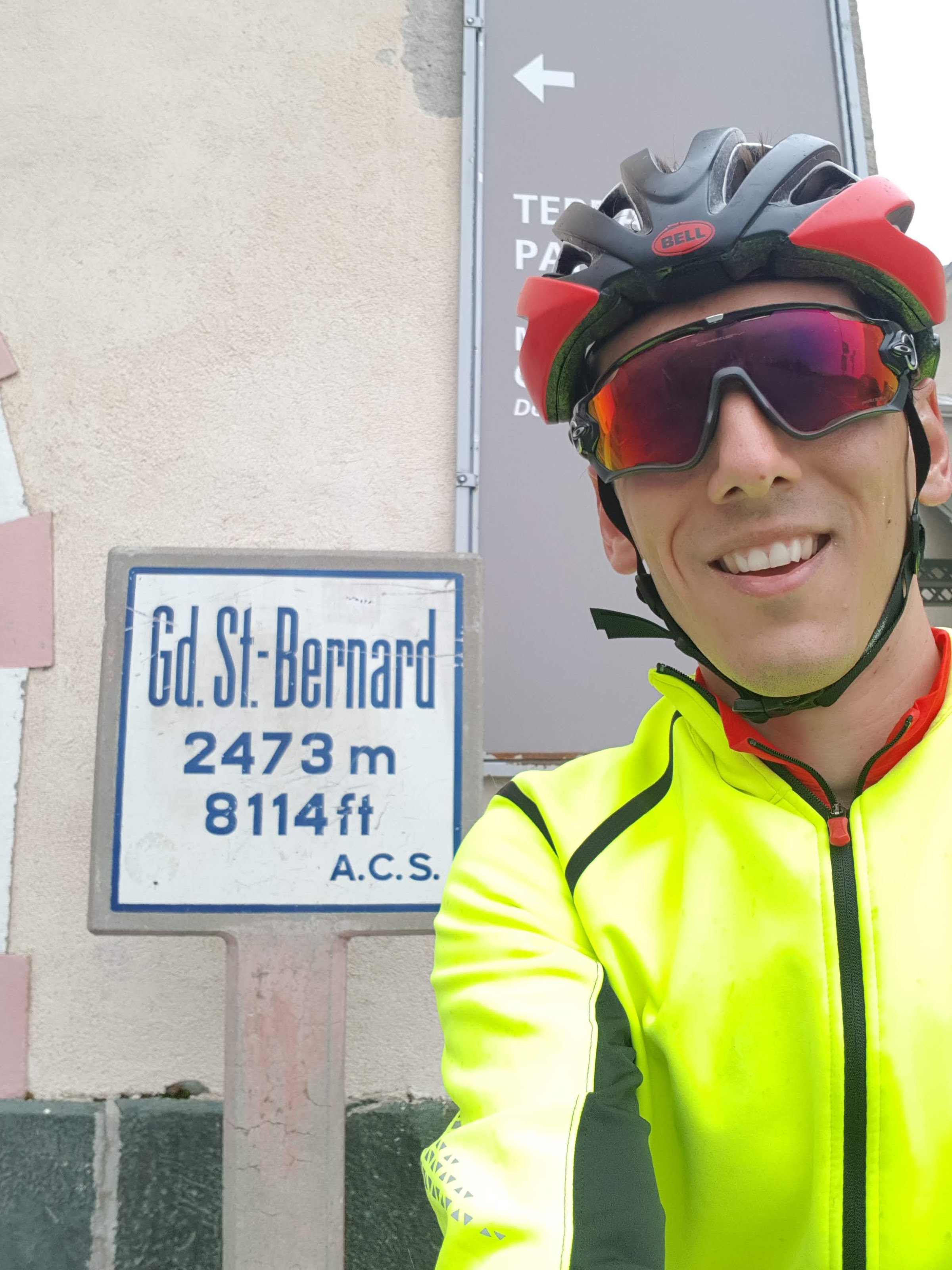 Col de Petit Saint Bernard
We then headed up the valley where we were still climbing, before starting the Petit Saint Bernard itself. I found this climb quite long, but overall not too bad. There were many switchbacks and the climbing was pretty steady so no major issues. The big problem I had was on the descent, where the road surface was in very bad condition and my hands were really suffering. By the bottom I was really struggling going over any bumps or cracks in the road and was actually looking forward to the next climb.

Cormet de Roselend
Next we headed up the Roselend. This was a tough climb, with some steep sections, but overall not too bad. There were some beautiful views heading up, but it was getting quite late in the day. Over the top it was quite cold and gloomy due to the cloud cover, but thankfully for my hands the descent was pretty smooth and trouble free. 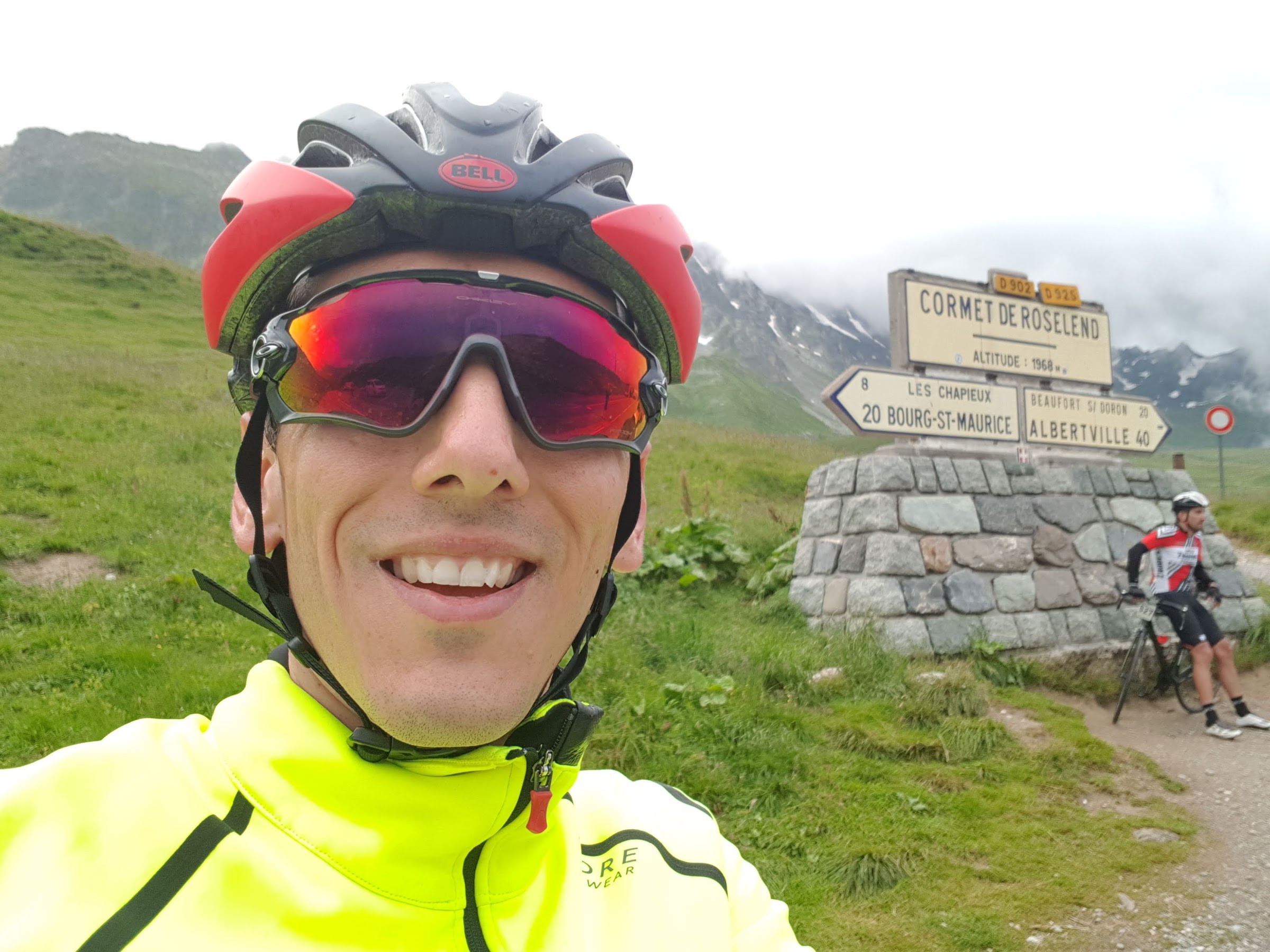 Les Saisies
Once I got to the bottom I was a sign that said 15km to go, which was a bit demoralizing. We then had to climb back up to Les Saisies and the finish line. I just got into a rhythm and tried not to think too much. It was dark heading up here with no reference around which did mark it a bit easier 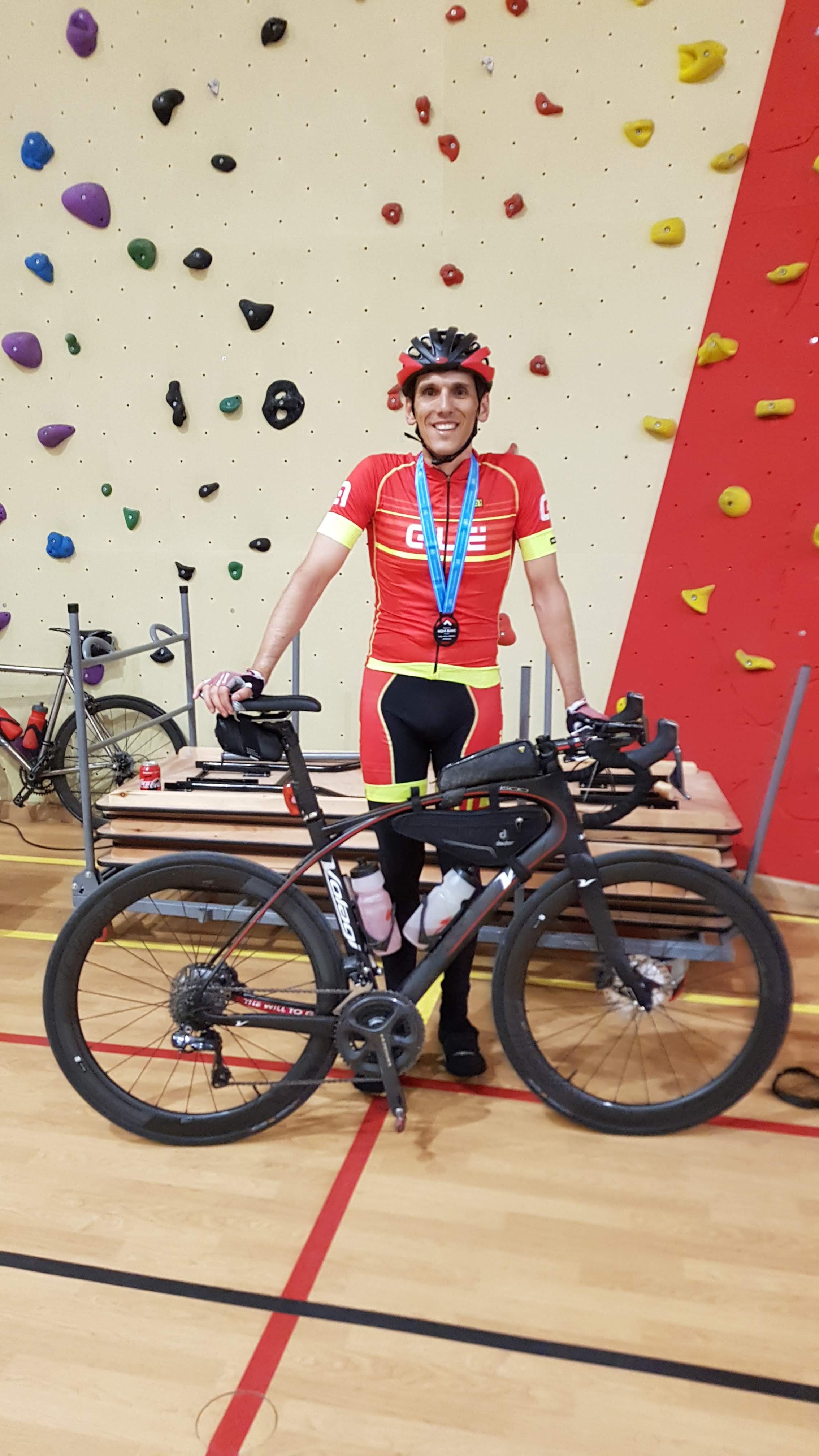 Plus points
The weather for being a bit cooler. I’m not sure I would have made it if it was a hot, sunny day.
A very well organised event, good signposting with good food stops.