dirkpitt74 Posts: 518
July 2018 edited January 2019 in Your mountain bikes
So earlier this year I made a cheeky bid for a Nukeproof Scout frame on the CRC eBay outlet - I won.
Luckily the Post Man beat the 'Beast From the East' and dropped this off a couple of days later: 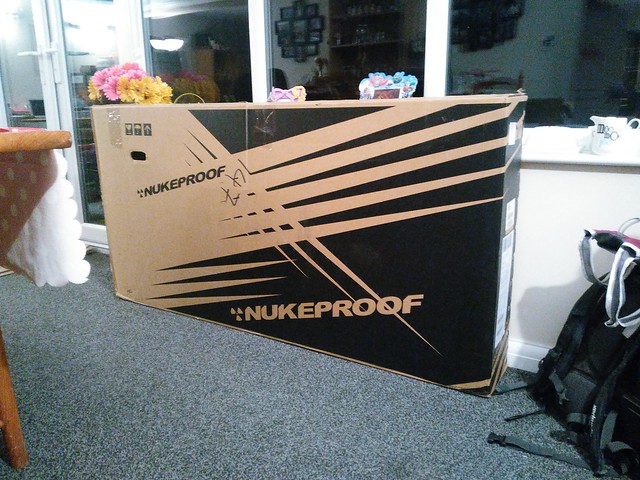 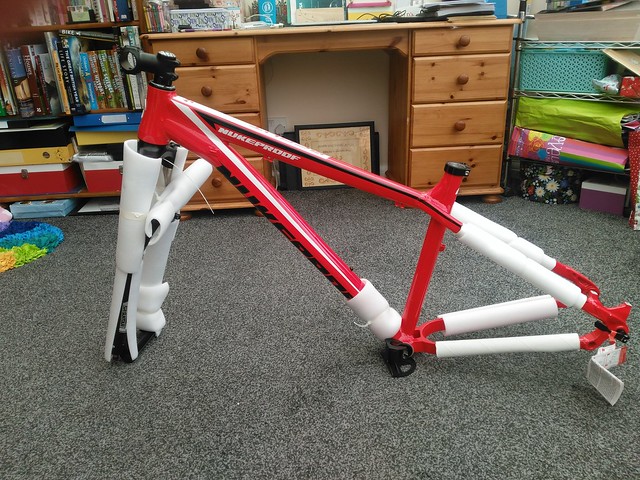 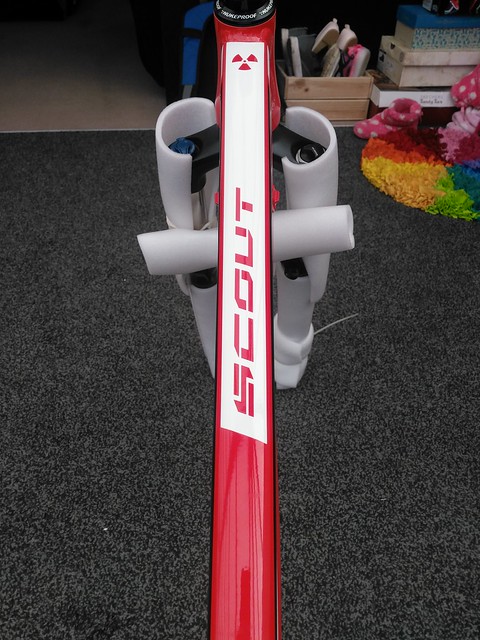 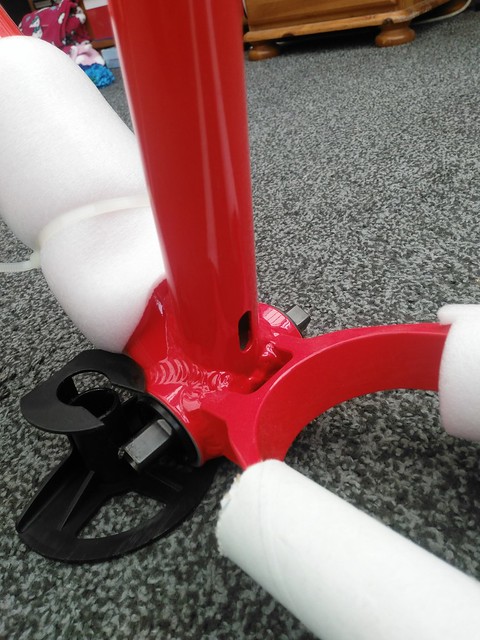 (other cable ports are on the RHS of the frame which I didn't photo.....) 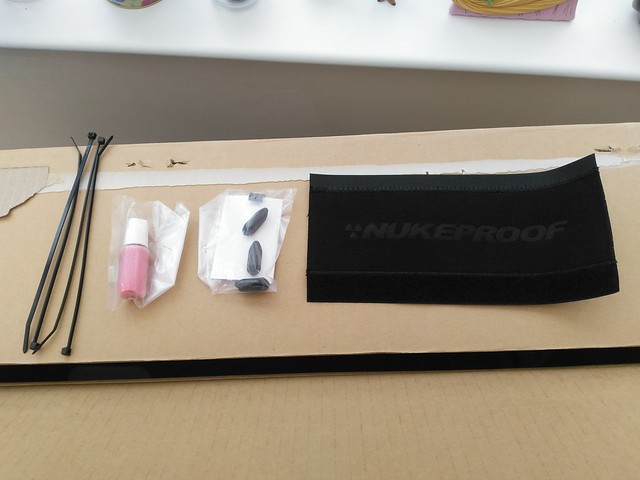 The Suntour forks will be taken off and sold.
The stem and square taper BB will be moved to my lad's new build.

Final (bar a couple of potential changes....) build spec will be close to this: 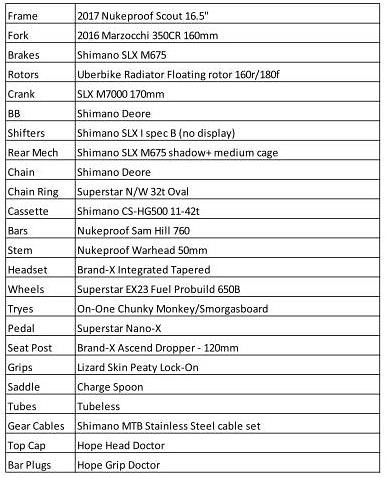 I'd already got most of the bits but needed forks - so got the Marzocchi 350's as I've been impressed with the 55's on my Mega.

All this has sat in the garage for a few months as I've had other things on with work, house and sorting my lads NS Clash.

Measured and cut Heli-Tape for some frame protection over the weekend.
Started to fit it earlier this week.

First couple of pieces going on with plenty of water and smoothing with credit card. 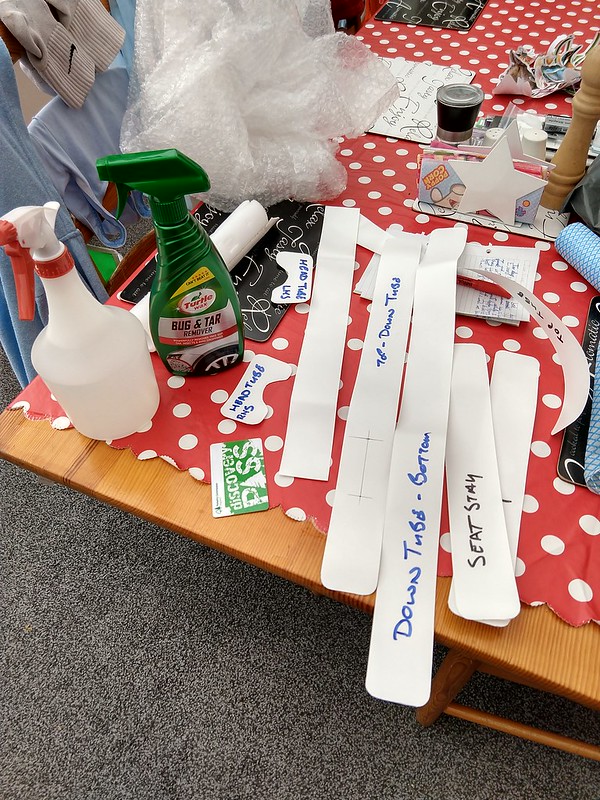 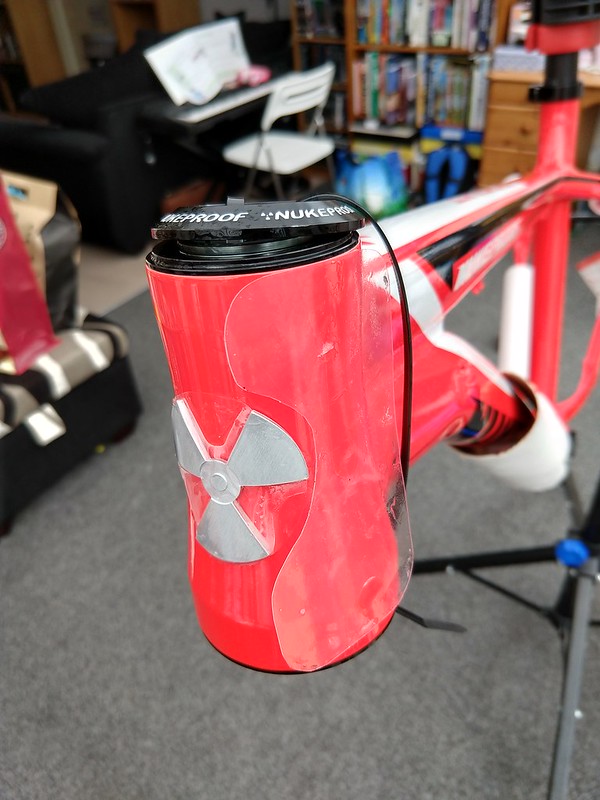 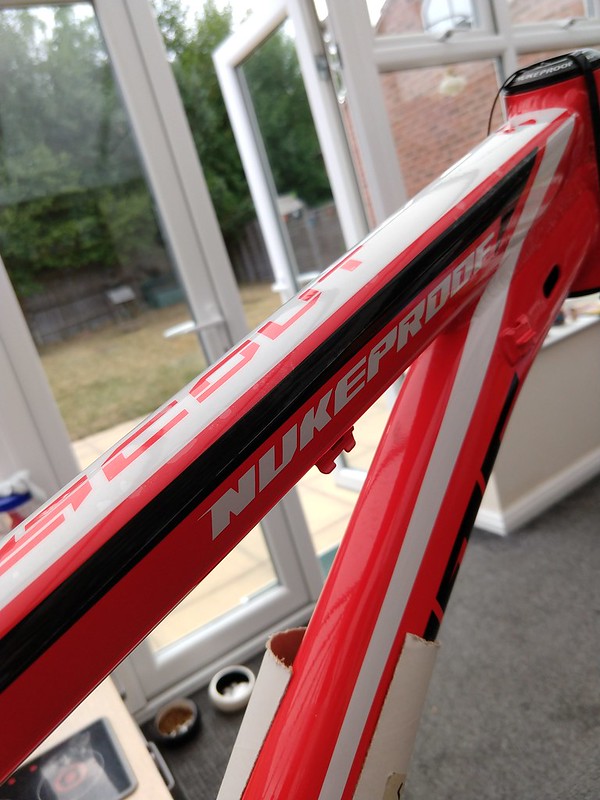 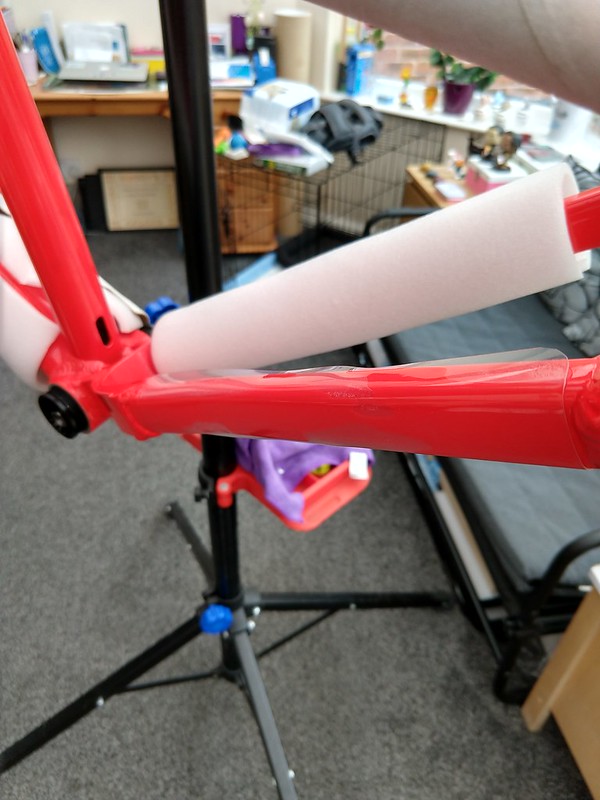 Started bolting it together earlier.
Taped and valved the wheels to give tubeless another go. 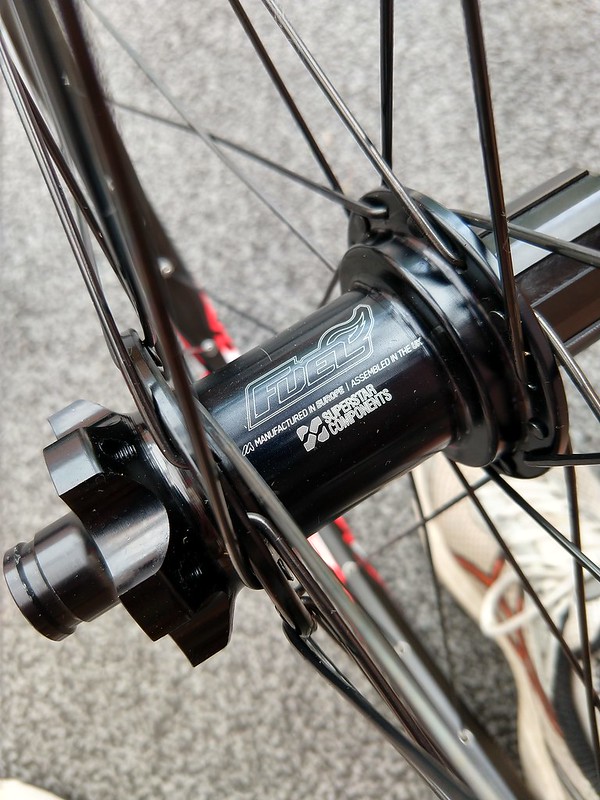 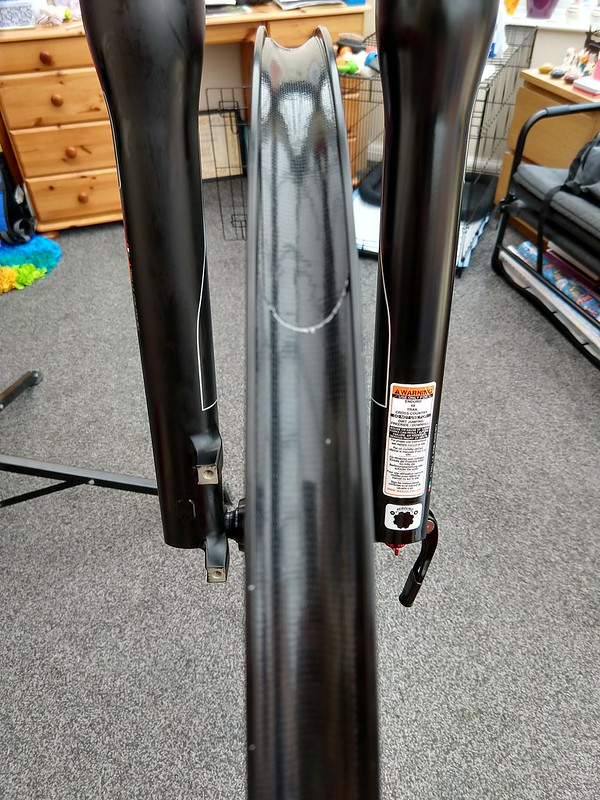 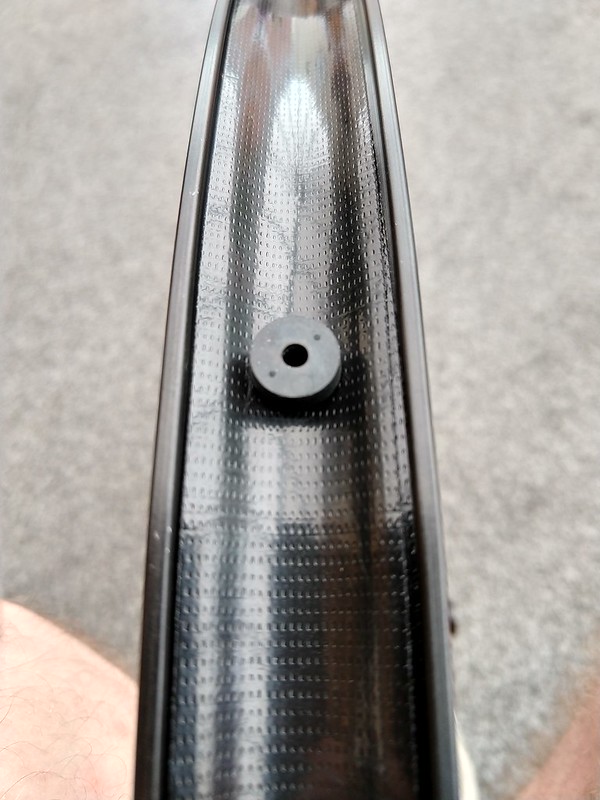 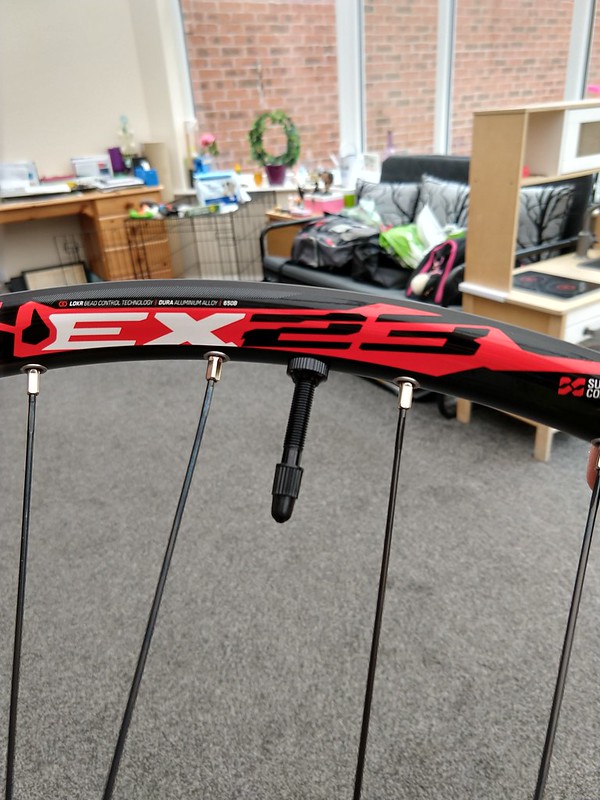 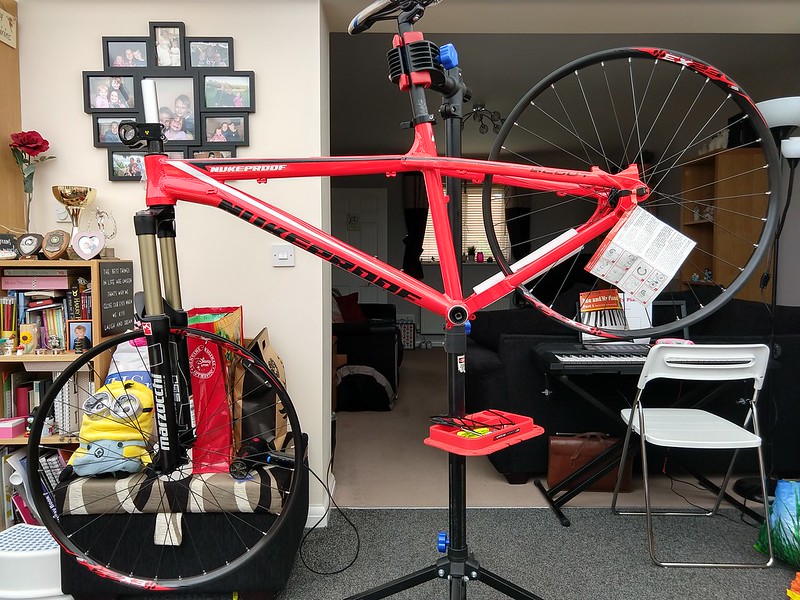 Gonna send them off and get them looked at.