kingdav Posts: 417
June 2018 edited September 2018 in Your road bikes
I'm always bike hankering and the latest craving is to refine my idea of the perfect commuter. I spend roughly 2 hrs most working days on a bike and like to press on, it's all on road. I go all year round and need to carry clothing and a laptop (probably not in a rucksack).

Right now I ride a Specialized Allez I refurbed last year (see build thread). It's a great bike and I enjoy riding it, but it won't stop in very wet weather and won't take more than a 25mm tyre.

I'd like to build something up with hydraulic discs to use alongside or to replace the allez entirely if the new one's faster. I've benefited from having more than one commute ready bike in the past just to cover when one needs a bit of love in the workshop.

I've been umming and ahhing over this for absolutely ages, I was pondering carbon, maybe a spacechicken or open up clone or something like but cheaper than a 3T exploro.

Here's another thing, I am massively stingy. I have a nice job, but three kids and a wife that works hard looking after them, big house in surrey, a few cars etc which all draw on funds. Whilst I could splurge, I don't see the need to and really enjoy the challenge of putting something amazing together on a shoestring... at the same time I won't get too upset if the costs escalate a little bit - I save probably £3k a year not buying a season ticket on the train. I do as much of my own spannering as I can.

So, last night I won this Cannondale-CAADX-Apex-1-2017-Cyclocross-No-Wheels ebay auction

It says it's a bike with no wheels for £425 coming from the other end of the country sometime, though it's obviously been ridden with purpose, how shagged can a 2017 model bike be!?

It's a 2017 54cm Caadx which might be too small. No wheels is great, I think... because I don't tend to like the wheels you get bundled with a bike, plus I don't want to go cyclocrossing with it anyway. If it is way too small, I guess I'll keep the 1x hydraulic gruppo and flog the frame on.

Original spec is here This one differs in having:-
- 3T ErgoTerra Pro Alu bars which look like a nice upgrade
- fizik saddle in the pics, but not mentioned in the auction, I'll see what turns up
- seatpost (generic carbon)
- deda zero stem
- a few bits of black paint missing, no biggie probably to touch it up a bit. 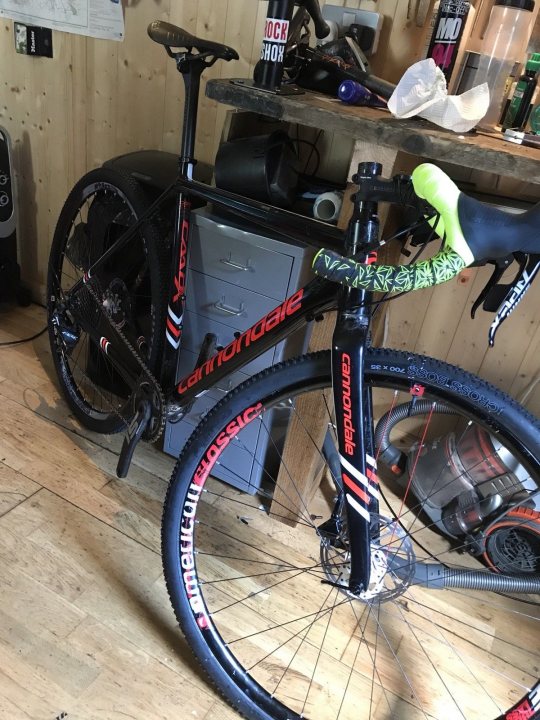 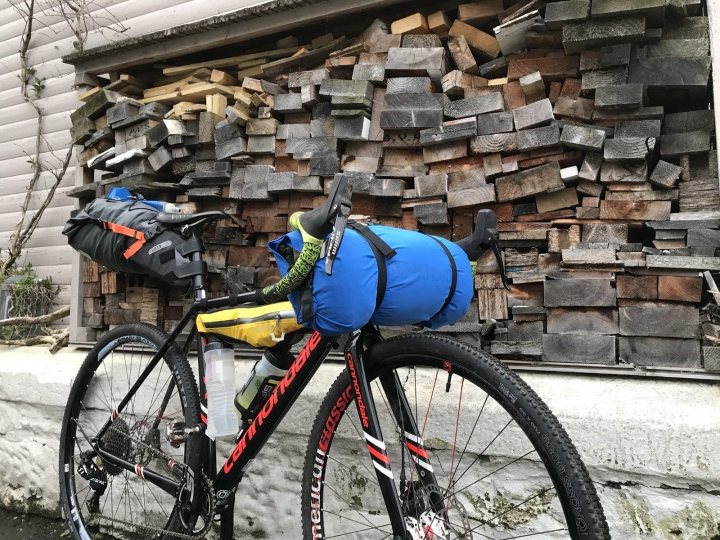 So this is where it starts, I probably won't do anything but ponder wheels until it turns up. I'm kind of thinking carbon deep section, but equally I'm thinking want to keep it light.
0
«12»