shipley Posts: 548
January 2017 edited January 2017 in Road general
Now I have always been of the "I'll make my own decisions thank you" mindset and do not want to start a helmet debate here as I always thought that most injuries are to limbs and collar bones, but......

Sunday morning I was returning from a 50km ride, nearly within sight of my house when despite having a row of parked cars in his lane, a nice man in a BMW X5 decided he couldn't wait 20 seconds for me to go past. Visibility was good and I had a strong flashing light but he drove straight at me nonetheless.

I had no option but to jump the bike onto the kerb at 20mph (I was travelling downhill) but then hit a hole in the pavement which immediately stopped the bike. Of course I didn't stop and woke up in an ambulance 20 minutes later. I have today returned home from hospital, the bleeding on my brain has stopped, the whiplash is unbelievably sore and the 3 broken fingers are an inconvenience. I have a face like a Pizza too.

I'm posting this as I was ambling down a hill, virtually post ride.... and the severity of this 'off' has surprised me to say the least. Like I said I don't want to start a helmet debate but because my bike stopped dead, I 'face planted' and had I not been wearing a helmet and glasses (see scratched lenses below) I doubt I'd be typing this yet, if at all.

Be careful out there - they can get you any time. (oh...nearly forgot....the bike is fine 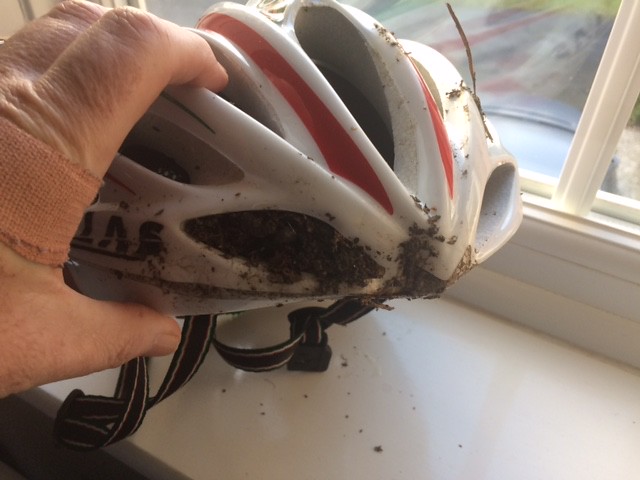 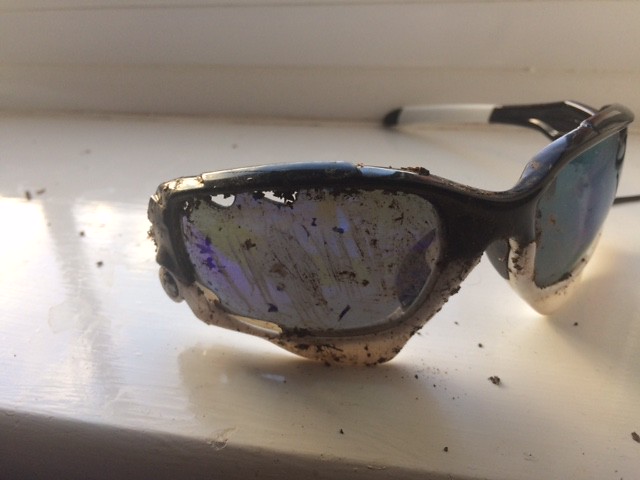 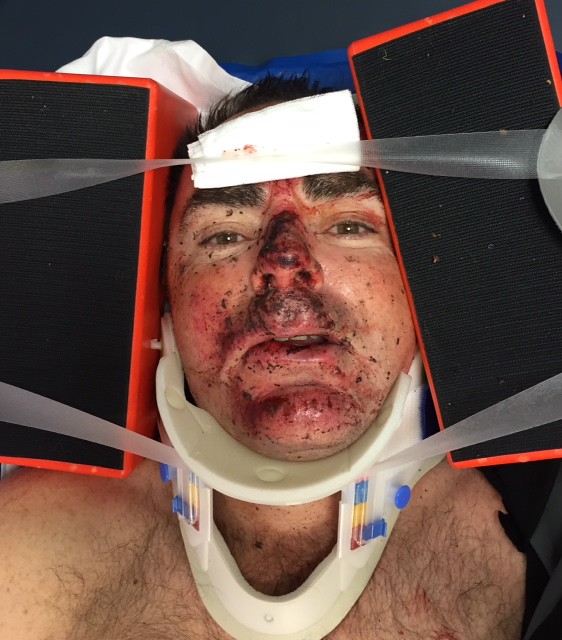