dyrlac Posts: 745
August 2016 edited August 2016 in Your road bikes
Since being on the losing end of an attempt by a car and a bike to occupy the same space, I find myself with unwelcome free time on my hands, so I thought I'd show off the infection vector that led to my case of (likely terminal) mamilism.

This 2013 CAADX was my first road bike, and my first bike of any kind since uni. I bought it the same day my orthopaedic consultant told me I would need to either run less, run slower or take up a new hobby (my ambitions in running far exceeded my fundamental genetic endowment, manifesting itself in chronic stress fractures, hip adductor strains and knee problems). Bought from Evans because it was on sale, the "fitting" consisted of a stand-beside test and a 10 minute test ride (most of which was spent trying to figure out how to shift new-to-me STI levers). Naturally, the bike is at least a size too large.

I upgraded various components over time as detailed below, effectively converting it from a cross bike to a conventional road bike. I put more than 8,000 km on this bike, the most notable expedition being the 2014 Tour of Flanders sportive. It primarily lives on the turbo these days, hence: 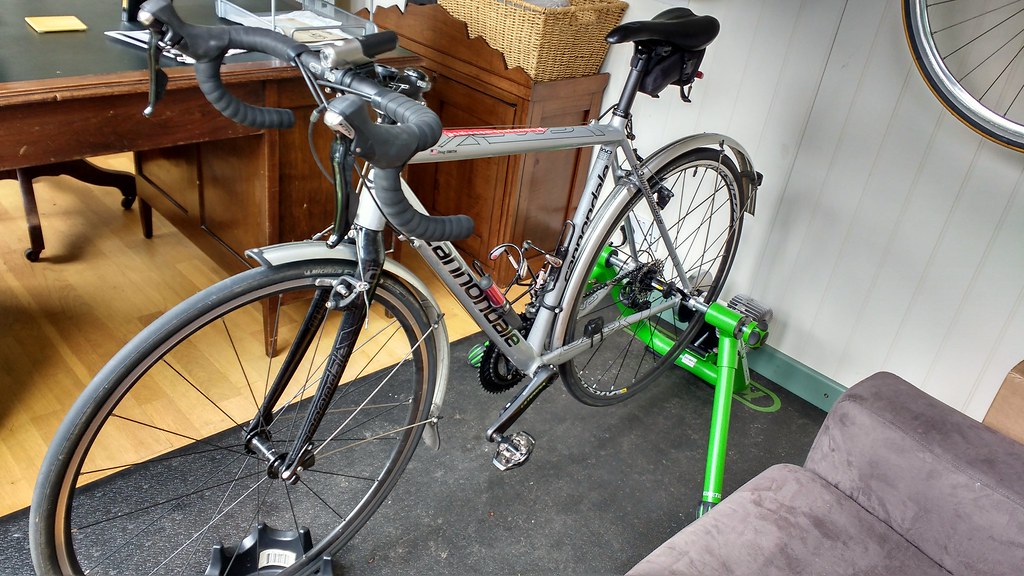