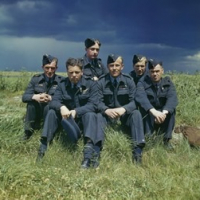 Chastise1943 Posts: 40
February 2016 edited February 2017 in Sportives/audaxes/training rides
Not quite the same beast without the ice - for once - this year. But the lack of decent signage certainly made it hell. Still trying to work out how I ended up on Hubbards Hill and then the centre of Sevenoaks towards the end and, to be frank, there were quite a few junctions where it just wasn't clear what the route actually was. Why no aerosol arrows at unmarshalled junctions and to confirm right route on the following road? This the second HOTA I've got lost on. Also, a lot of the route was muddy tracks and lanes which were, unsurprisingly, covered in winter muck, potholes and really poor quality. They were dangerous. Ok, it's a sportive in February. But I'd rather ride B roads than through brooks and mud with a real risk of crashing. 2 other points. What's the point of asking for an email confirmation print-out when you can still sign on without one. And why no final briefing on the start line today? The starter said nothing in the 5 minutes I was waiting there. He could have mentioned how dangerous descending Toys Hill would be in the wet, for starters.
0