davidb67 Posts: 39
October 2015 edited November 2015 in Your road bikes
It's finally here!
I waited to see what the new paint-scheme would be, announced at Eurobike, and then pulled the trigger on the 14/15 model.
Built-up with Ultegra Di2, internal battery, D-fly wireless, DuraAce levers, Ultegra chainset, Reynolds Assault clinchers with DT Swiss straight pull hubs, and a great big grin!! 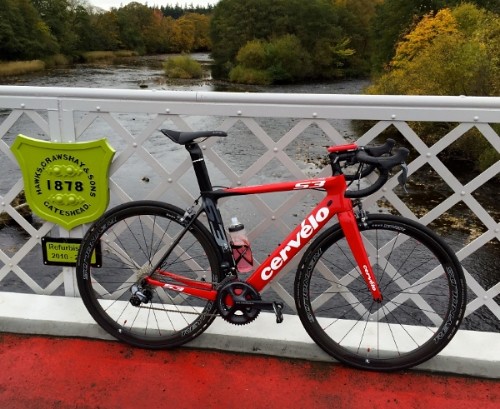