Thoughts welcome - which version to go for 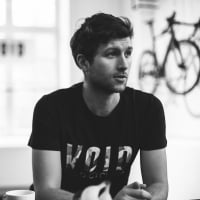 jasonbrim Posts: 105
October 2015 edited December 2015 in Cyclocross
Hi all, I am looking at getting a new CX bike, and have narrowed it down to two options (so please don't suggest other bikes - it is more about which of these to go for).

Otherwise, the bikes are fairly similar. I can get both of them in my size, but can get the 2014 version for a fair bit less than the 2016 version. I just wonder if it would be better to go for the newer bike, because of the through axles and one-by chainset (it still has a braze-on derailleur mount though). Are through axles the way forward, or are QR dropouts just as good (how will wheel choice look in the future?)? I can always change the 2014 version to have one chainring, so the one-by isn't too much of an issue.

Which would you go for?

FYI, the 2014 is white (until it gets muddy), and the 2016 is blue and yellow. I prefer the 2014, and the price leans me more towards that option, and the difference could always go towards new wheels eventually. Also, the brakes on the 2014 bike have been replaced following the SRAM recall, so that isn't an issue.
Brim Cycling Channel - My YouTube Channel
My Strava Profile -|- My Instagram
ActiveBeans - A Veggie Lifestyle Blog
0