davidof Posts: 2,893
July 2015 edited July 2015 in Tour & expedition
A few years back I asked about routes around Lake Maggiore and got some help from Andy Miller amongst others but there didn't seem to be much information. I've now spent 3 summers in the area with my bike and wanted to share some of the routes I've ridden in the hope this may be useful. I'll rely on Strava for the routes but can share gpx files elsewhere if there is demand.. 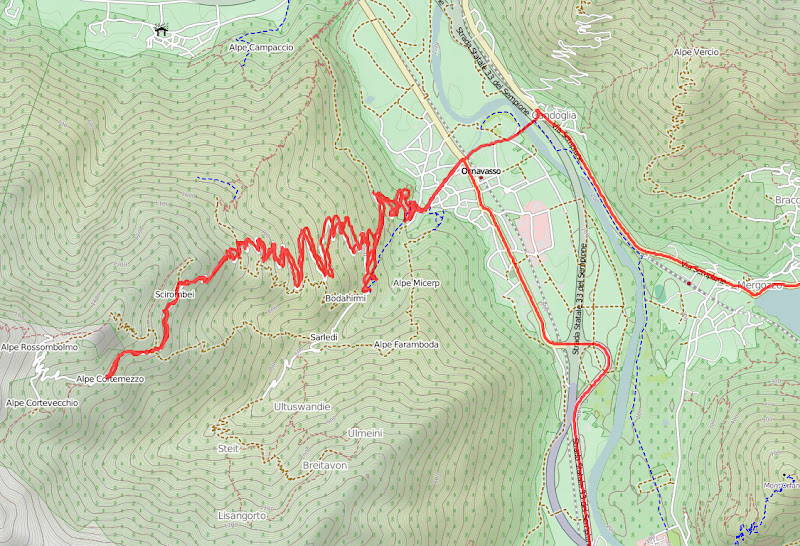 This fearsome climb starts from the village of Ornavasso just north of Gravellone-Toce. Ornovasso (Umfasch) is an old Swiss Valser colony and some of the older locals still speak a kind of German dialect which is very hard to understand even for German speakers. You'll be climbing in pro cyclist Elisa Longo Borghini's training ground, she lives near the base of the climb. The route to the summit is rated harder than Mortirolo and Mt. Zoncolan. 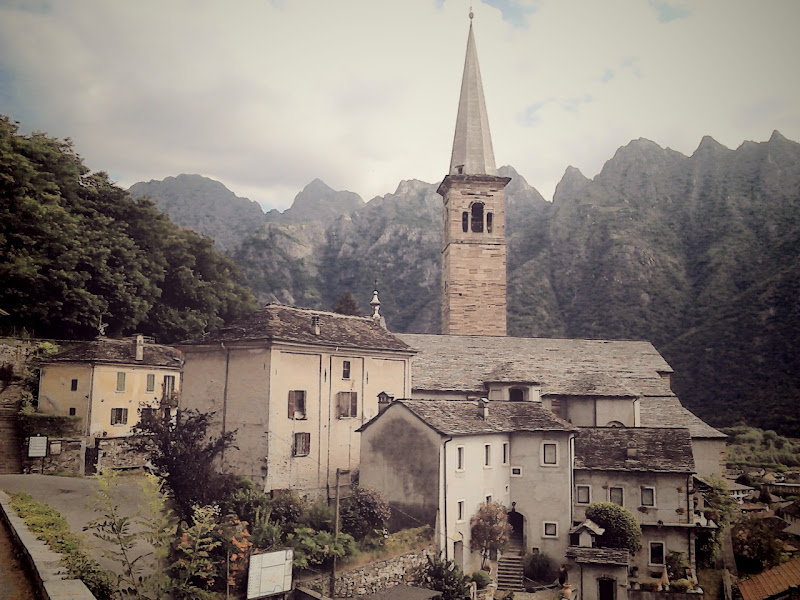 After the 15km ride on main roads (thankfully quiet at 7am) I reached Ornavasso and took the left turn signposted for Boden. You pass by a number of churches. 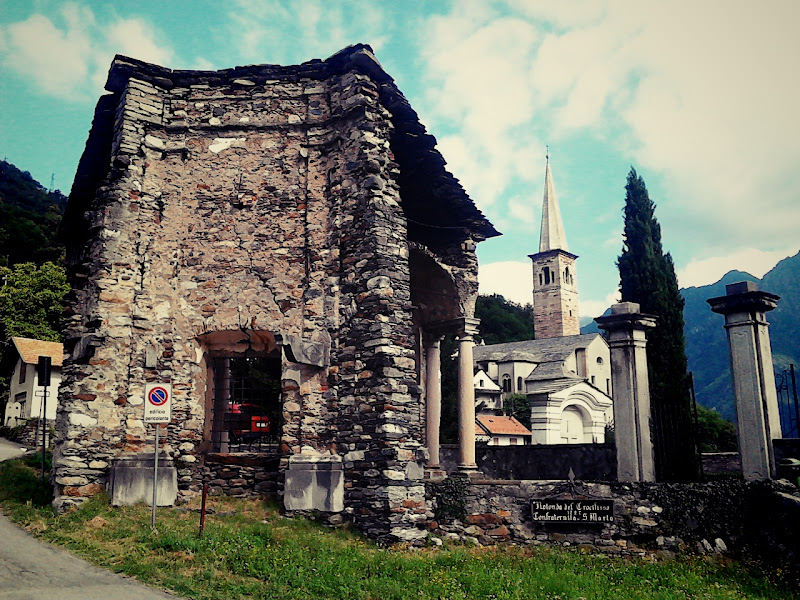 finally reaching the right turn for Cortevechio just before the Boden Sanctuary. The road continues through a series of villages. In general it is well surfaced with around 9-10% grade but with little climbs around 15%. All pretty nice until at 970 meters altitude or 8km the road becomes pot holed and there is a 2km section around 19% with sections of 33%. 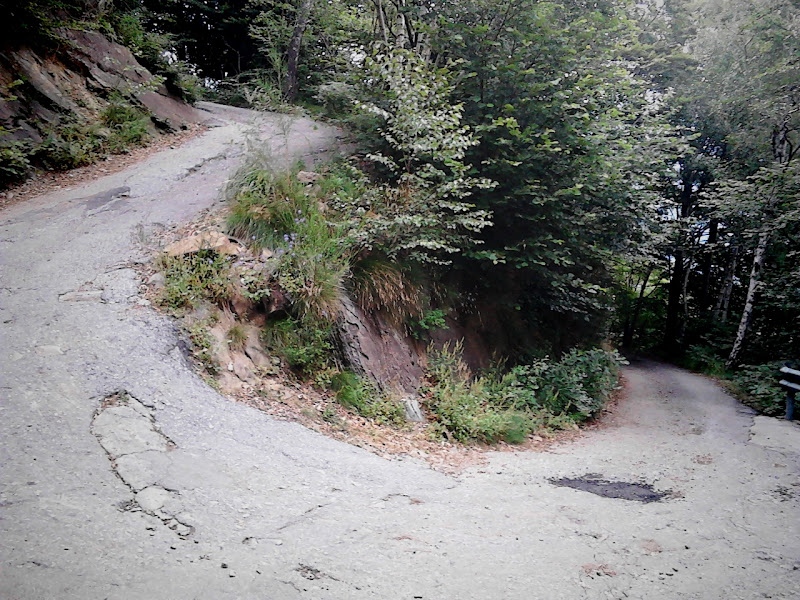 I'd suggest a 34x32 combo for the climb if you are on compact or something bigger on an MTB. The road flattens at Schrimbei hamlet 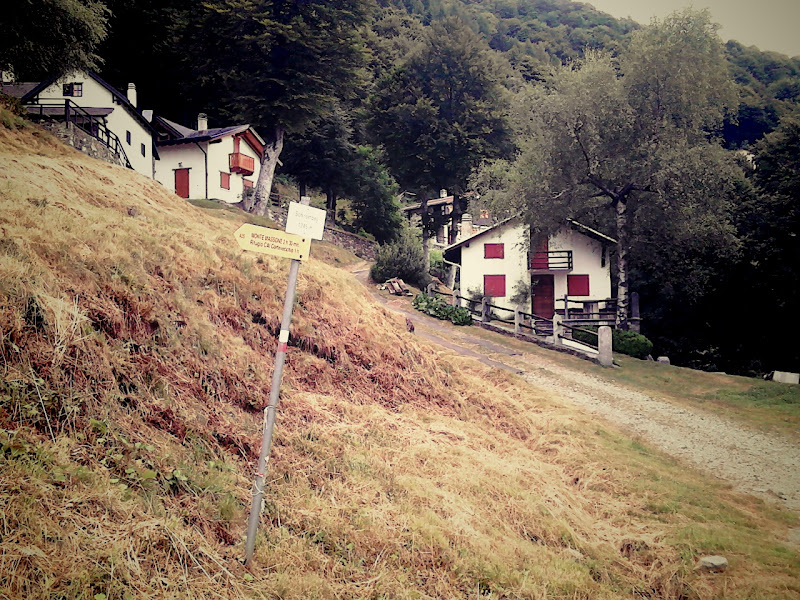 with views over Lake Maggiore and Mergozzo 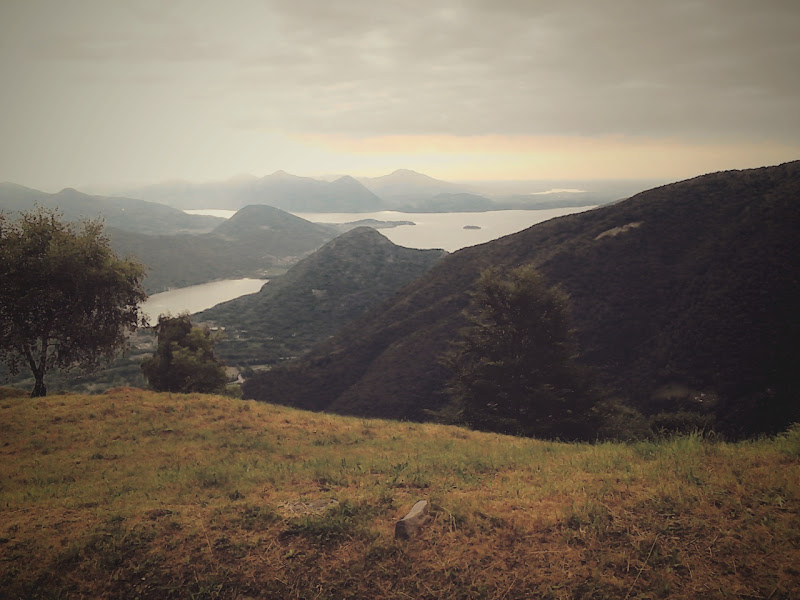 I stopped at Cortemezzo just before the final "wall" due to time but will be back next year. Remember you have to ride down what you came up. I tackled bit of the 2km steep section MTB style with my backside hung way back on the bike for balance. I was using 25mm tires on Open4 CD 36x wheels. Pretty robust stuff. Returning to the Boden road I climbed the 300 meters to Boden where there is another church. Again the place names reflect the Swiss Valser dialect. 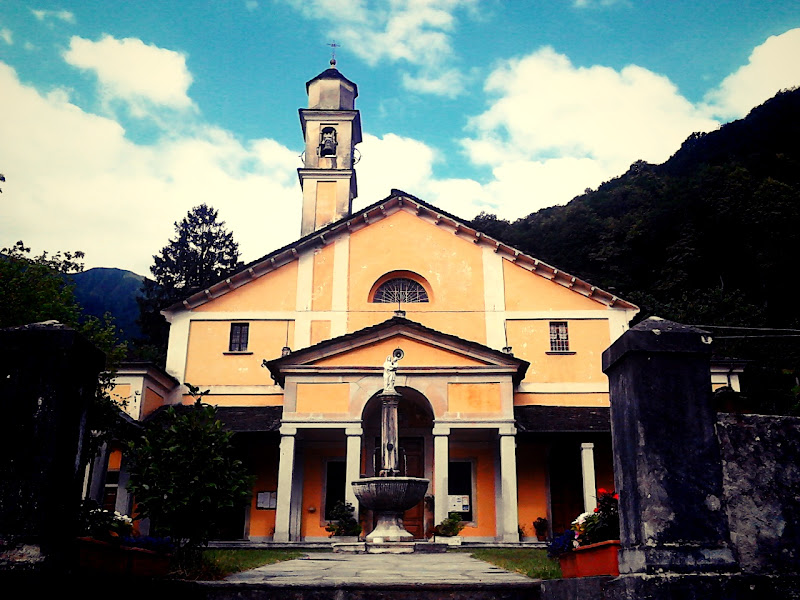 at Boden there is a Trattoria which also offers rooms: http://www.trattoriaboden.it/

The ride down to Ornavasso is fast. At the village cross over the main road to head to a suspension bridge (cycles and pedestrians only). This takes you across the river and onto the Mergozzo road. Mergozzo is an interesting city with a 12th century church and a good cafe stop by the lake. 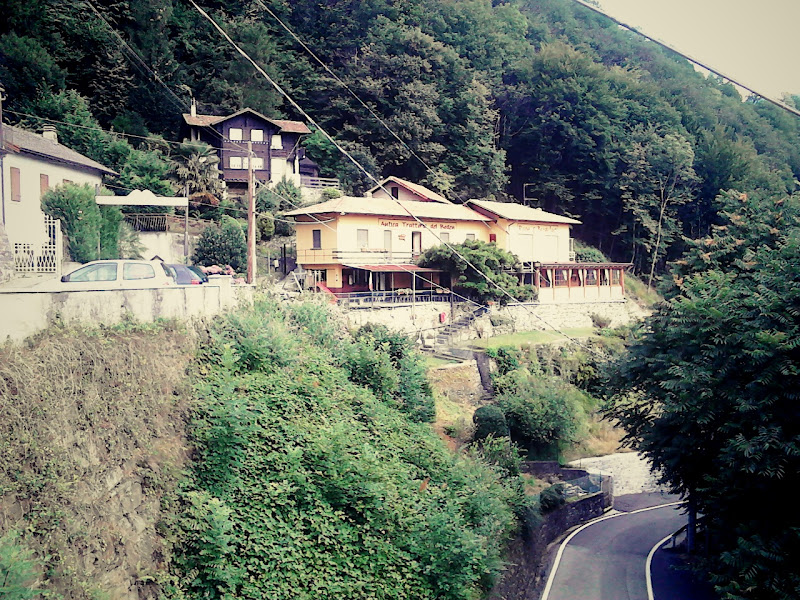 Avoid on weekends due to the number of cars on the narrow roads. 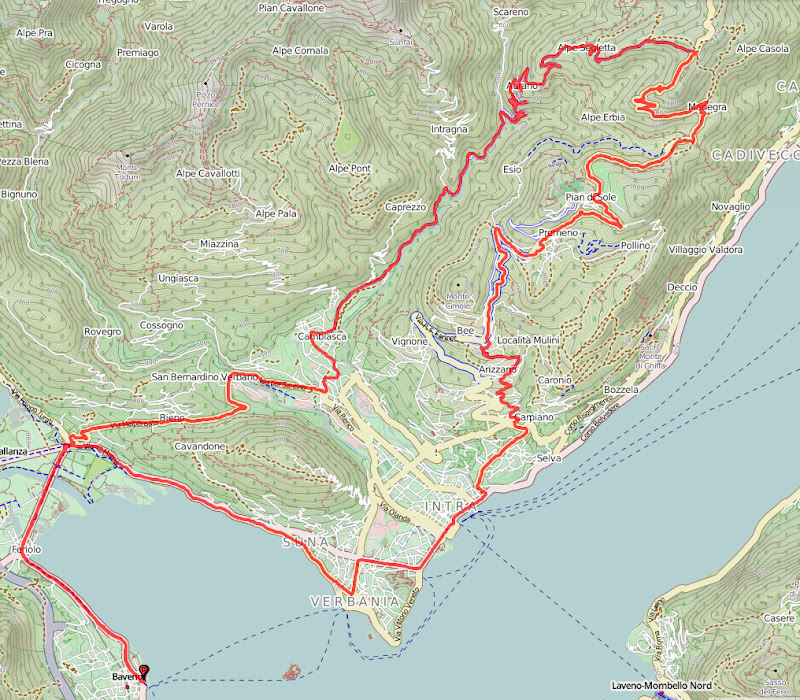 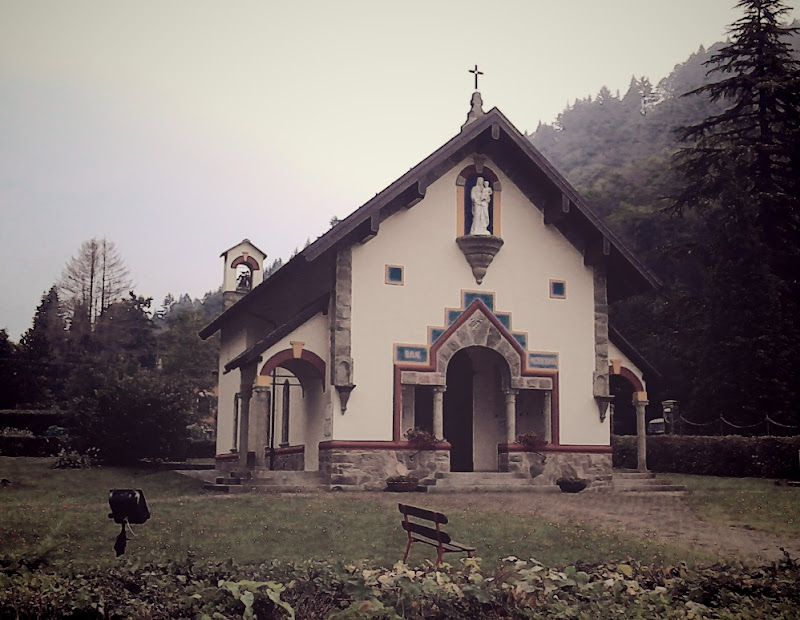 From Verbania there are two ways to tackle this loop. The steep hairpins of Bée overlooking the lake which then lead to a long climb to the ski resort of Premeno / Prian Di Sole. (http://www.piandisolesci.it/) before a gentle descent through woods then a final 4km climb to the Piancavallo view point. Here you turn left to Aurano. A very steep descent in places on a singletrack road through hamlets clinging to the hillside. After Aurona the grade flattens to around 5% for a fast descent through a steep valley with gorges to Verbania.

Tackled in the reverse direction and you have the very steep climb from Aurona with hairpins that will challenge any cyclist with a fast descent from Piancavallo to Verbania. 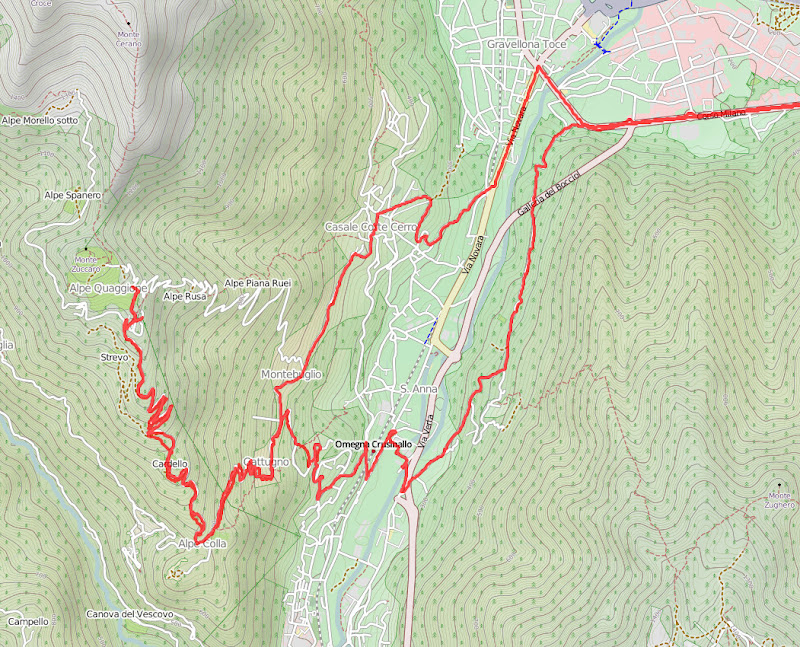 From the fishing village of Feriolo 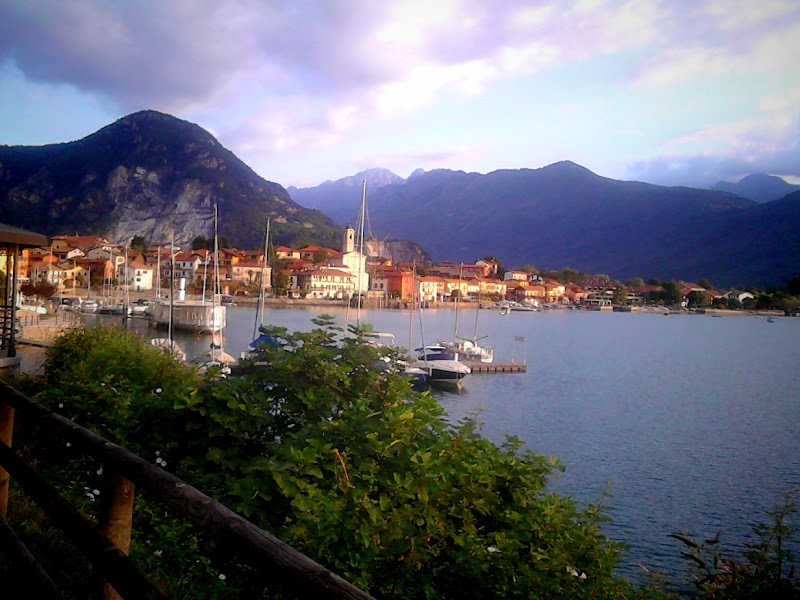 ride towards Gravellona-Toce. After 2 round-a-bouts take a left onto Via Granerolo a a hamlet. This is a tricky left turn due to poor visibility on the main road. Via Granerolo climbs over to Sant'Anna on a road with a series of short but steep climbs. At Sant'Anna traverse across to Via 6 Novembre via an industrial estate then double back 300 meters to sharp right hander marked Gatugnu/Montebuglio. This is a pleasant 7% climb to Gatugnu but at the exit of the village the road narrows and is not as well surfaced and gets much steeper, over 11% to Alpe Colla where there is a crossroads and restaurant.

From here follow the steep climb to Alpe Quaggione and even higher if you have the legs for it. 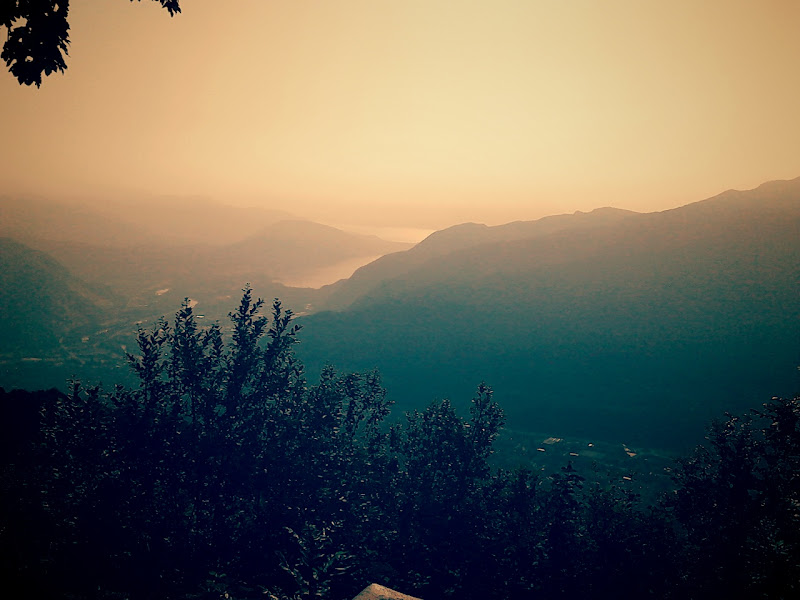 Return via the same route or Montebuglio and Gravellona Toce. 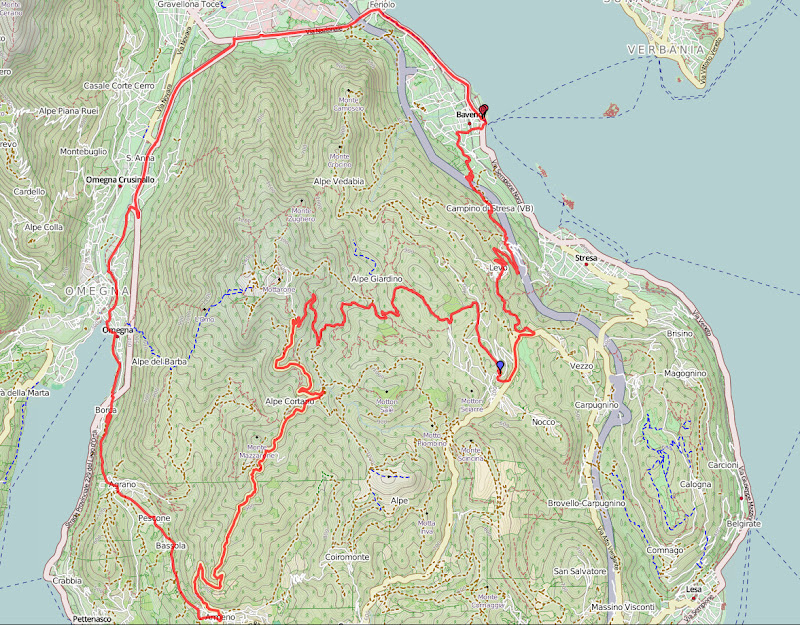 I climbed this in 2014 in the coldest July in years and it was sleeting at the summit. Mottarone is the big hill behind Stresa and rise to around 1450 meters with a ski resort on the top. From Baverno I followed the same initial route as Alpe Quaggione above, this is Feriolo than the little climb down to Sant'Anna known as the Mortirolo segment on Strava. From Omegna at the top of the Orta lake I followed the climb to Agrano (7% over 2.3km) then Armeno. From here the climb to the Mottarone starts proper on a well surfaced but steepish road. You are looking at 10km at 8% giving you 800 meters of vertical to the cross roads with the toll road. The 2km out of Armeno are closer to 12%. For extra brownie points you can loop round the summit of the Mottarone then follow the toll road down directly to Gignese. This is free to bikes but 7 euros for cars. It is steep and poorly surfaced at the start but they've redone the road lower down. There is a nasty one km climb up to the top of Gignese and the bottom toll booth which you pass on the far right. Then down via Gignese and Stresa or Baverno.

This is the classic climb in the area to the ski resort of Mottarone from Stresa. From the coast road follow road signs for Mottarone near the Borremeo Palace Hotel. The climb is some 20km over 1300 meters at 6% but this disguises some sharp changes in gradient. Climb to Vezzo (6km) then Gignese where you take a right at traffic lights onto the via Alpino (note there have been some one way changes in 2015 which may change the exact route). Above Gignese there are some ramps of more than 15% and the final part of the toll road is both on a pot holed surface and over 10%. There are cafes on the Mottarone and excellent views of the surrounding lakes. 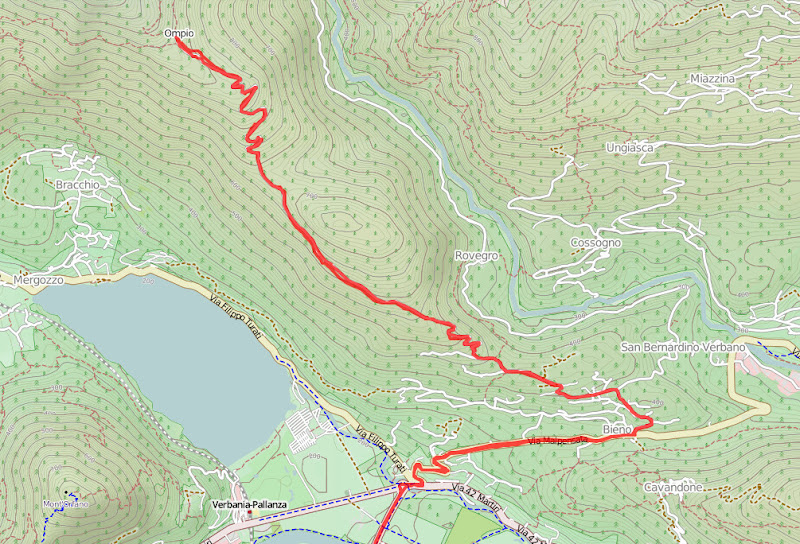 From Fondotoce take the road to Bieno and at the col take a left at the lights into the village. The village has a steep wall before descending slightly to the San Bernardino road. Here left to climb to the alpine pasture of Alpa Omio through pine forests. The road has a series of ramps with a 2km section at 12%. From Fondotoce you climb 730 meters vertical over 9.2km giving 8% average. The road is a dead end but you can descend to San Bernardino and into the Verbania backcountry.