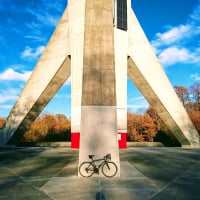 term1te Posts: 1,462
May 2015 edited May 2015 in Sportives/audaxes/training rides
Anyone heading off to Lausanne for the tour du Léman this weekend? Looking at the starters list there are more than 100 entrance with UK addresses.

Great event, very fast, beautiful scenery well organised. The weather forecast is a lot better than it was, so should be dry, but looks like there will be a stiff headwind for the last leg from Geneva to Videy.
The Master
The Moser
The VN
0