Descending with the pro's 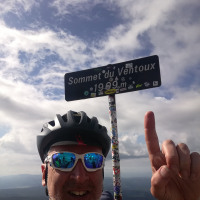 mtb-idle Posts: 2,179
December 2014 edited January 2015 in Commuting chat
Way back in July I visited the Pyrenees to follow le tour. I finally got around to editing some of the footage I shot whilst descending the Pla d'Adet in the company of my eldest son and the pro tour riders who were making their way back to the coaches parked at the bottom of the mountain.

It's quite a long video but hopefully enjoyable. Hope you like it.

List of riders including Richie Porte and others and the times they pass me on the video link. Feel free to ID any riders I have missed.
FCN = 4
0