Advice: Someone's Locked my Bike Up

charliew87 Posts: 371
June 2014 edited July 2014 in Commuting general
So last night went to a pub to watch Spain v Chile in Soho. Locked bike up outside. Came out at 10pm and some mug has locked their bike to mine and the bike stand. Very annoying.
Waited an hour, no sign of this person. Went into a few local offices with 24h security and they didn’t know who it could be.
I’ve got one Kryptonite D-Lock and one fairly thin cable combination lock holding mine to the bike stand and ended up leaving it there last night.

Fortunately it’s still there this morning, but it’s also still locked by this other lock and bike.

I’ve got insurance but they won’t cover the £90 to have the lock cut off that I’ve been quoted. I know that this is a common way of people nicking bikes, with them cutting the lock off in the dead of night and taking my bike.

I don’t want to leave it there another night, but also don’t particularly want to pay the £90 to have the other lock removed.
Anyone got any pearls of wisdom for me?!

(Mine is the black & orange one, theirs is the Scott.) 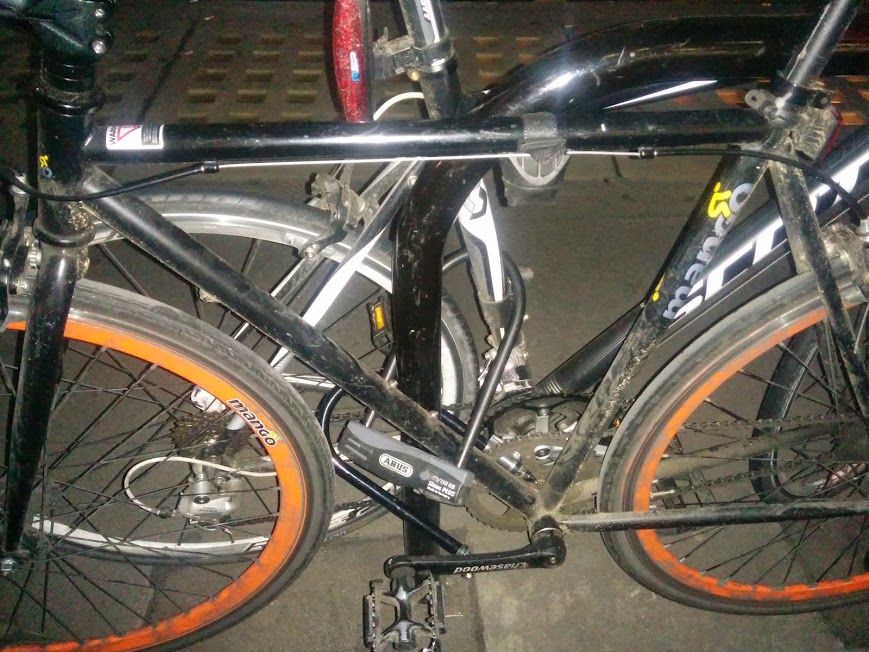