tremayne Posts: 378
January 2011 edited April 2011 in Your road bikes
Not quite finished - though admittedly it's just bar tape and setting up left. Always found tape a bit scary but I'm sure I'll manage! (will be Fizik - per the saddle)

Looks v. nice - but that is of course just the owner talking. Overall I'm very happy and hope to get it finished off very soon. Shame Slipstream have ditched Felt for 2011 but then again, I doubt I'd be in possession if it weren't the case. 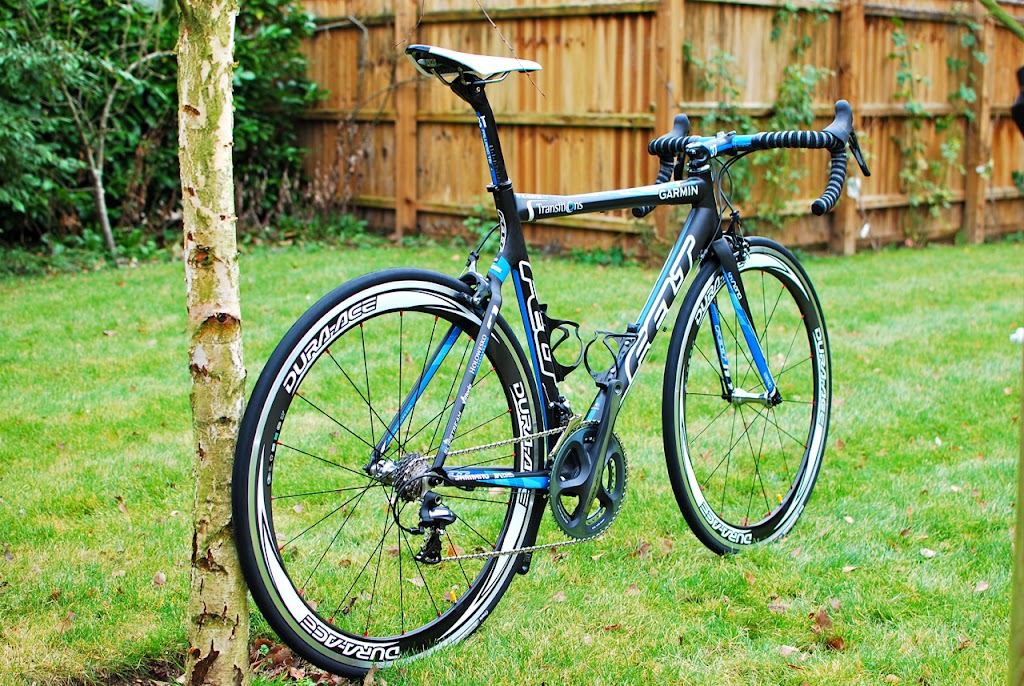