msw Posts: 313
September 2010 edited September 2010 in Your road bikes
The story here is that I wanted to buy and fix up a nice old bike that I could actually use, not that would sit on a wall or be a perfect restoration - so I wanted to keep what components I could. That didn't turn out to be much, mainly because I flushed all the grease from the freewheel by mistake and the bottom bracket was fused.

The idea was to keep the whole thing under £500, equivalent to an entry-level road bike but more satisfyingly mine. I've blown that but it probably came in under £600. Also, in my teens I had a beautiful Peugeot in 531 Pro that was nicked so I had a hankering for something similar. After a bit of research I overpaid for a poor condition Gazelle Champion Mondial on a Well-Known Auction Site, stripped it and had it resprayed and a few months later I'm quite happy with how it's turned out. 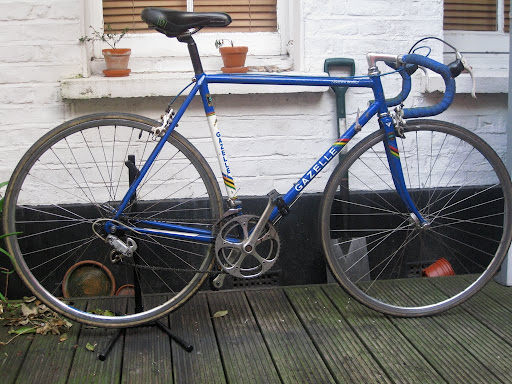 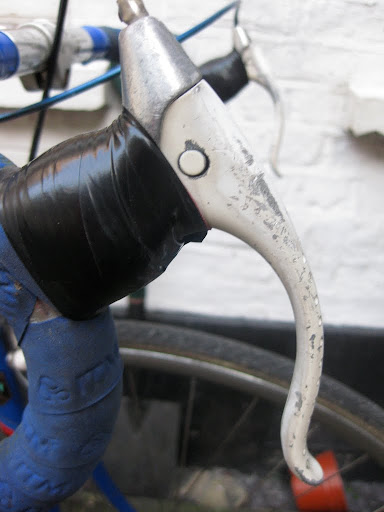 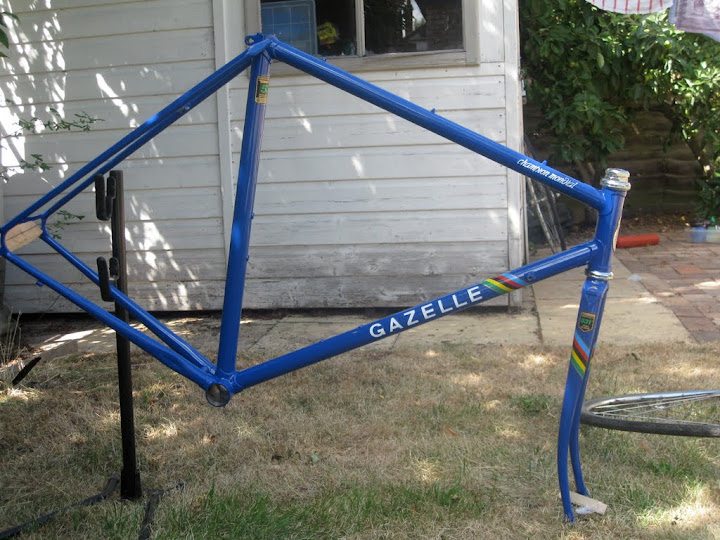 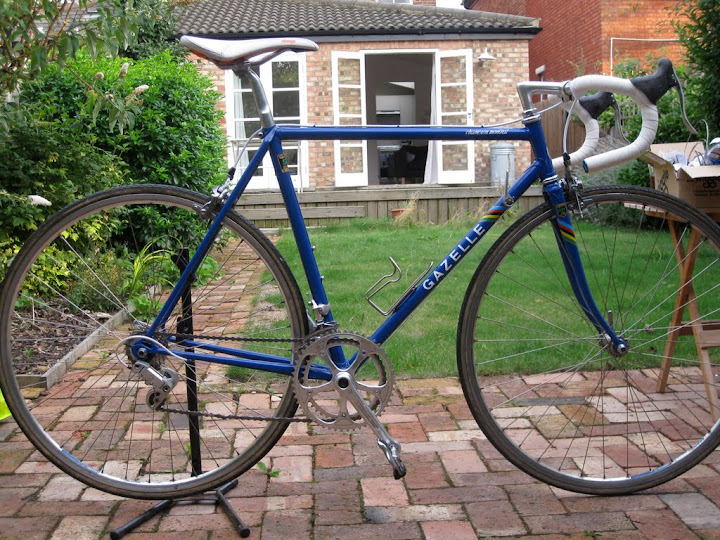 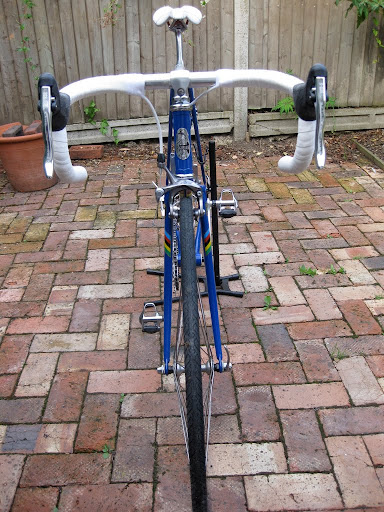 Other info: It would have been nice to keep the brakes (which I think were Modolo Superprestige) but the condition was awful and I quite like having new brakes when I'm going downhill...
"We're not holding up traffic. We are traffic."
0