With the Pyrenees in the rearview the attention turns back to the sprinters on stage 19 with a 207 kilometre stage from Mourenx to Libourne. It has been awhile since Mourenx last saw a Tour de France peloton. Following finishes in 1969 and 1970, La Grande Boucle set off from the village in the Pyrénées-Atlantiques department in 1999 and 2005.
The riders head in an almost straight line to the north for a likely bunch sprint in Libourne, east of Bordeaux, however it will be a tough day for the sprinters to control. 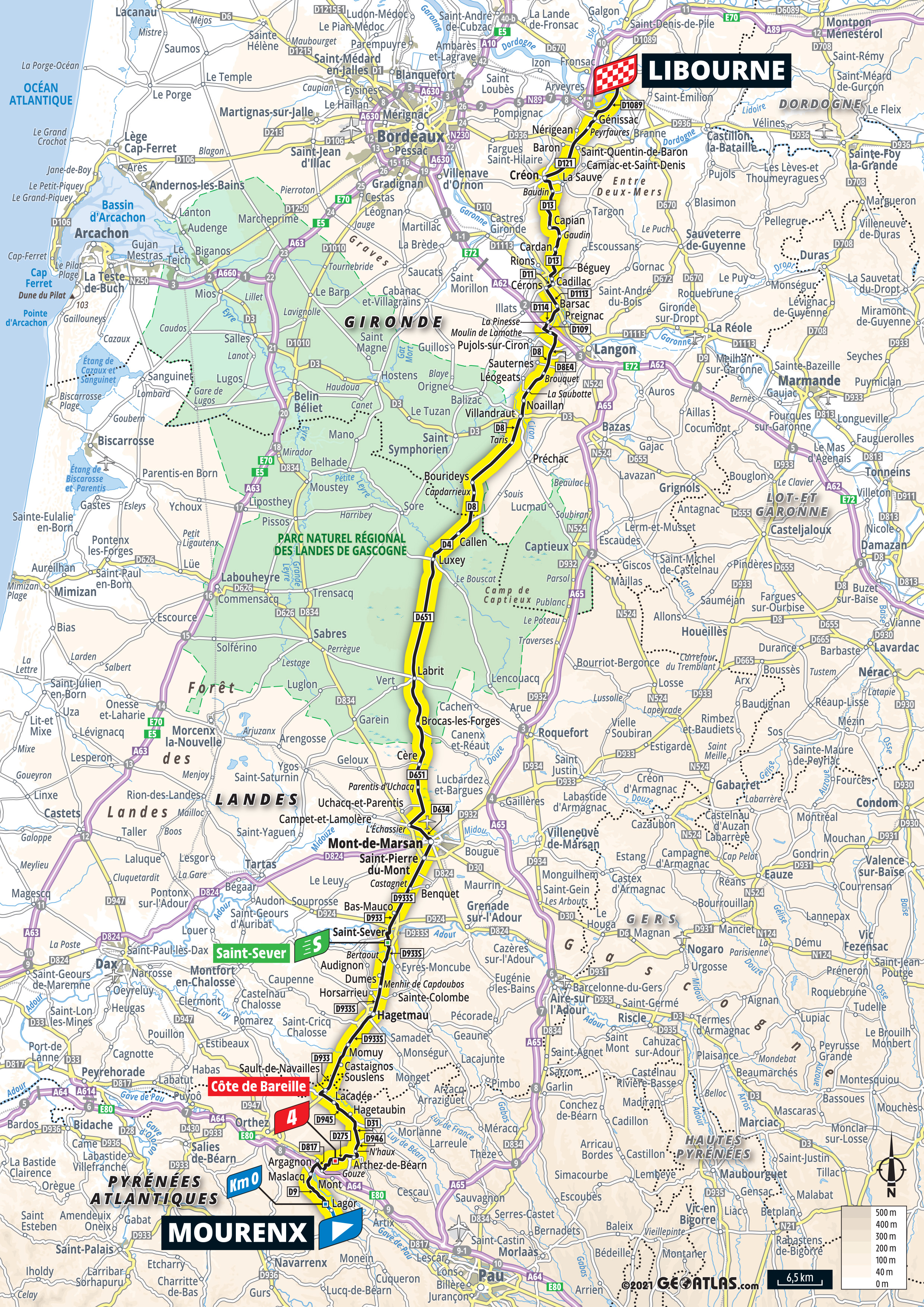 There is a solitary 4th category climb which appears early in the stage, but by now, it should attract little interest with the KoM jersey undoubtedly already decided. It's been a few years since there were two stages following the mountains, and the parcour while being predominantly flat, does roll for much of the stage, favouring guys with remaining stamina.

Not all teams will still have their fast finisher in their ranks, so there are less candidates to share the work load. The distance, coupled with the fact that peloton will be exhausted from five days in the mountains, will leave a number of teams somewhat unwilling to control a peloton for a long day in the saddle. This could also be the last chance for teams without a sprinter or a GC rider to potentially rescue their race and with a lumpy opening 50 kilometres a bunch sprint is far from a certainty.

(apologies if I have missed anybody obvious but there must be 50 guys who will try for the break.)

Stage town for the 5th time
Population: 6,500
The discovery of the natural gas deposit at Lacq and the development of an industrial complex, lead to the first new town in France to be built in 1958 near a village of 200 people. The town was built at an extremely fast pace and a few years later had almost 12,000 inhabitants. The town of Mourenx remains closely linked to the industrial basin where international companies and start-ups are driving the conversion to renewable energies and the chemistry of tomorrow.
Half a century ago, it was traditional to follow the Pyrenean incursions with a stage for sprinters in Bordeaux and, in 1969 and 1970, it was from Mourenx that this "classic" started with victories for Barry Hoban and Rold Wolfshohl. Thirty years later, in 1999, it was Tom Steels who won a stage from Mourenx to Bordeaux. 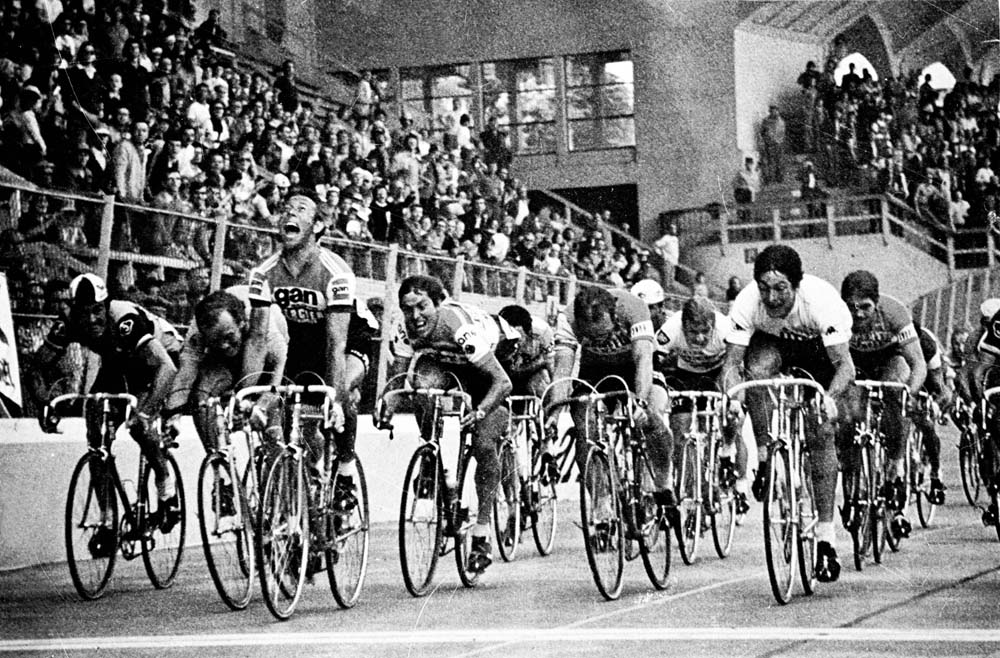 Stage town for the 4th time
Population: 25,060
The natural confluence of the Isle and Dordogne rivers led to the foundation of this bastide in 1270 by English soldier Roger de Leyburn, who gave it his name. The flourishing trade it has developed over the centuries, mainly in salt, wood and wine, has made it one of the most prosperous bastides in Aquitaine. Surrounded by its ramparts and towers, Libourne imposed its supremacy. For a long time, this prosperous city maintained a privileged link with England. The ships coming from England, which left Libourne loaded with barrels of wine. Today, the cruise ships have replaced the ships of the English fleet. Libourne is also the birthplace of Mickaël Delage, who has taken part in six Tours de France, mainly in the colours of the Française des Jeux, and of Quentin Pacher, one of the most combative riders of the 2020 edition.

Château de Sales - AOC Pomerol
Perhaps built by the first known owner, Jean de Sauvanelle, mayor of Libourne in the first half of the 17th century, the plan of the château still adopts that of a fortress, entirely enclosed and organised around an inner courtyard. The gardens drawn on the plans of 1770-1772 were replaced by lawns, while the pond was built between 1770 and 1780. Located in the Pomerol appellation, Château de Sales has the largest vineyard in the AOC with 47.6 hectares of vines, out of the 90 hectares of the estate. The limits of the property are the same as in 1578, except for three hectares that were lost during the revolution. 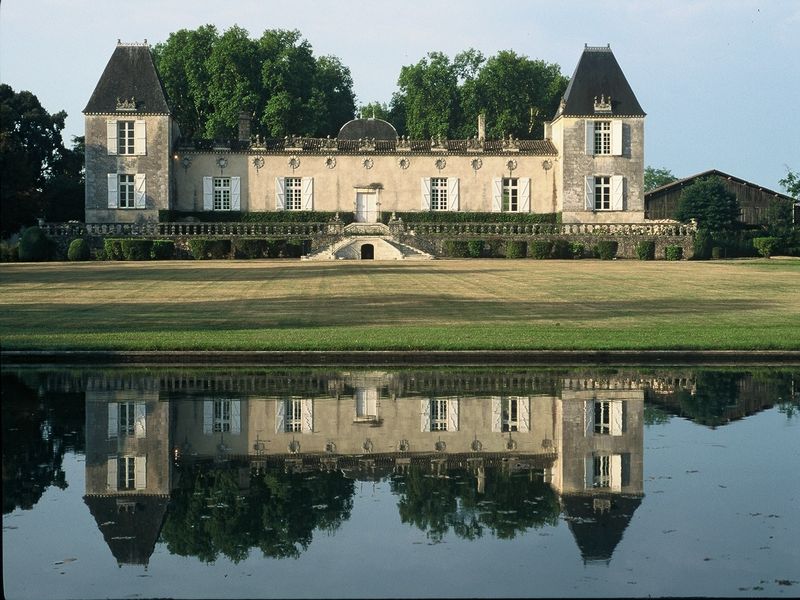 Anybody got a spare 20 grand? This could be yours. 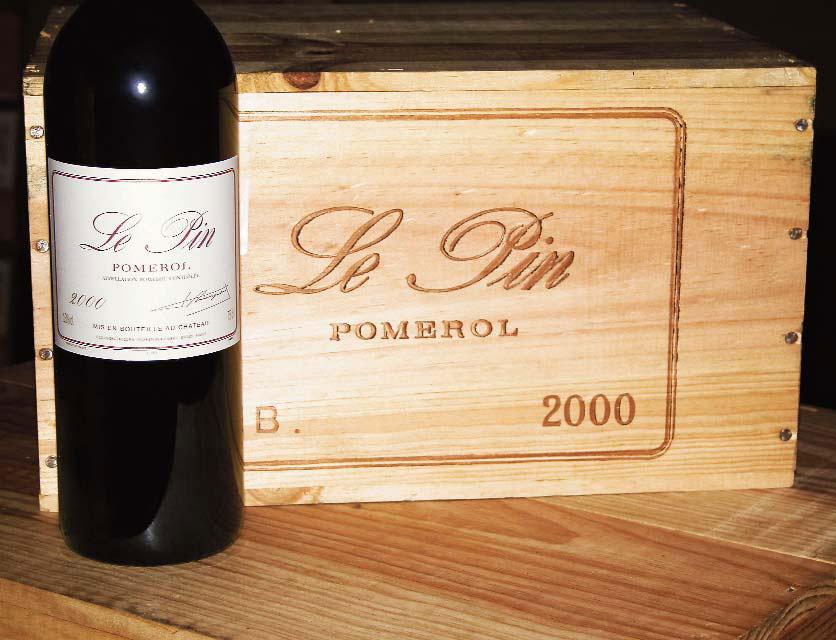 Pork confit from Libourne
Pork confit is one of the great specialities of the Libourne region. It is similar to enchaud or enchaux, which are common in the Landes. Some believe it is even tastier than goose confit.
Taken from the fillet, it is spiked with garlic, rolled on itself and braised slowly in a casserole dish. To eat, cut the confit into thin slices and serve with a salad with walnut oil. It can be eaten cold or reheated in a pan.