As required in the tradition of the “bouchons lyonnais” (typical Lyon restaurants), the menu will be dense and promises a battle between the breakaway specialists, the climbers and the sprinters. First on the Monts du Forez where the riders will have to go up to the Col du Béal, and then mainly on the urban course of close to 15 kilometres in Lyon including three climbs: the Côte de la Duchère, followed by the Montée de l’Observance and finally the Côte de la Croix-Rousse just five kilometres before reaching the finish line. – Christian Prudhomme 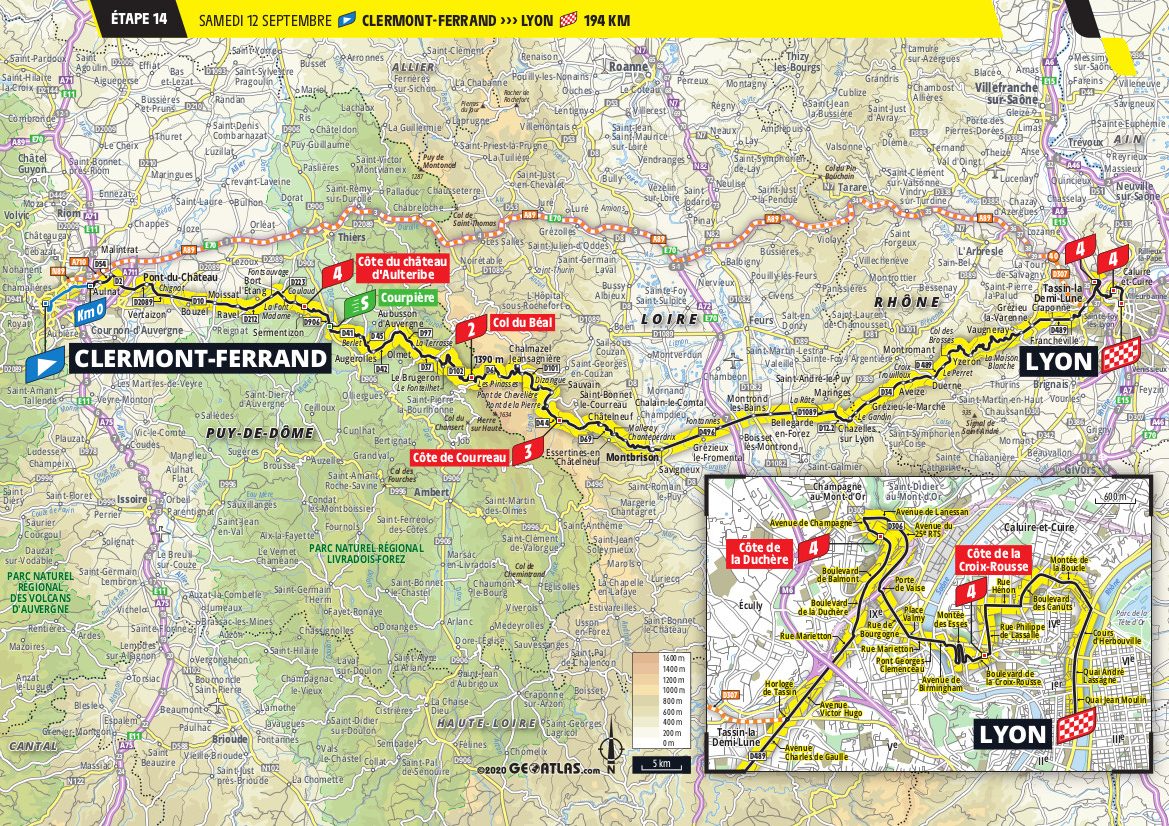 The race kicks off in Clermont-Ferrand, a regular on the Tour route and heads towards Lyon along constantly undulating roads. 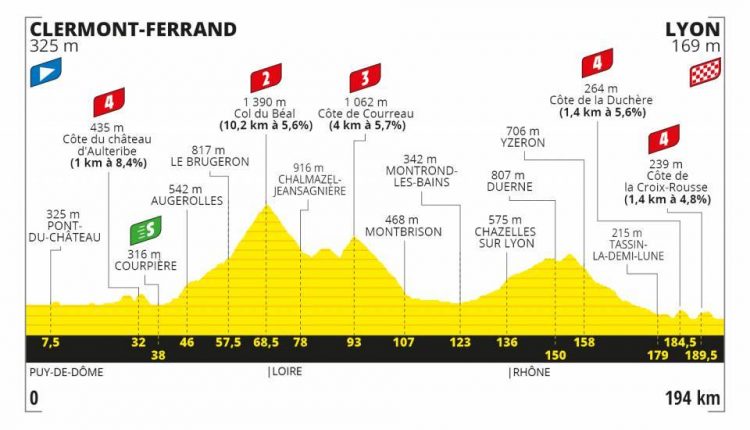 The Col du Béal being the largest obstacle of the day, although it does get tackled relatively early in the day. 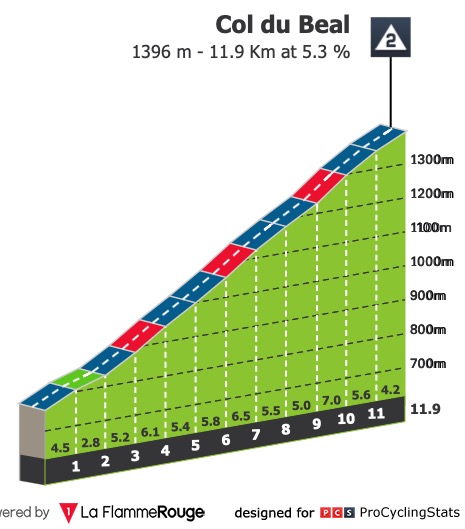 With 11 kilometres to go the riders tackle the Côte de la Duchère: 1.6 kilometres at 4.1% with the first half toughest at 6.8%. 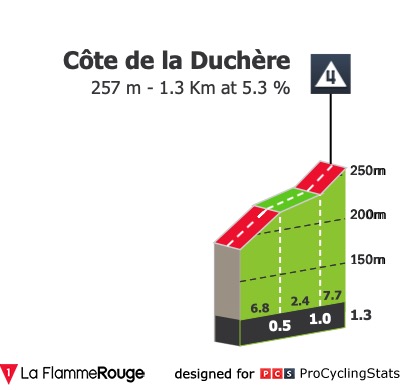 The route continues over the Côte de la Croix-Rousse – 1.8 kilometres at 4.5% – with 5 kilometres remaining. The riders descend towards the Rhône and the last 2 kilometres along the river are flat. 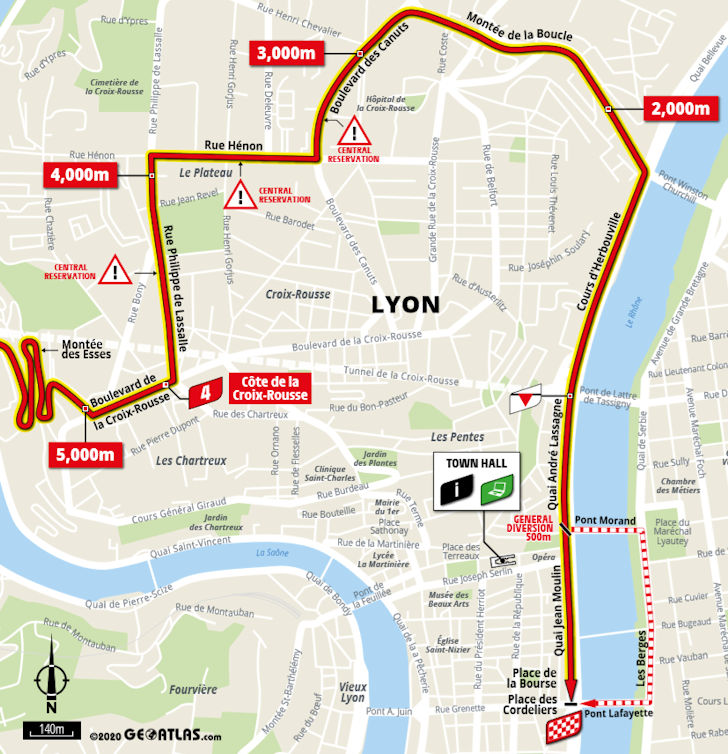 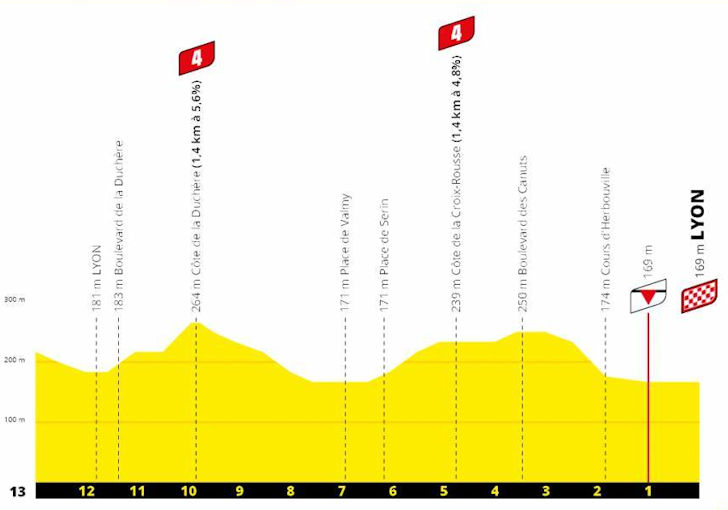 The 14th stage of the Tour de France is a race for Classics riders. With hardly a flat metre underway, the last 15 kilometres are bound to ignite the fireworks big time. Three climbs in short succession lead onto a virtually flat finale.

It has been more than 30 years since the Tour de France last stopped in Clermont-Ferrand, precisely since 1988 and a stage won by Thierry Marie.
The city of tyre-maker Michelin, for long a special partner of the Tour, most often served as a launching pad, and in particular for two time trials finishing at the top of Puy de Dôme in 1959 (Federico Bahamontes) and 1983 (Angel Arroyo).
The first winner of a stage in Clermont was a local hero, Raphael Geminiani. 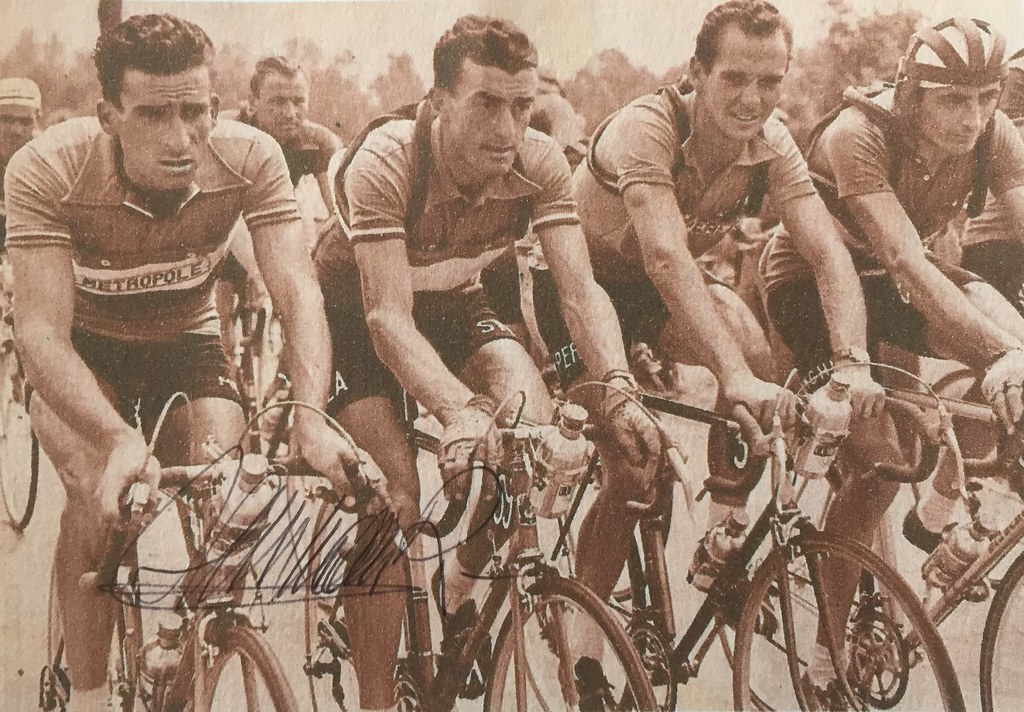 The baton has been handed to local prospect Rémi Cavagna, winner of a stage in the Tour of Spain last year.

The finish of the very first stage of the Tour de France in 1903, won by Maurice Garin, Lyon finally hosted the race only 17 times in 117 editions. The capital of Gaul appeared for the last time on the Tour de France route in 2013 for the 100th edition. Victory that day went to Italian Matteo Trentin.
Lyon has held decisive time trials on several occasions. It was the case in 1950 with the victory of Ferdi Kübler, then again in 1962, when Jacques Anquetil won. 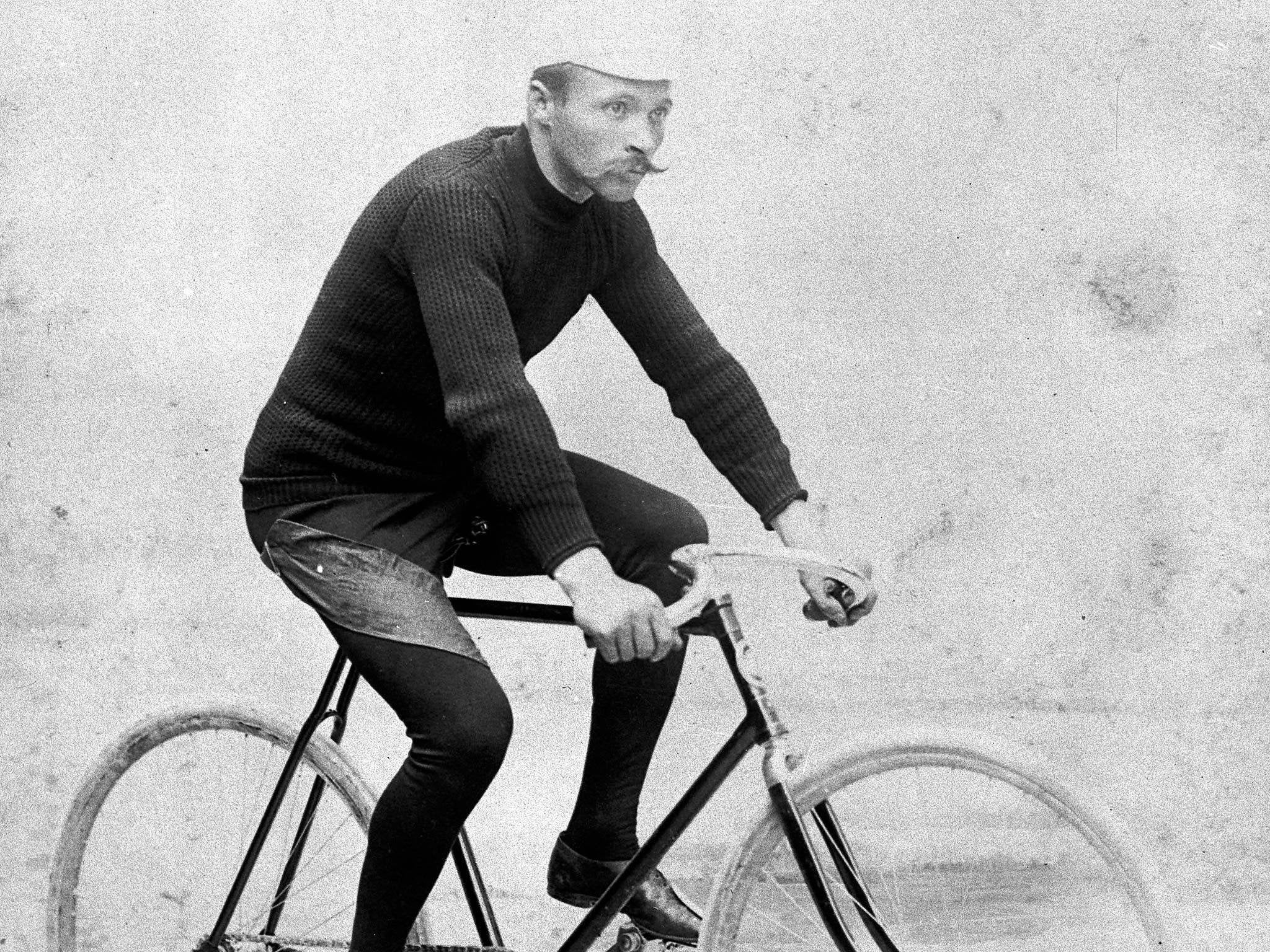 Old Lyon
World famous for its Renaissance architecture, the Old Lyon district owes its fabulous conservation to the safeguarding plan and to the Malraux law protecting the site from 1964. It is typical for its bourgeois architecture, very influenced by Italy and by Paris. 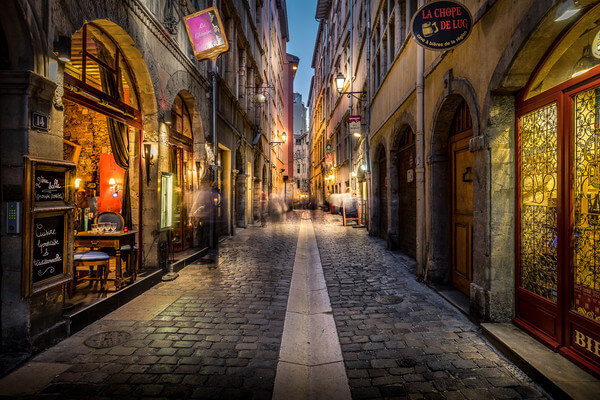 Quenelles de Lyon
For 8 beautiful quenelles you need: three eggs, 175 g of flour, 50 g of butter. And that's all! 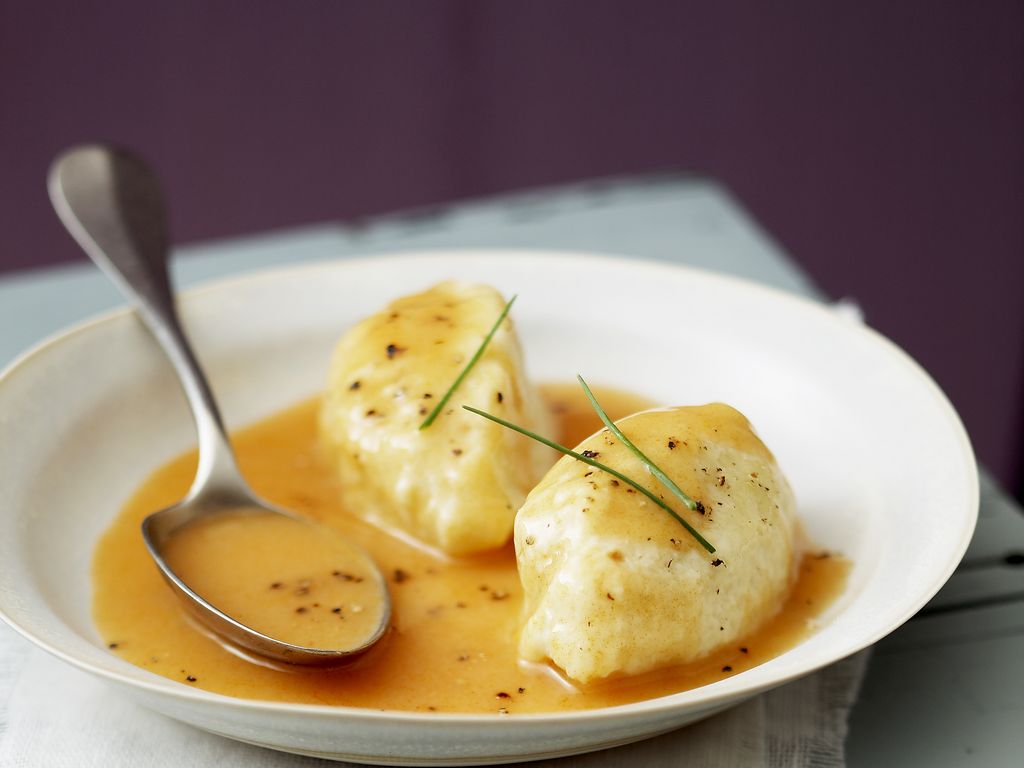