The 6th stage on the Tour de France dips its toe in the Massif Central. The race from Le Teil to Mont Aigoual amounts to 191 kilometres. The last 26 kilometres run mostly uphill.
The finish at the Mont Aigoual will be situated on a vast “plateau” on the borders of the Gard and Lozère departments 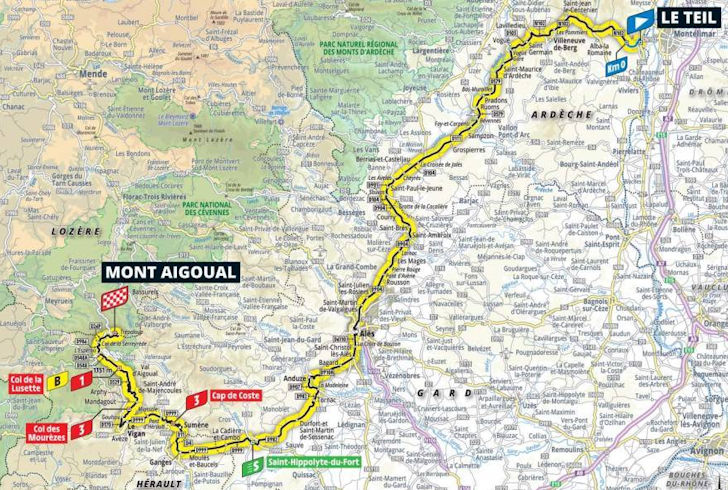 The peloton sets off to enter the highly picturesque Ardèche region. On lumpy roads the riders head for an uphill finale. To be precise, an uphill in three stages. Expect the ascent to thin the peloton of the heavy sprinters and rouleurs. It’s a day for the hard men in the breakaway, and it’s 190 kilometers, which means riders will now have 1,000km in their legs.

Only the first part of the race takes place on the flat, the rest of the route is constantly undulating. 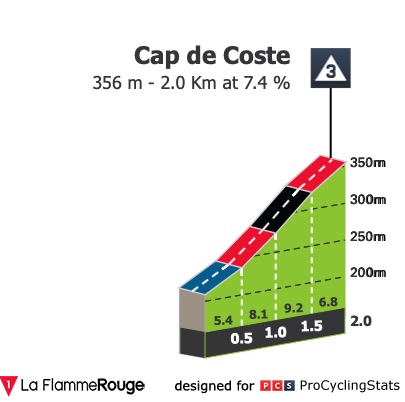 After 165.5 kilometres in the saddle the riders move through Le Vigan. Shortly, they tackle the Col des Mourèzes, which is a 6 kilometres climb with an average gradient of 4.8%. 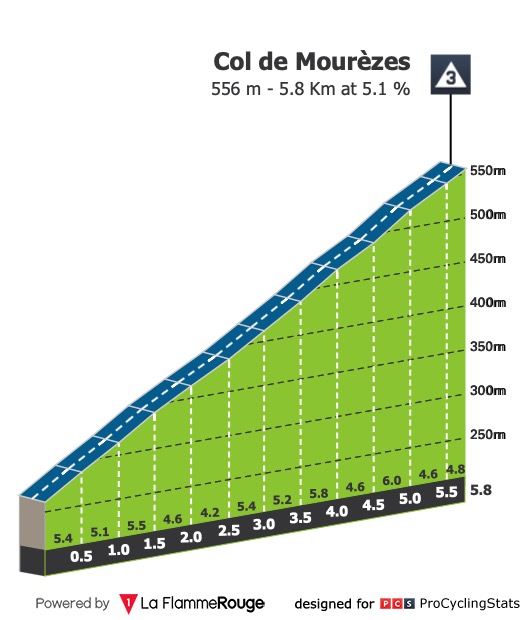 A few kilometres on the flat usher in the hardest part of the route. After Mandagout the route returns to climbing again, often at double digit gradients. The Col de la Lusette is 11.7 kilometres long and the average gradient sits at 7.3%. The first three riders over the summit gain time bonuses of 8, 5 and 2 seconds. 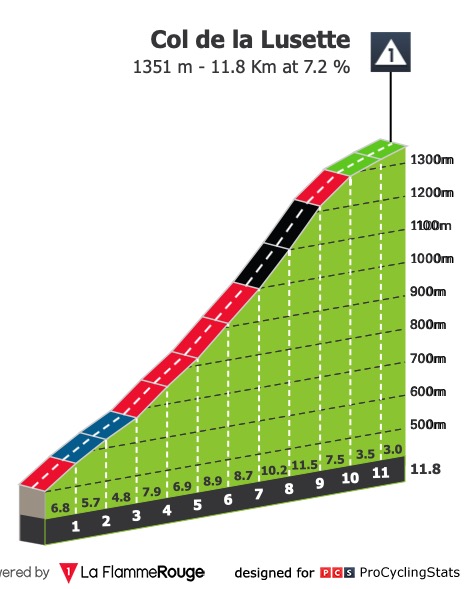 The riders crest the unprecedented Lusette with 14 kilometres remaining. Following a downhill section the Mont Aigoual appears. The final climb is 8.3 kilometres long and slopes at 4%. 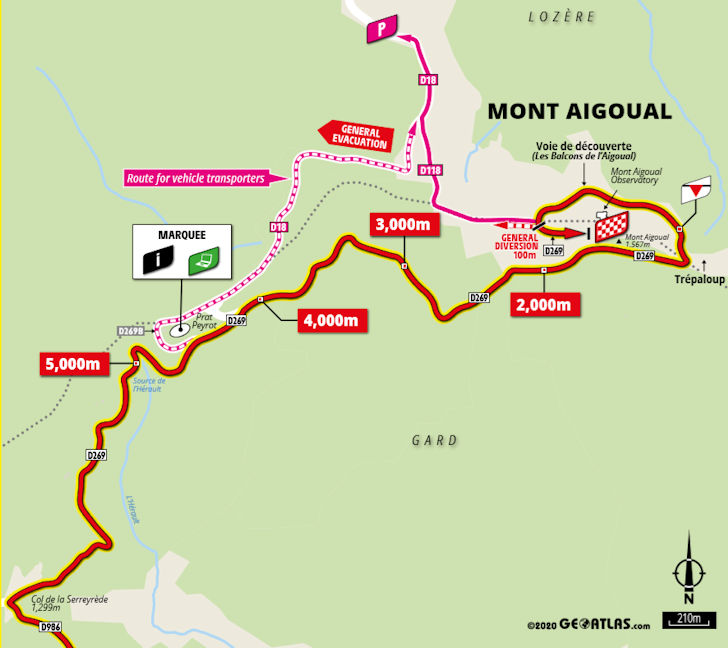 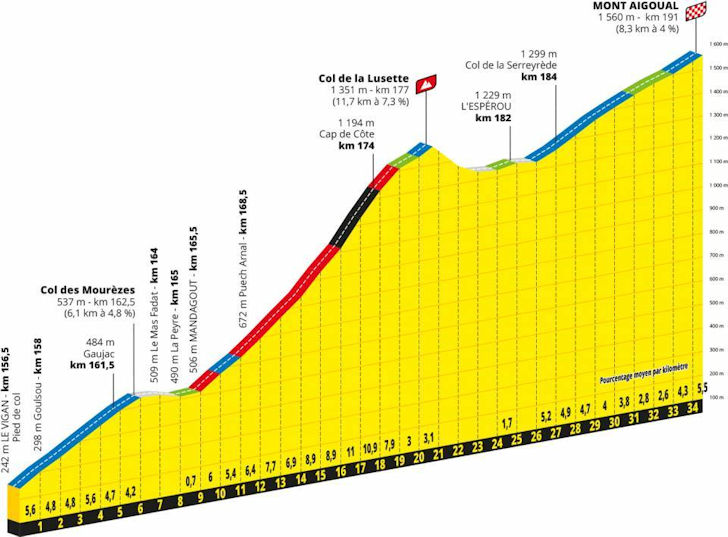 The route is tailor-made for a successful breakaway, albeit after a hard battle to be in it.
A GC battle is also on the cards.
Lusette features an interesting section of 4 kilometres with an average gradient of almost 10%. This section starts with 20 kilometres out and it is safe to say that it is the core of the race. Doubtless, GC riders are going to test each other here.

Regularly on the map of the women’s Tour de l’Ardèche, Le Teil was once the playground of British riders with victories by Lizzie Armistead in 2010 and Emma Pooley in 2011 and 2012. In the men’s peloton, Germany’s Nikias Arndt won a bunch sprint here in the Criterium du Dauphiné in 2014. The Tour de France had never before visited this lovely little town on the banks of the Rhone, close to Montelimar. 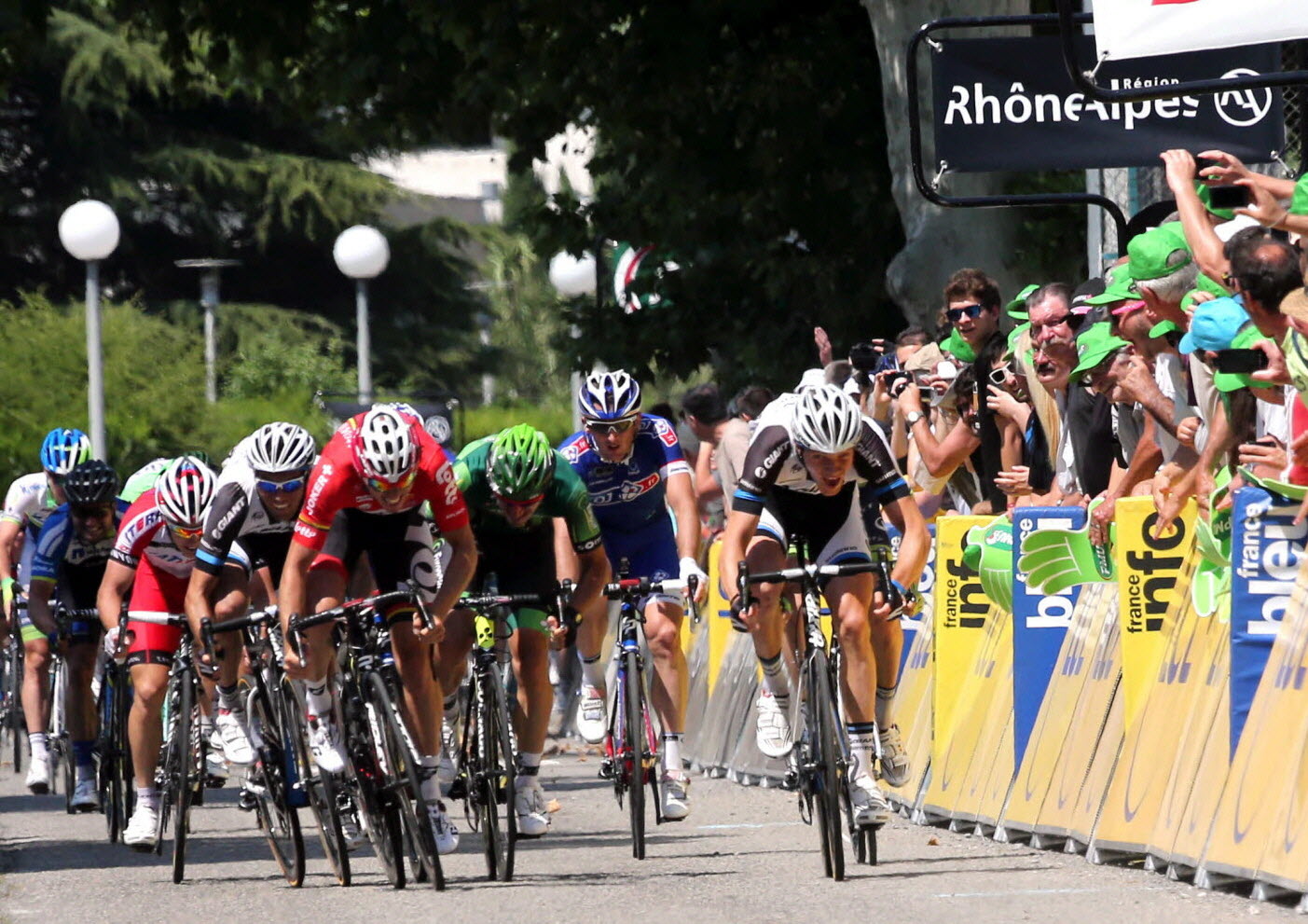 Ardèche maouche
Maouche, or maoche, a culinary specialty typical of the Ardèche plateau, is a pork belly filled with stuffing made from cabbage and sausage meat.
The stuffing can be made with lean pork and bacon, or incorporate other vegetables: carrots, potatoes ... In southern Ardèche, green cabbage and prunes can be replaced with chard leaves or spinach to make “pouytrolle”.

The Tour de France had never stopped at the top of this hotspot of Resistance in Cévennes (1,571 m) but it still rode over it in 1987 in the 17th stage between Millau and Avignon. Italy’s Silvano Conti was first at the top, then rated as a 2nd category climb but the stage was not going up the dreadful Col de la Lusette unlike this year.
Dutch sprinter Jean-Paul Van Poppel had won the stage in Avignon while Charly Motte retained the yellow jersey. It is also on col de Perjuret on the hillsides of Mont Aigoual that Frenchman Roger Rivière crashed heavily in the 1960 Tour, an accident that put an end to his career. 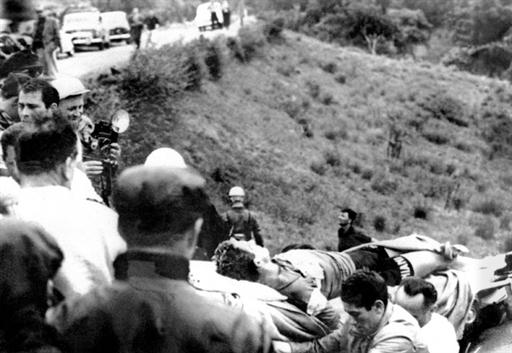 Le Vigan apples
Renowned since the 18th century, the Reinette du Vigan apple has managed to survive the appearance of new, more profitable varieties, thanks to the passion and loyalty of the locals for their terroir. The variety is tasty, easy to cook but also gives excellent apple juice. It owes its success to a land where orchards benefit from the sunshine of the Mediterranean and the pure waters rising on Mont-Aigoual, making it special and unique. Harvested from September to October, the Le Vigan apple can be kept for the whole winter.

The Apple and Onion Market in Le Vigan. 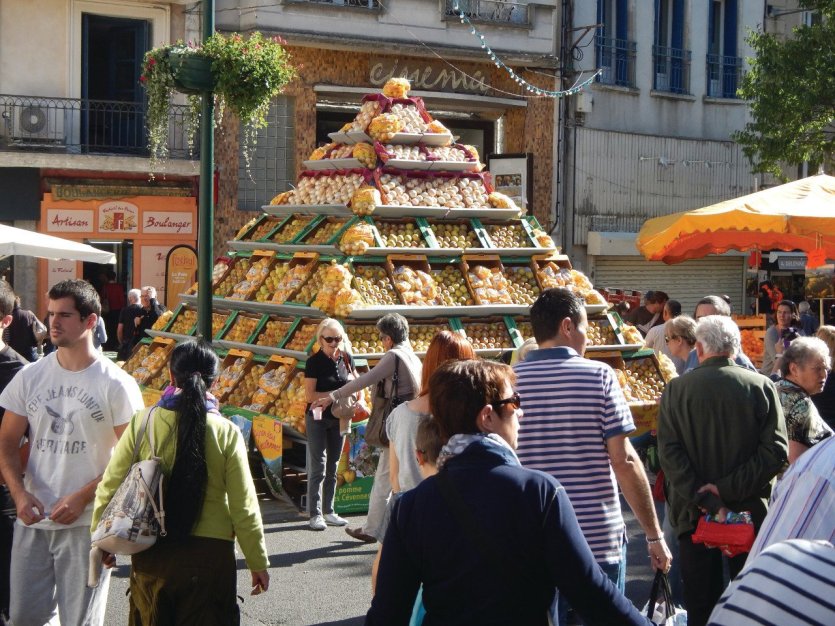