The 20th stage of the Vuelta a España leads from Arenas de San Pedro to the Plataforma de Gredos. At 190.4 kilometres, the race features a series of intermediate climbs that amount a substantial 4500 metres of climbing, (nearly 1000m more than stage 18) before the final haul is an irregular ascent with ramps up to 15%, but with an average slope of 3.8.

The penultimate stage of La Vuelta is a war of attrition. Without any long or steep descents the race is an onslaught of uphills and downhills. Arenas de San Pedro is a small town west of Madrid.

The riders travel on the flat to the foot of the Puerto de Pedro Bernardo, which is a steady climb of 18.4 kilometres at 4.4%. 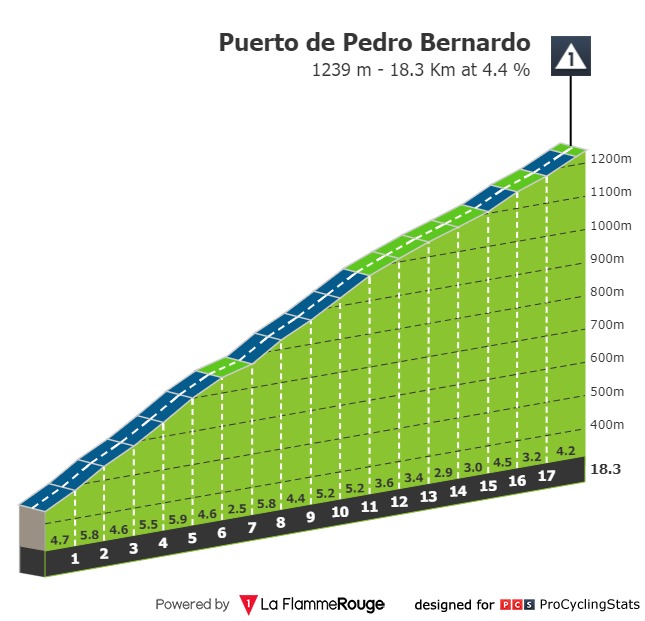 Following a short drop the route continues to climb on the Puerto de Serranillos. Back in 1983, Bernard Hinault dropped his rival Julián Gorospe on these 9.2 kilometres slopes. The summit is crested after 45.5 kilometres. 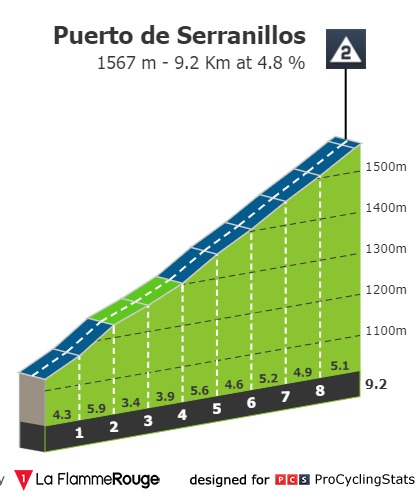 The long descent of the Serranillos leads onto the Alto de Navatalgordo, which is the steepest climb of the day, albeit short: 3 kilometres at 7.2%. 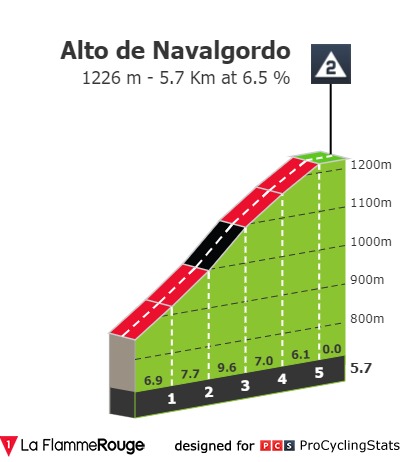 The route continues to go either up or down, but it takes a while for another opportunity to gain KOM points. At kilometre 119 the riders reach the summit of the Puerto de Chía after a 3 kilometres climb at 4%. Not hard in itself, but the energy-sapping road to get there wil have done some damage by now.
Up next is the Puerto de Peña Negra. This ascent also featured in last year’s Vuelta, although it was tackled from the other side on stage 9 (Ben King win). This time the climb begins in Piedrahíta and the road to the top is 14.2 kilometres long, while the average gradient sits at 5.7%. It is an extremely steady toil. 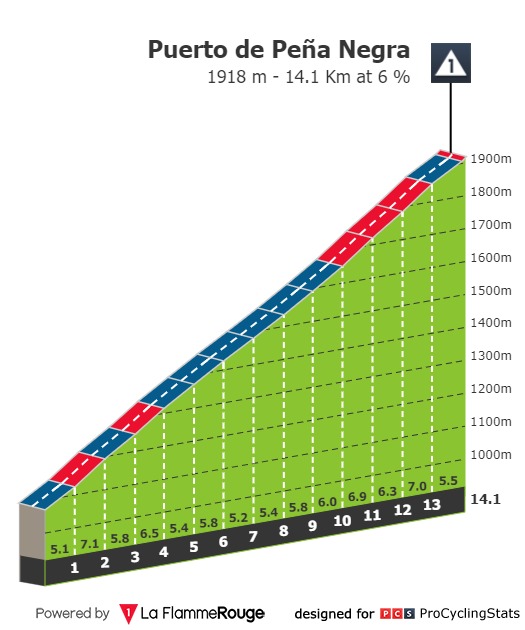 The Peña Negra is crested with 34.2 kilometres remaining. The riders plunge down to an undulating section to the foot of the last climb in the Sierra de Gredos The riders tackle the ultimate ascent to reach the Plataforma de Gredos after an irregular ascent of 9.4 kilometres at 3.8%, but with ramps up to 15%. It is the end of the road, literally. After the Plataforma the only way to continue is on foot.

Favourites 20th stage 2019 Vuelta a España
Perfect terrain for the breakaway, while one could also lose El Rojo in a blink of an eye.
Time is running out. Riders who are still in the mix to move up on GC (or another classifications) have only one day left to gain time on their rivals. While relentless attackers without a stage win could use this race to bounce back by taking the spoils for a chance.
Odds are we will see two races for the price of one. A group of strong climbers who are out of GC contention – and still motivated – are likely to form the breakaway. At the same time, other riders are eyeing up a podium spot, want to move up in the top 10, or – it would be very ambitious – go all out for the overall victory.

6,556 inhabitants.
With its strong Castilian tradition, the landscape around Arenas de San Pedro coincides with what any visitor might expect of a typical town in the province of Ávila. It is a town with a marked medieval presence, with its maximum exponent being Puente Aquelcabos. This bridge dates from the 14th century, and its stones span the River Arenal, one of the tributaries of the Tiétar. This watercourse will accompany the peloton the whole way through the Sierra de Gredos. 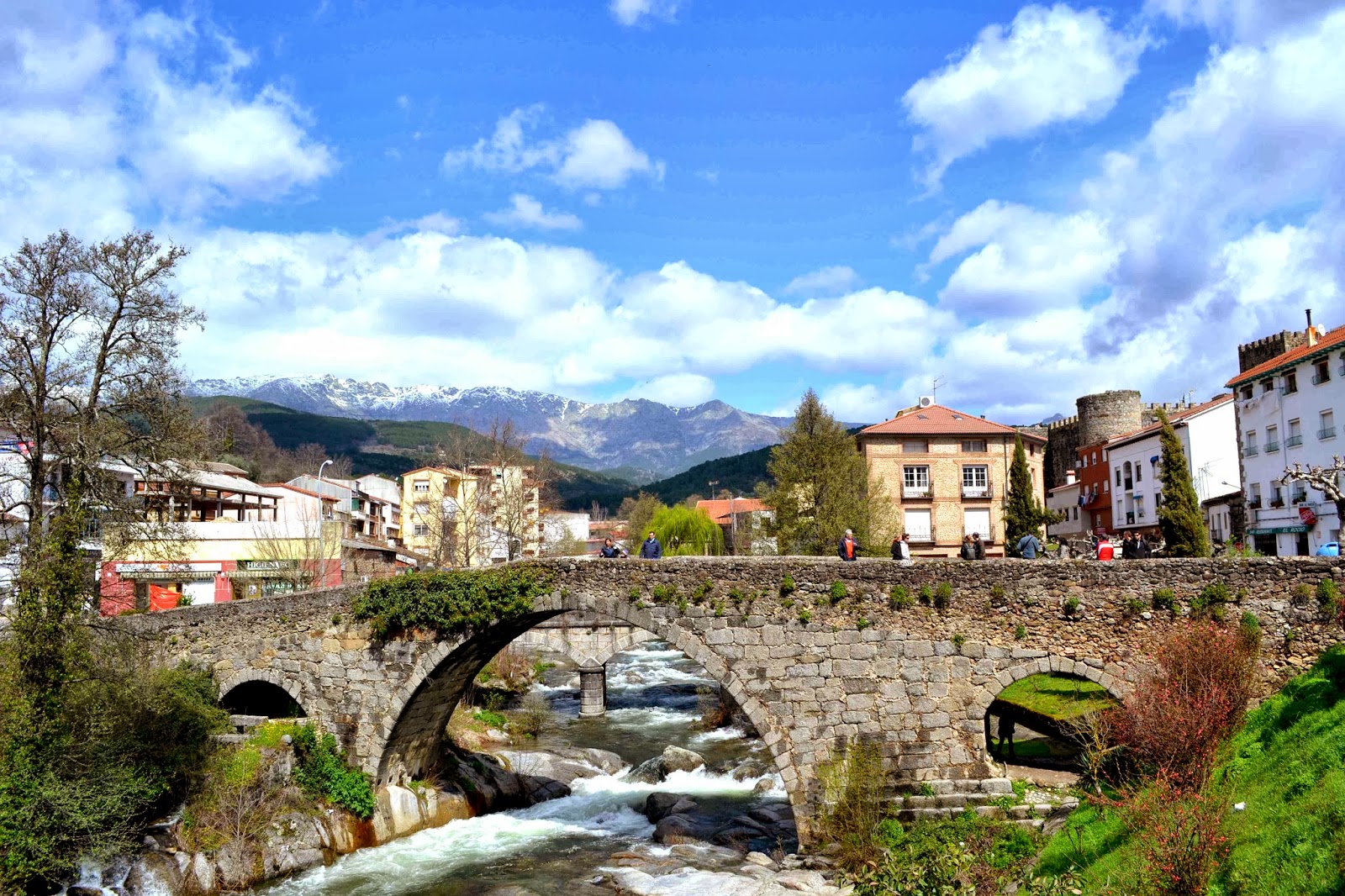 Plataforma de Gredos
Unprecedented Vuelta finale.
In 2019, La Vuelta is paying its first visit to this beautiful Castilian mountain pass, one of the more popular areas for hikers and people visiting the Sierra de Gredos. This peak rises to a height of 1,700 metres, within a mountain range dominated by Mount Almanzor, at 2,600 metres. It should therefore come as no surprise that Ávila has been home to some of Spain’s finest mountain cyclists, as proven by legendary riders of such stature as Julio Jiménez, 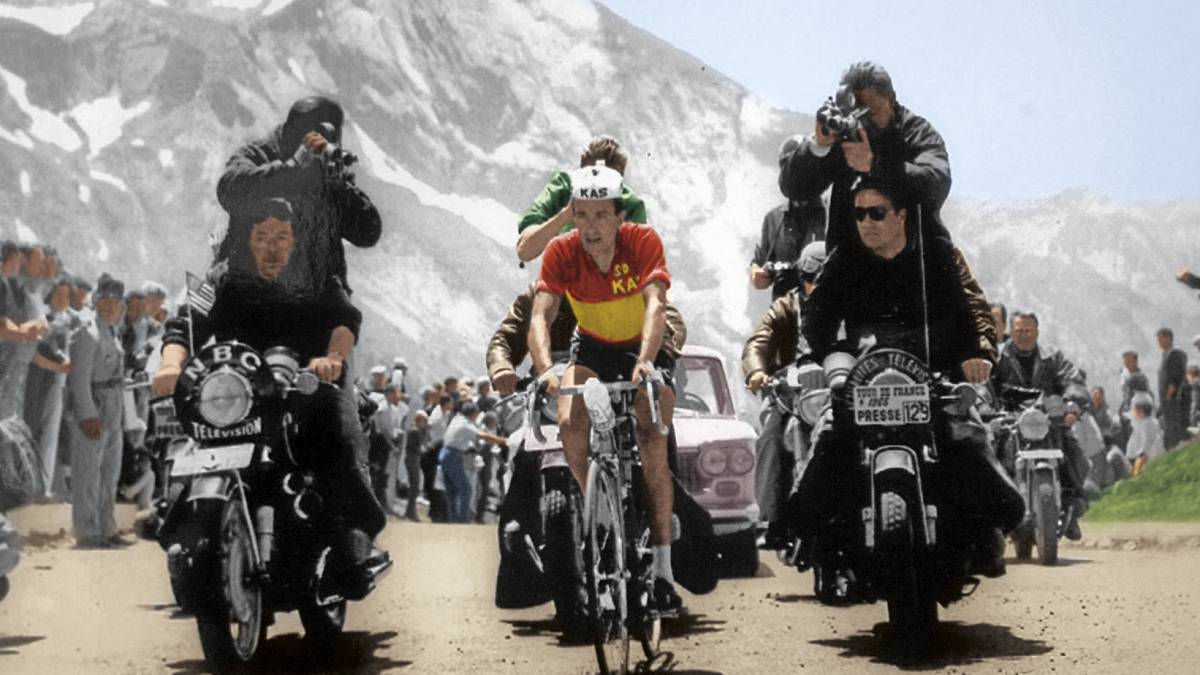 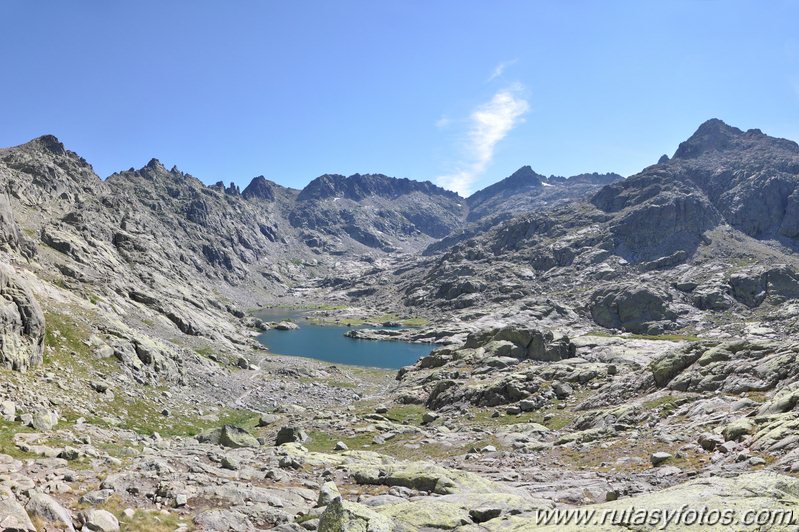