The race heads into the Alps for its first grueling day of 207 kilometers that climb the Col de Vars (2,109m) and the Col d’Izoard (2,360m) before dropping down to the town of Briançon. They then cross the summit of the Galibier (2,642m) via the Col du Lautaret, before descending to the finish in Valloire. 1972 saw the victory of Eddy Merckx in the yellow jersey on a half-stage. Luis Ocaña was suffering with a chest complaint and lost time and so fourth title for the Belgian champion was on the horizon. 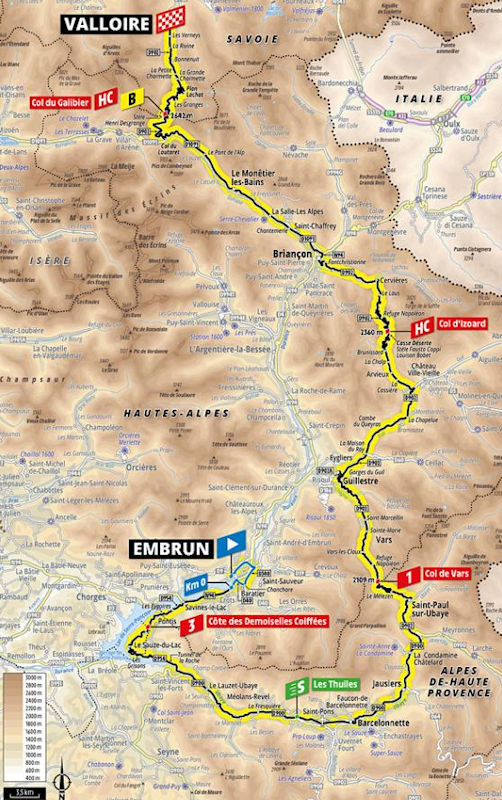 The race leaves from Embrun, in the 2013 Tour de France host to a climbing time trial that was won by Chris Froome. Four years later, in 2017, a stage set off in the Hautes-Alpes village and went to Salon-de-Provence, where Edvald Boasson Hagen brought the early break home.
Valloire has rarely been included as an arrival. Obviously the village was a passage on numerous occasions on the way to the Galibier and in 2013 a stage left from Valloire to Ivrea. Attacker Beñat Intxausti took the win that day, outgunning Tanel Kangert and Przemyslav Niemiec in the sprint.

The climbing gets underway with the 3rd category Demoiselles Coiffées to warm the legs. Following a short descent, the route continues false flat to the Col de Vars. The 9.3 kilometres climb at 7.5% is crested at kilometre 85.5.

Two hors-catégorie climbs left, so now it is getting serious.

Back in the valley the route starts to climb immediately, although at shallow gradients. If you add this section to the actual climb, the Col d’Izoard is 32 kilometres long. Yet, the official ascent begins when the riders leave the D947 with a sharp left-hander. Seen in this light, the Izoard is 14.1 kilometres long and the average slope sits at 7.3%.

After Briançon the riders tackle the Galibier, which is a massive ascent of 23 kilometres long. Actually, the first 15 kilometres are the Col du Lauteret, which is a friendly ascent with gradients hovering around 4 to 5%. But then the climb ups the ante with an average gradient of 6.2% in the second part, while the last kilometre climbs at 9%.

After its crest – where the first three riders pocket time bonuses of 8, 5 and 2 seconds – the route continues with a 19 kilometres descent to the line in Valloire.

Population: 6,150. 17,270 for the Community of communes of Serre-Ponçon
ts climate, among the driest and sunniest in the region, earned Embrun the nickname of “Nice of the Alps”. Form its rock, it overlooks the artificial lake of Serre-Poncon, the second largest in Europe, to which gather every summer the most seasoned triathletes for the annual Embruman. In July 2013, the Embrun man was a Britishman by the name of Chris Froome who dominated the individual TT to Chorges to strengthen his yellow jersey and tighten his grip over final victory in the centenary Tour.

In 2008, Embrun was the launch pad to a stage to l’Alpe d’Huez won by Carlos Sastre, who also seized the yellow jersey that day. In that edition, Embrun had the privilege to host two stage starts. The first had been won in Prato Nevoso, across the Italian border, by Simon Gerrans.
In 1973, the peloton left Embrun for Nice and Spaniard won the first of his three stage victories on the Tour, one year before finishing on the podium behind Eddy Merckx and Raymond Poulidor. Embrun is also the hometown of Eric Boyer, fifth in the 1988 Tour de France and the former manager of Team Cofidis.
In 2017, Embrun was the start of a stage to Salon-de-Provence in which Edvald Boasson-Hagen proved wiser than Niklas Arndt when he took a roundabout by the better side to beat his breakaway companion to the line.

Lake Serre-Poncon and St Michel Chapel.
The devastating floods of the Durance, in 1843 and 1856, led to the idea of building a dam. Technical difficulties were many and it is only in 1948 that a Moscow-born engineer, Ivan Wilhem, presented a viable project. The works started in 1955 and villages were flooded in 1959 and 1961. Some 1,500 persons had to be displaced and the villages of Savines, Ubaye and Rousset disappeared underwater. Savines was rebuilt and the new Savines-le-lac was inaugurated in 1962. The Serre-Poncon lake is the second largest artificial lake in Europe.

On the Route: Col d’Izoard (2,361 m).
"It is the privilege of the Izoard to distinguish the champion," wrote Jacques Gooddet. For many years, the Izoard was indeed the pass in which the victory in the Tour de France was decided. Henri Pélissier, in 1923, was the first to dare challenge the climb when he attacked on it, leaving his rival Ottavio Bottechia trailing by fourty minutes at the top. Gino Bartali was the second to use the Izoard as a launching ramp to Paris both in 1938 and 1948, when he defeated Bretons Louison Bobet and Jean Robic.

La Casse Déserte, with its stony chimneys at 2,220 m and its arid aspect, is a key sector of ​​the Izoard, often exposed to the wind. On leaving it, after a short descent, appears the stele dedicated to Louison Bobet and Fausto Coppi, whose plaques are affixed to a monolithic rock. From there about two kilometres remain with a slope close to 9% up to the top.

Better know for its ski champions than for its cyclists, Valloire is still familiar to the peloton as it is the closest village to the Galibier. The most famous cyclist in the history of the lovely ski resort is probably the local priest who, in 1922, gave his bike to Eugene Christophe. The first holder of the yellow jersey had - again! – broken his fork in the descent of the Galibier and had been forced to borrow this bike to make it to Geneva.

Specialties: diots of Valloire (made with carrots, red beets, beef), 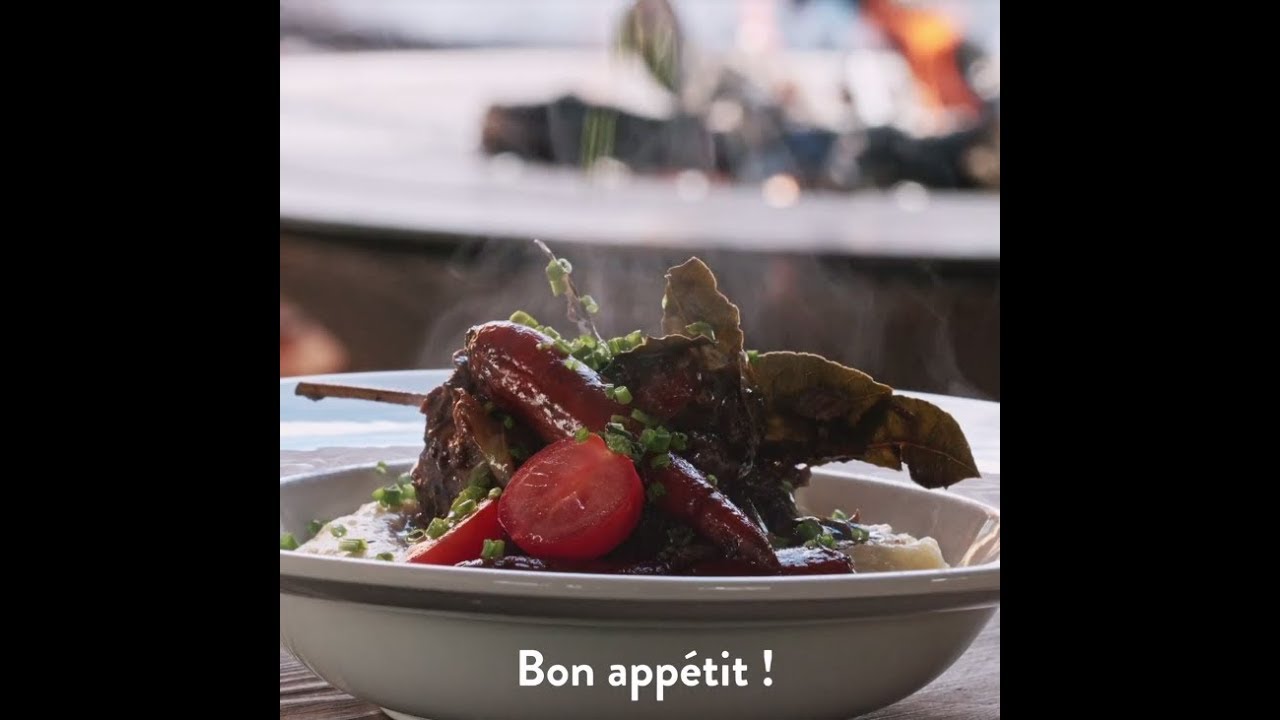