blazing_saddles Posts: 18,077
September 2016 edited September 2016 in Pro race
Ok, so it's come up in yesterday's stage chat. Thought we might as well start tomorrow's race thread now and see what folks can come up with on this latest comedy climb finish. 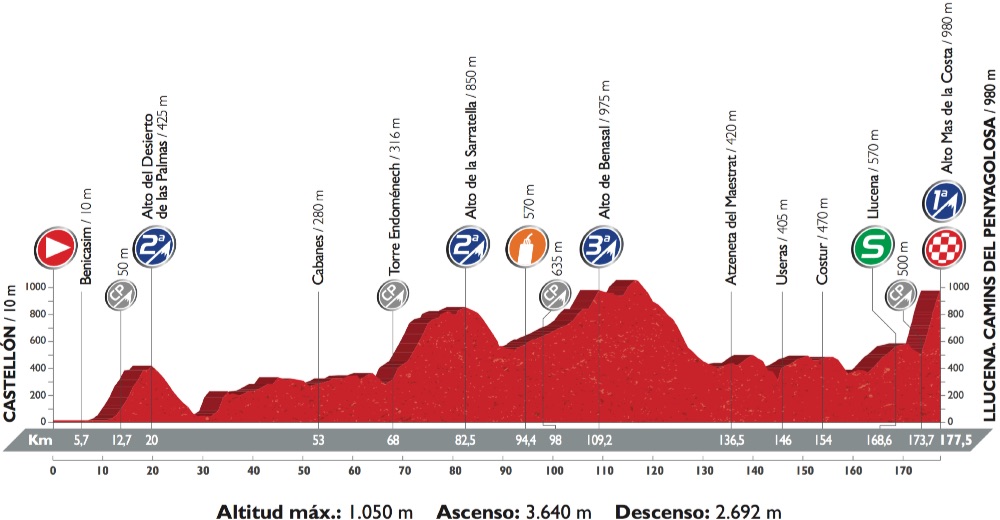 Following a rest day, we have a 177.5-kilometre stage with another high-altitude finish in the unprecedented Mas de la Costa, in Llucena. It is a short mountain pass, just 4km long, with an average inclination of 13% but with peaks of up to 22% that may cause serious problems for more than one. It will be a great innovation for the 2016 Vuelta. The race, true to its style, discovers yet another mountain pass that will, undoubtedly, become a global reference after its inclusion in this year's edition of the Spanish tour. The battle among the top classified riders will commence from the beginning of the climb and could put an end to the hopes and dreams of some of the favourites.