The Stealth Pub Fixie is born!

robbarker Posts: 1,367
May 2008 edited May 2008 in The bottom bracket
A few years ago, a friend of mine, intent on emigrating, gave me his old early 90s time trial bike. It consisted of a Reynolds 531 Competition frame with the tightest angles and clearances this side of a track bike, 28 spoke wheels with wonderful Mavic sealed bearing hubs and not-so-wonderful Campagnolo Omega Hardox rims, bulhorns and more than it's share of rust spots. More to the point, it had cool forward-facing horizontal dropouts and it was free... FIXIE TIME!

A few hours, a couple of cans of primer and matt black spray paint, a fixed hub and sprocket, and an old stem, riser bars and brake lever scavenged from the parts bin later, 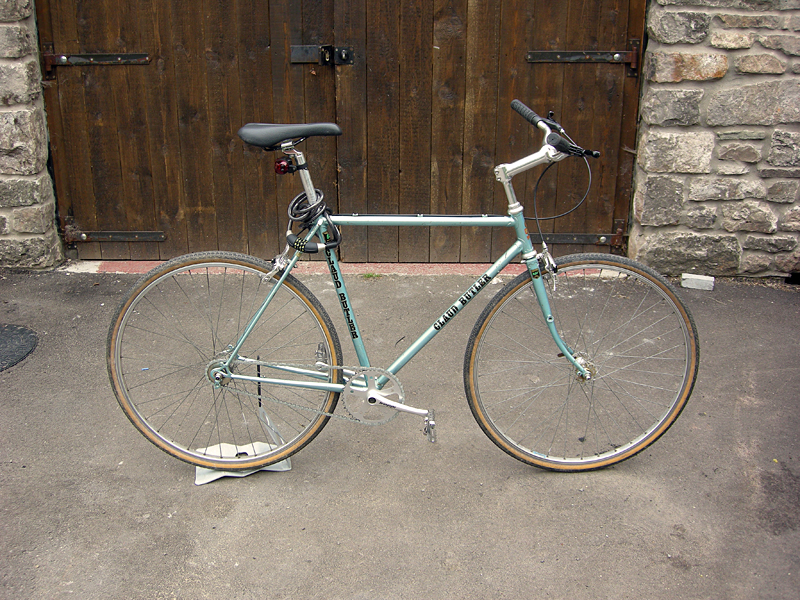 It's an absolute blast to ride. It's currently running 52/22, which will change to 46/22 when my new chainring arrives (the pub is 1.5 miles up a long hill away!) and the tyres are so tight on the rims, which, interestingly, have no braking surfaces, that CXP33s are shortly to be laced on in place of the Campags.