This is a medium mountain stage through the heart of the Pyrénées Ariégeoises and the rugged Couserans region to Saint-Gaudens. The stage of the Tour de France is tailor-made for a successful breakaway. It gets under way with a long descent from Pas de la Case down the Upper Ariège valley. At Tarascon, the route switches from north to west. The riders will follow the road that leads out of the mountains through the villages of Aspet and Soueich, where Ineos Grenadier's "Russian", Pavel Sivakov was raised. 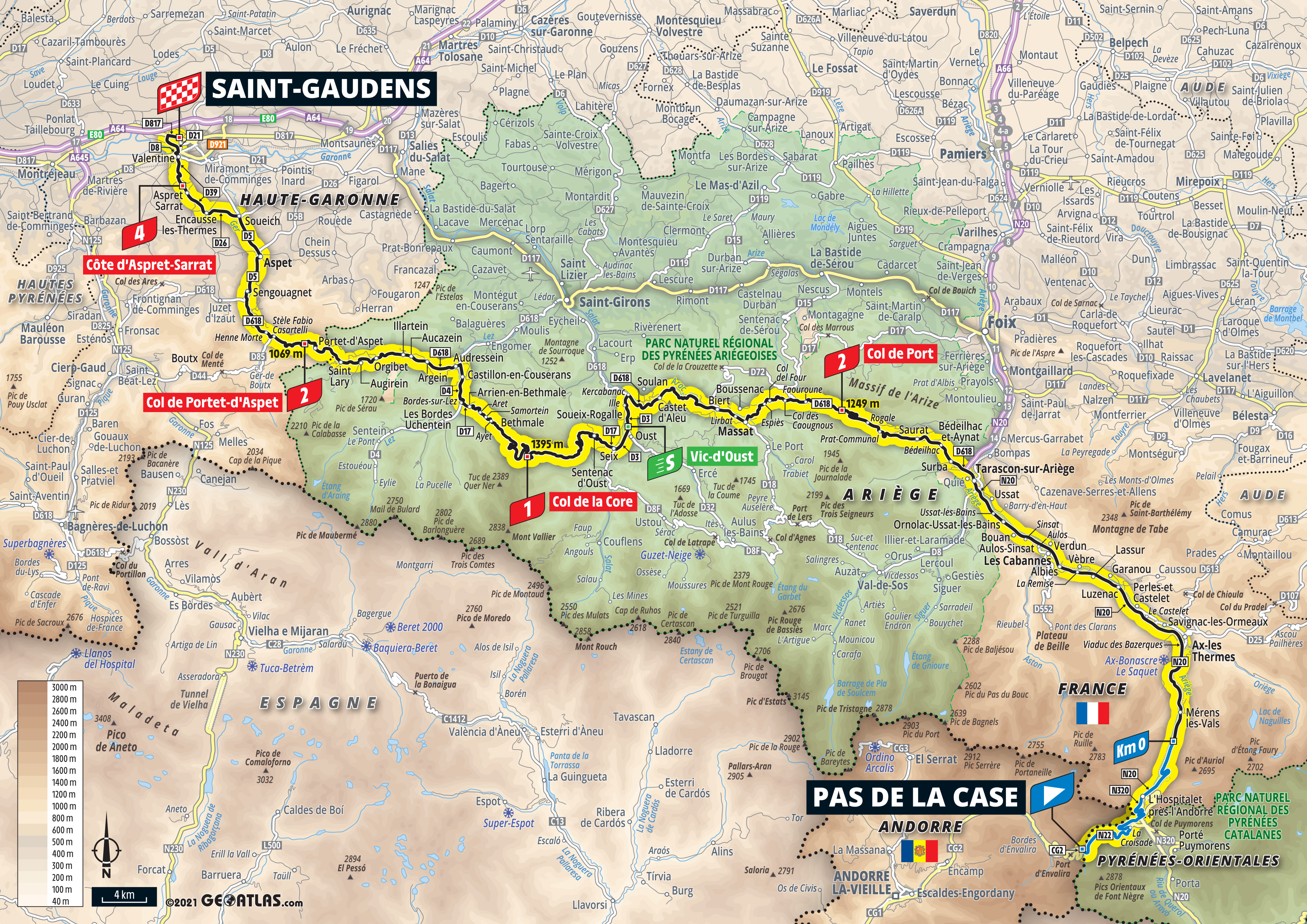 The route continues to descend, albeit false flat, and moves through Ax-les-Thermes and Tarascon-sur-Ariège before the first climb of the day appears after approximately 40 kilometres.
Following three climbs (two 2nd catergory, one 1st catergory) but for a short, 4th catergory ramp, the finale is virtually flat, except for a short uphill kicker inside the last 10 kilometres. 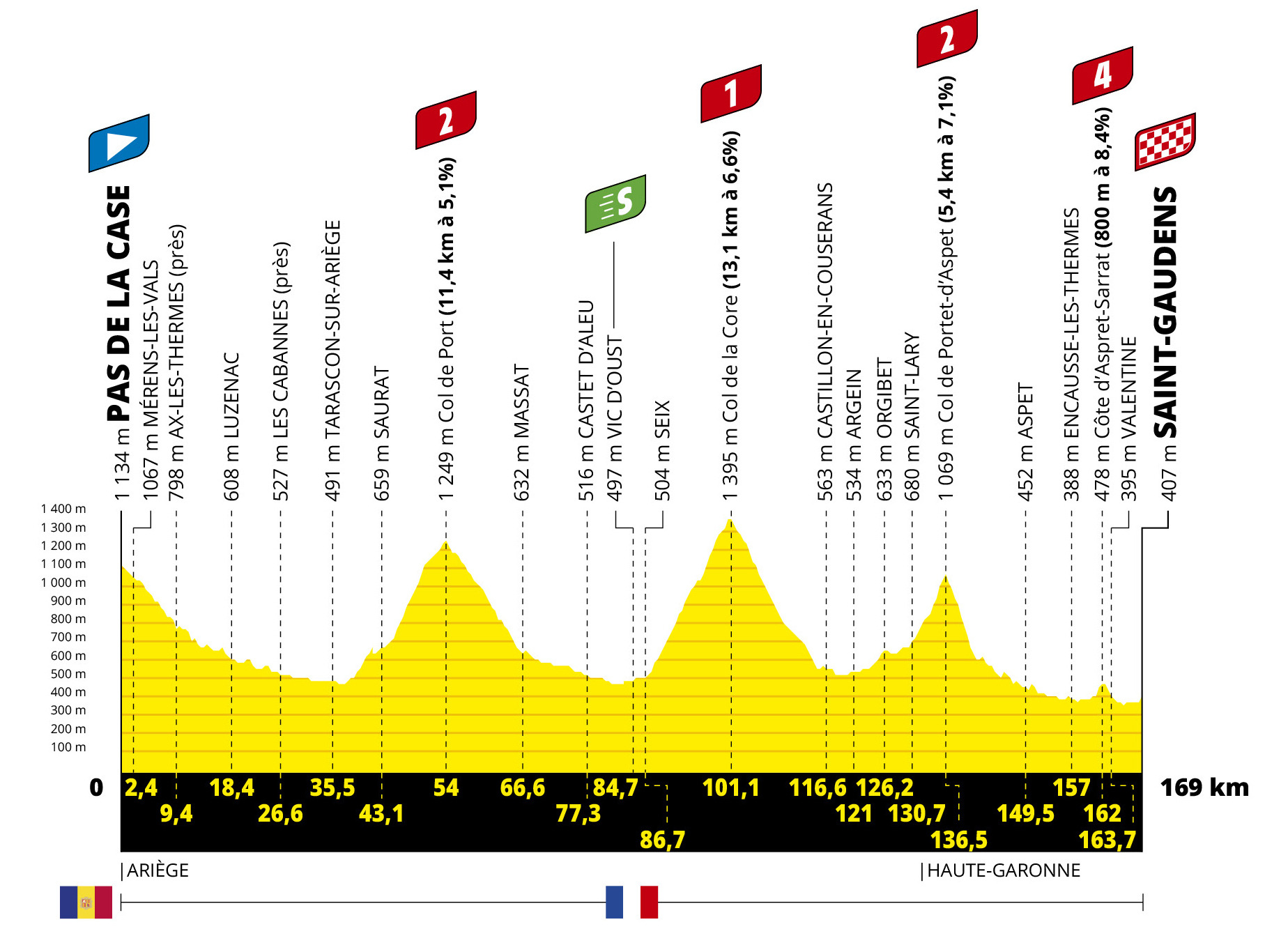 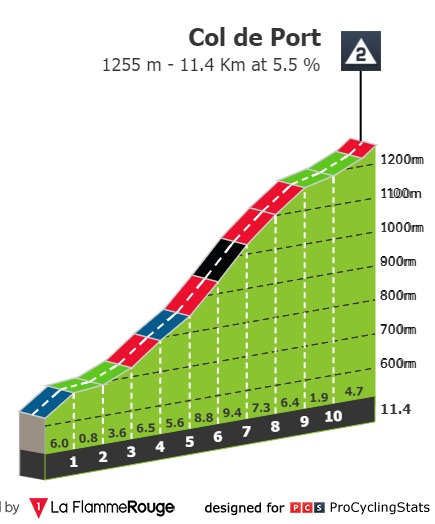 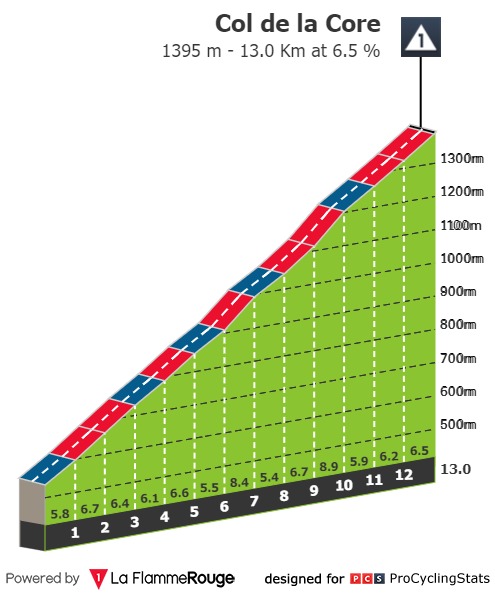 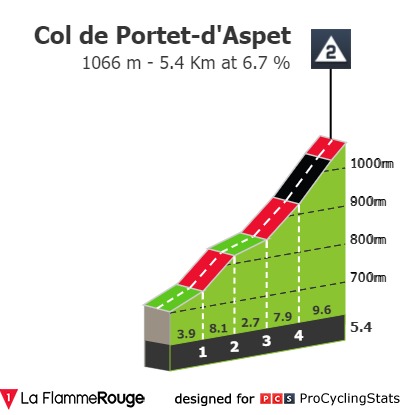 Final Kilometres
The final 500 metres to the line, which is located on what was once the Comminges motor-racing circuit, are quite sharply uphill. 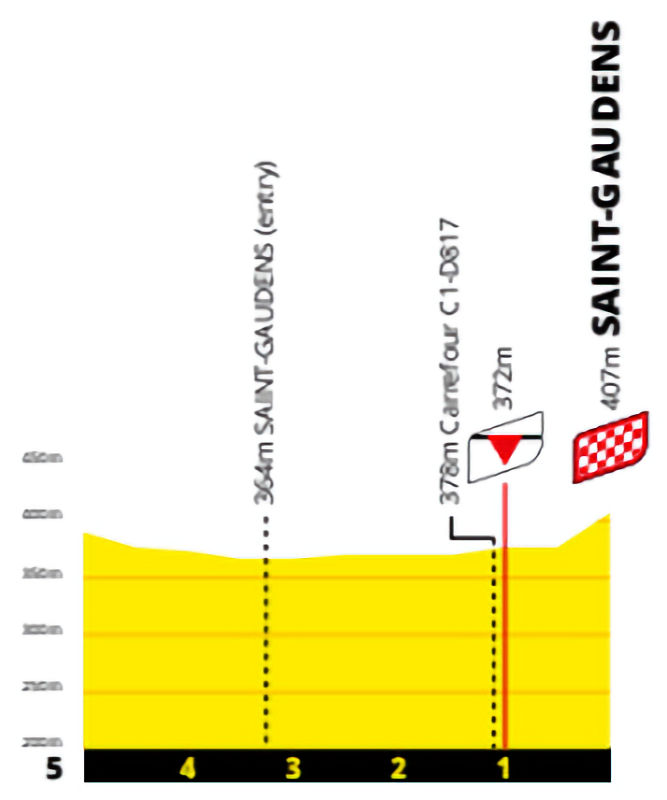 As this stage is one of the very last chances that teams without an in-form GC leader or sprinter will have to go for a victory, expect there to be a lot of interest in getting into the break. This breakaway is more likely to be successful than most.

Tourist resort in the parish of Encamp in Andorra
Population: 3,000
El Pas de la Casa is an Andorran town and ski resort in the Pyrenees mountains, near the French border. Sitting at the Pas de la Casa mountain pass, it’s part of the Grandvalira ski area. The two main sources of wealth are trade and winter sports. The beginnings of the commercial fabric of Pas de la Casa date back to the end of the Second World War, a time of great economic and commercial crisis in France. The village was known as the place to find products that were not available anywhere else at that time.
In the winter of 1956-57, the first ski lift was installed to link the town of Pas de la Casa with the summit of Pic Blanc, at an altitude of 2,500 metres. The development of the skiing industry meant the construction of many hotels and restaurants. Consequently, it attracts a large number of British and Irish winter sports enthusiasts, as well as French and Spanish ones. 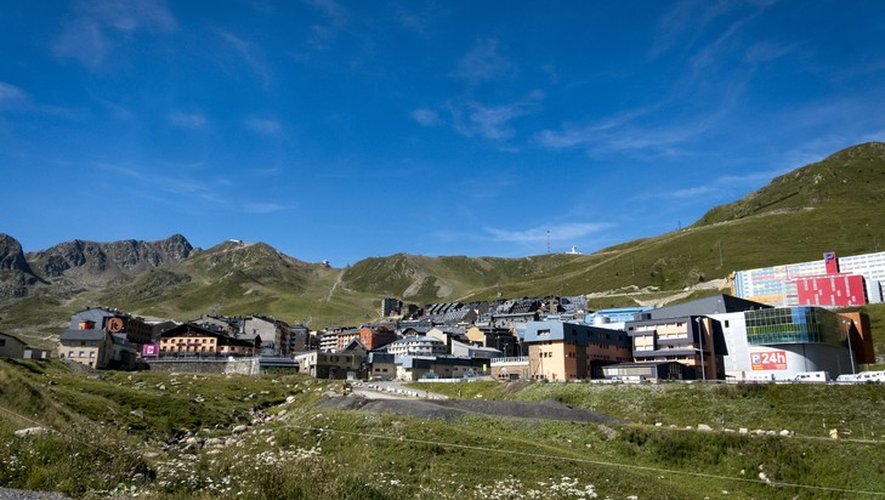 13 previous stages
Population: 12,000
Saint-Gaudens lies at an altitude of 405 m (1,329 ft) on a ledge overlooking the valley of the Garonne. It faces the Pyrenees and is a natural crossroads for routes between the Atlantic and the Mediterranean and between Toulouse and the Val d'Aran in Catalonia.
Saint-Gaudens has been inhabited since ancient times. The town later developed around the 11th century Romanesque church.
Saint-Gaudens is one of the Pyrenean towns whose name is familiar to cycling fans. Situated at the crossroads of the various Pyrenean routes, the town has hosted nine stage finishes and ten starts, the last of which was in 2009. In 1970, for example, Bernard Thévenet left Saint-Gaudens to win his first stage in La Mongie.
During the last two visits of the Tour to the town, Saint-Gaudens served as a springboard for Pyrenean stages won at the Plateau de Beille by Jelle Vanendert in 2011 and in Saint-Lary-Soulan by Rafal Majka in 2014.
In 1955, Louison Bobet finally donned the Yellow Jersey here, during the first of his three, consecutive wins. 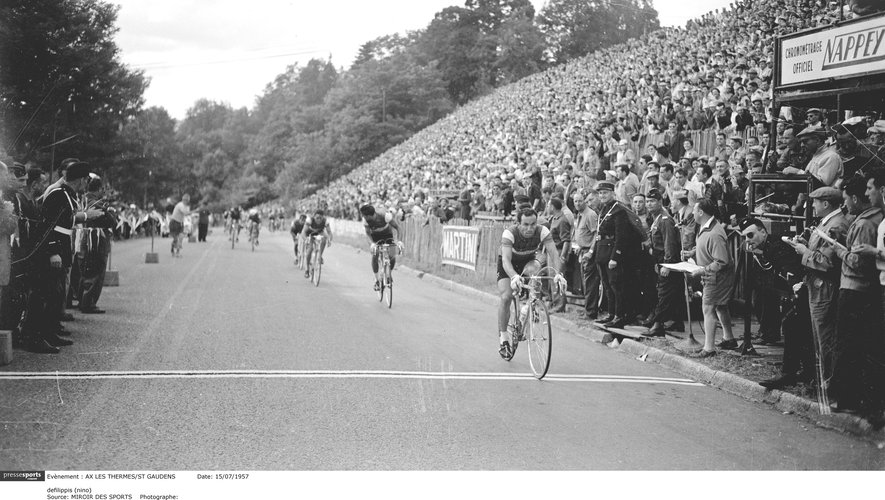 Mounjetade
Mounjetade, which takes its name from the Occitan word munjeto (white bean), is the Ariège version of cassoulet. It is also the traditional dish of Comminges and Saint-Gaudens. 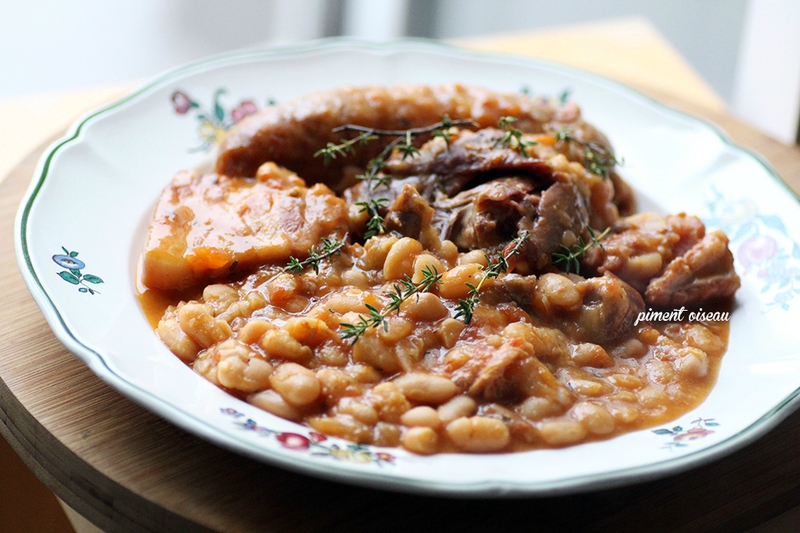