sam w Posts: 21
February 2018 edited October 2019 in Workshop
A quick tip that might save you a lot of money. The RS505 hydraulic shifters have replaceable cable guides within the body. I'd not considered that these should be treated as a consumable item, the cable slowly wore through the guide and I only realised when it had cut through the shifter body itself and eventually became completely jammed in the ratchet mechanism. I can't see any way to repair the damage, and ended up having to buy a new shifter.

Replacement cable guides cost less than £2 (Cable Guide A - Right - Y03N75000 or Cable Guide A - Left - Y03M75000), a new shifter costs £140. I'd recommend replacing every time you put in a new cable, mine wore through after a few months of use, there was no visible damage to the cable or any other factors that would obviously accelerate wear.

Couple of photos for illustration
Shifter body as it should look 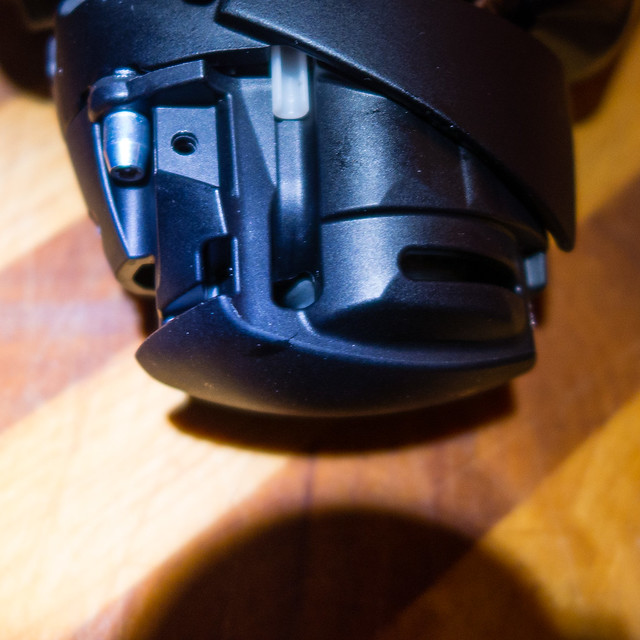 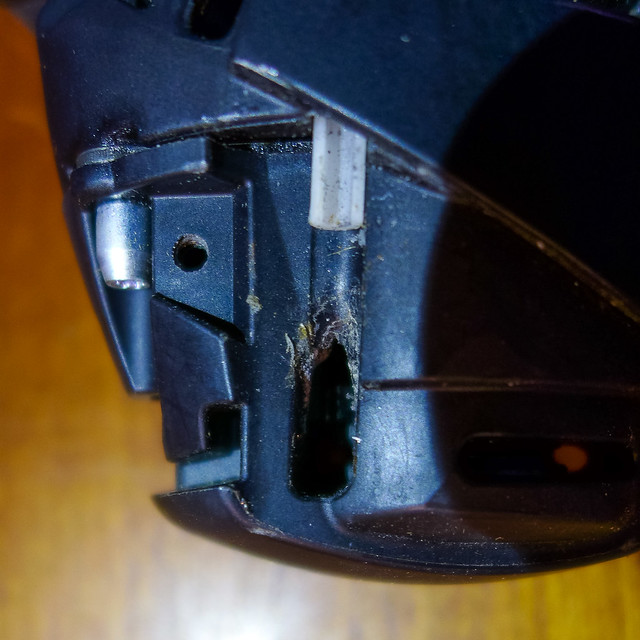