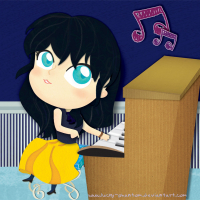 awavey Posts: 2,368
June 2017 edited June 2017 in Pro race
now in its 4th edition, Lizzie Deignan returns as the defending champion of the Women’s Tour, and headlines the start list for the 2017 edition of the UCI Women’s World Tour event which includes all 15 top UCI ranked women's teams and most of those top teams best riders, plus a number of invited teams.

The total race distance is 654km this year, up from 498km when it first started, and gets underway in Northamptonshire, tomorrow (7th June) with Stage one 147.5-kilometres between Daventry and Kettering. this year the leaders jersey will be green in deference to the new sponsor OVO energy

Stage 2 is Stoke-on-Trent and Saffordshire, Stage 3 Warwickshire, Stage 4 Derbyshire before the final stage on Sunday in the heart of London.

highlights of the days stages are on ITV4 at 11pm and follow after the Criterium du Dauphine highlights, except for Saturday when they switch to 8pm.


not convinced Lizzie is favourite for GC this year, the race awards bonus seconds and last year was the first time the bonus seconds hadnt really impacted on the GC winner, but most of the stages are expected to be sprint finishes, though there might be a chance on Stage 4 to form breakaway, but its likely to be close heading into the final crit stage 5 on Sunday,
0