New guy on the South Coast

I haven't done much in the way of cycling over the years, the odd bit of commuting, but that's about it. Towards the end of last summer I purchased a very cheap (£15) second hand Saracen Rufftrax with the view to hooning around the local scrubland. I did just that, with the company of my brother, and pushed the bike a little far. The brakes were shot and the gearing a bit hit or miss. 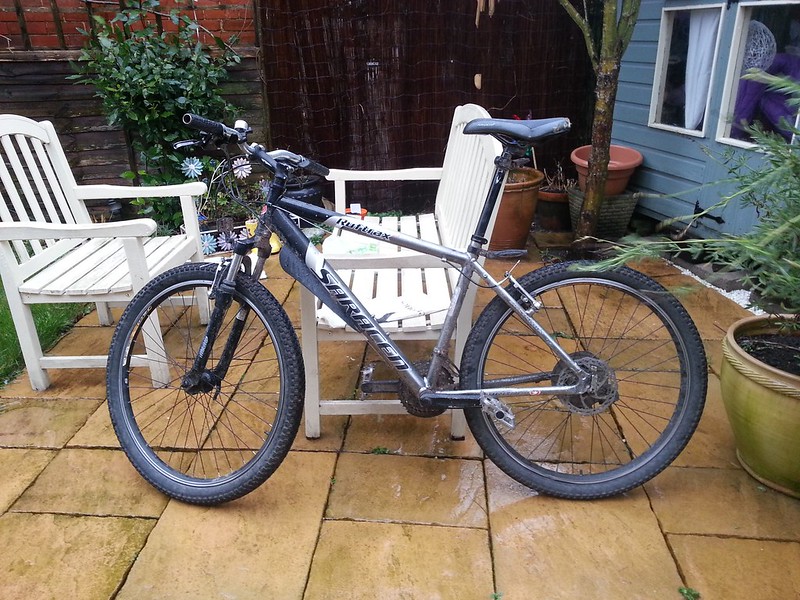 We are both now discussing some more outings, and with the Saracen past it's prime, I've invested in a new bike. In the spirit of cheapness I went for another second hand bike. It needs a few bits doing, but for £65 I wasn't going to complain.

So here it is, a Gary Fisher Wahoo Disc. 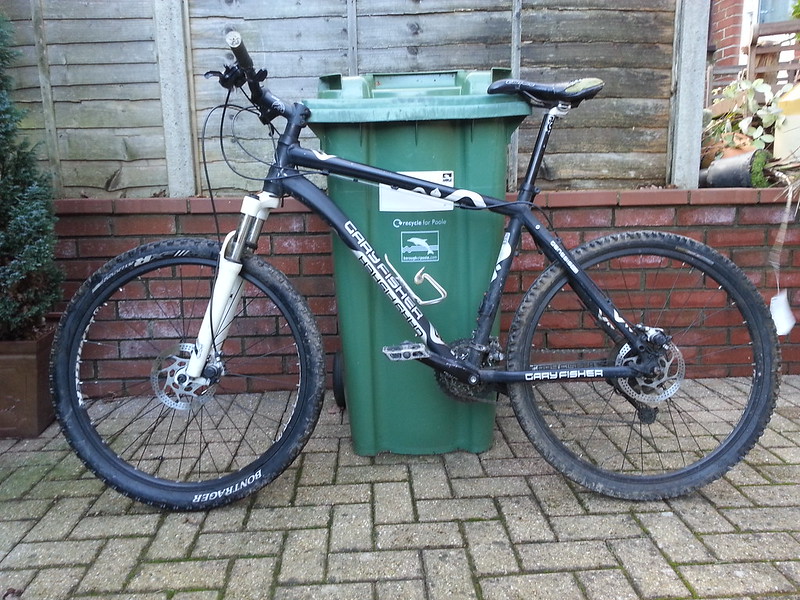 I plan to replace the grips, seat, rear wheel and tyres. Then just give it a good service and ride the damn thing.

Can anyone give suggestions of some good riding locations in the Dorset and Hampshire area? I'm located in Bournemouth and my brother in Portsmouth, so we would be looking anywhere between two and beyond. Ideally want some rough, downhill, traily type locations. 8)
0