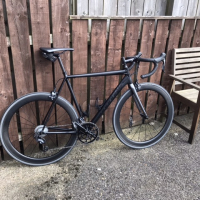 dg74 Posts: 656
July 2011 edited August 2011 in Workshop
Have this on my Boardman Carbon and tonight the rear mech sheared off the bike completely smashing into the rear wheel and breaking spokes.

The bike is less than a year old so the components SHOULD be in top condition but this has really annoyed me. I've taken photos,etc of the mess (as it is a total mess) and have emailed Boardman via Halfords to see what the outcome should be but I won't hold my breath.

Anyone got any ideas of what I could do/what route tot take as this is my first 'proper' road bike and I cannot afford to pay for the damage at the moment.

This discussion has been closed.